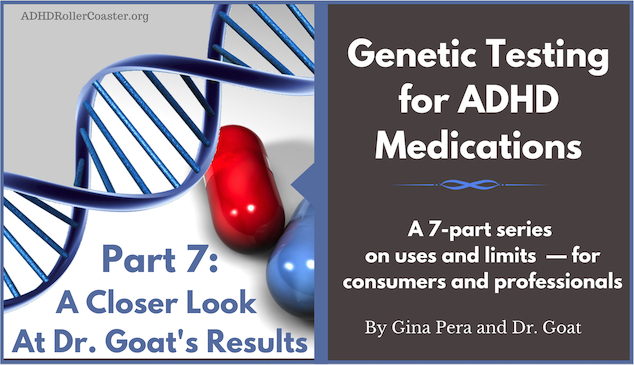 Welcome to the final post in this series on genetic testing to guide ADHD medications. My husband, Dr. Goat, and I greatly appreciate your enthusiastic response.

We based this series on testing that is is no longer available. But the currently existing tests are very similar. The explanations still apply.

The overriding message is this: Be careful about physicians misinterpreting these genetic testing results. Your or your child’s appropriate treatment relies upon being a smart consumer.

Moreover, you needn’t be interested in this testing at all to learn a great deal from this series! 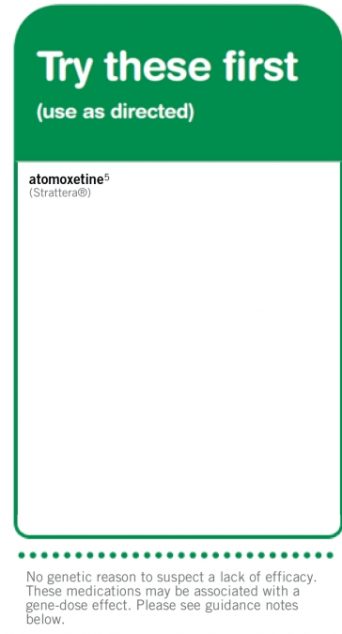 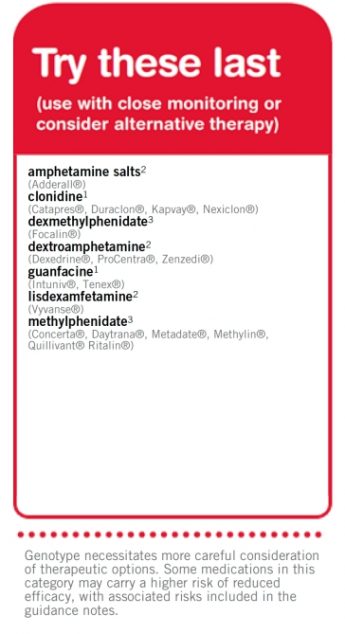 I am indeed taking Strattera, the sole drug recommended under the “Try these first” category. But I’m taking it at a much lower-than-average dose.

As for the drugs in the “Try these last,” column, the test may well be right indicating that they are not optimal for me. But … I was already taking one of these. In short, I have no way to tell without experimenting, and that’s something I don’t want to do unless I have strong reasons to do so. Experimentations can be very disruptive personally and professionally, so I am reluctant to mess around with what seems to be working. Let’s just say I experience profound benefit from Concerta. The idea of stopping it based on misinterpretations of this test? Insane.

Gina would like to pipe in for a second:

Note that the third (try these last) column includes the first-line treatments for ADHD: the stimulants!  It also includes some down-the-line medications sometimes used for ADHD but often with stimulants.

This is an excellent example of how the testing in no way takes into account which medications are most likely to be effective for the condition being treated. 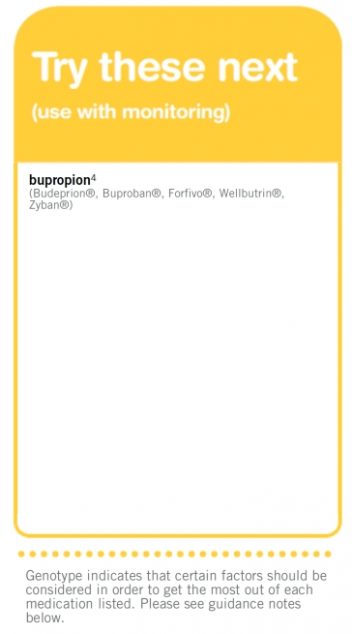 That was the last time I didn’t “start low, titrate slow,” no matter what the prescribing doc said. Gina had had quite enough of physician recklessness by that episode, and she stood firm. It took me a while to join Gina in questioning my MDs. It was hard to accept  that having a medical degree—and, further, being a board-certified psychiatrist—did not necessarily mean that the prescriber would be all that, well, smart. Or even careful.

Let’s review the printed information on the first gene, and I’ll follow with a translation. (To see a larger version, click the image below.)

Remember post 4? The topic was pharmacodynamics (ADHD Medications Pharmacokinetics & Pharmacodynamics) This genotype means the functionality of the protein produced by the ADRA2A gene, namely, the adrenergic alpha-2A receptor, is a bit wonky. 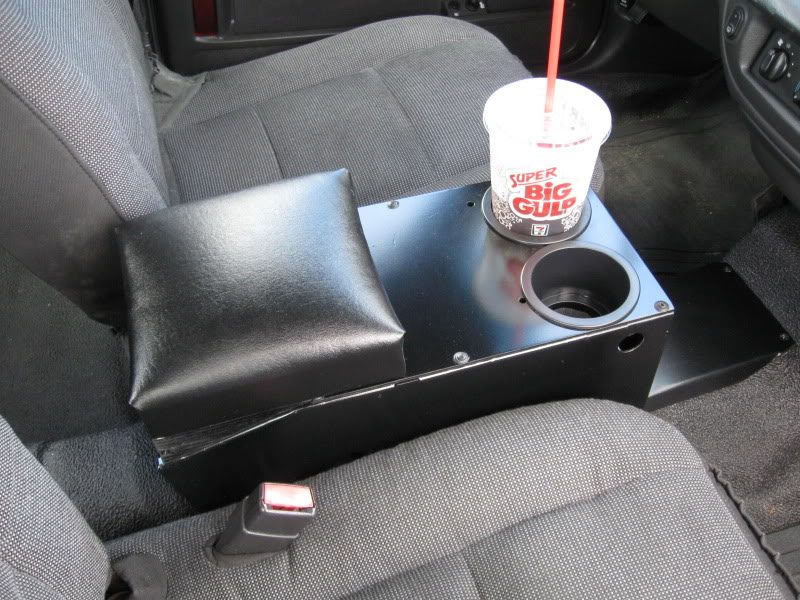 The Big Gulp and the Sausage Maker

Think of the sausage-maker stuffing meat the sausage machine. It’s possible to over-feed that machine, at which point bad things can happen. That’s why your physician and pharmacist should always be consulted before making such changes. 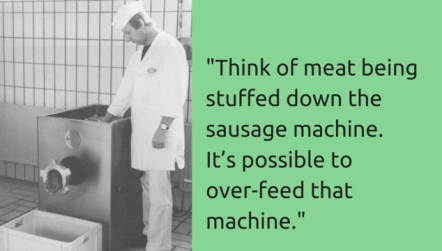 My semi-crappy receptor is not completely trivial. But obvious strategies exist for dealing with it (e.g. higher dosage).

As I said before, we all have semi-crappy genes. I sure Gina has some unsavory genetic variants in her genome … somewhere.

Yeah! A decent genotype for once! This is the most common form of this gene (that’s what the “*1/*1” means), such that the protein is very effective at metabolizing drugs (“extensive metabolizers” – see previous post).

Remember: Only One Piece of the Puzzle

There you have it, folks! In these 7 posts, you have everything you need to know about interpreting gene tests to inform ADHD medication choices.

Does genetic testing for ADHD Medication provide vital information? Maybe, if you have some unusual mutations or you are a very rapid/slow metabolizer. That is useful information.  But is this the best way to identify optimal medication? No. Absolutely not.

There are other puzzle pieces, including the huge number of published studies examining the overall efficacy of ADHD’s first-line medications: namely, the stimulants and Strattera.

Overview of This Series

The full list of posts in this series: Genetic Testing for ADHD medications: Overview

There is no “silver bullet” in finding the best medication(s), at the best dose for you. But there is a relatively straightforward “trial and error” method, as described in Gina’s book, “Is It You, Me, or Adult A.D.D.?”

Gina feels strongly about this topic. She believes that everyone with ADHD deserves the opportunity to optimize medication. Unfortunately, she has also seen this is not readily available—including among many psychiatrists claiming ADHD expertise. That’s why she created this soup-to-nuts online course—on ADHD-related sleep issues and medication.  Course 2: Physical Strategies