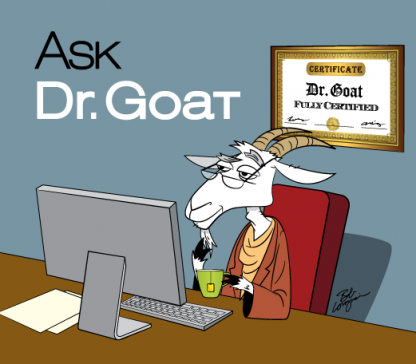 In case you missed it, my husband has ADHD. Diagnosed in 1999. He is also a molecular biologist with an emphasis in genetics. His former girlfriend is a neurosurgeon. But who connected his lifelong “issues” with ADHD? Yeah, this journalist.

I share our story in the introduction to my book, Is It You, Me, or Adult A.D.D.?, excerpted below.

In our house, I’m the expert on ADHD. But he’s the expert on having ADHD. His particular version of it, anyway. He’s long provided moral support for—and valued—my advocacy. But really, he has his own work and interests. So mostly I plow through the ADHD-related scientific research myself. Sometimes, though, there are questions where it’s handy to have a resident scientist.

For example, I became interested in this genotyping test for ADHD medications, from Harmonyx [no longer available, though other companies offer this testing]. Perhaps it would help people with ADHD avoid too many spins on the “Meds Roulette” wheel that too often defines ADHD medication treatment. We have knowledge about genetic patterns that influence how medication work for an individual with those patterns; seems we should be using it.

Did he want to try it? “Absolutely!” he said.  And would he maybe write about it for ADHD Roller Coaster readers? “Sure, why not?” he said.  I paid a visit to the Tennessee-based company while I visiting my family in Memphis, and I was very impressed with their approach and methods.

Dr. Goat is My Husband, Of Course

By now, you’re obviously wondering, but why Dr. Goat? Well, that’s his nickname. (And yes, it’s a long story.)

This cool caricature, at left, comes from my brilliant-designer friend Robert Longmire, at Longmire Creative. (Yes, he also created my caricature in the sidebar to right.)

Dr. Goat and I worked together to produce a series of posts on ADHD genotyping.

Briefly defined, genotyping is “the process of determining differences in the genetic make-up (genotype) of an individual by examining the individual’s DNA sequence using biological assays and comparing it to another individual’s sequence or a reference sequence. It reveals the alleles an individual has inherited from their parents.”

Yeah, it’s a mouthful. I’m trying to make all this understandable to “civilians” like me and maybe you.

Now, as promised, the story of our “discovering” Adult ADHD together:

I wish I’d had this book 10 years ago, when the world was metaphorically knocking me upside the head, teaching me to pay attention to that human organ called the brain. Teaching me to view the brain, in fact, as an organ, vital to our every physical and emotional function yet oh so vulnerable.

At the time, my 84-year-old mother was slipping tragically into an Alzheimer’s-like stroke dementia—recognizing me as her “great friend” but not her seventh and youngest child. It broke my heart. But if her memory had remained intact, it would have broken her heart to see her oldest child and my brother, then age 60, succumbing to brain cancer.

Amidst these family dramas, I met my future husband. Over dinner one evening, this newly minted scientist, fresh from completing his doctoral degree at a neurological institute, sprang this unsettling idea on me: Everything we think, do, or feel happens due to chemical reactions in the brain.

Our Emotions Are Simply Chemical Reactions in the Brain? Eek!

Given all the vulnerabilities of the brain from conception until death—from genetics, viruses, toxins, and even seemingly minor bumps to the
head—it’s a wonder that any of us have a working brain, he said.

I surely didn’t like the sound of that. But there was no arguing with the evidence: Their brain diseases meant that my own mother’s and brother’s force-of-nature personalities would peek out only for brief glimpses in the slow march toward their physical death.

My then-boyfriend’s birthday gift to me that first year together was Molecules of Emotion, written by pharmacologist Candace Pert. She is the
scientist whose team discovered endorphins—brain molecules that affect how pain and pleasure are experienced. That book set me on a remarkable
path of discovery.

Little did I know, though, how much more personal this path would become.  For this brilliant, handsome, and sometimes even sweet man, the one with whom I could laugh and talk for hours on such a broad range of interesting subjects, would slowly start driving me to distraction. Literally. Perilously. 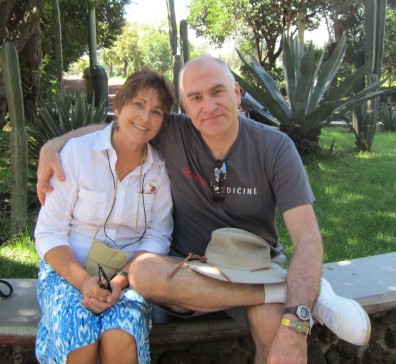 How could someone educated and smart enough to decode the human genome habitually miss the freeway exit and tailgate at top speed? Less
physically endangering (but still unnerving), how could he “mis-hear” and “mis-remember” so often and so significantly?

You’ll just have to trust me that our miscommunications lay far beyond any Venus-Mars or human-scientist thing. It was more like Earth-Spacetime Continuum. Lacking information—namely, that he might have adult Attention- Deficit/Hyperactivity Disorder, or ADHD—my resourceful mind spun plausible theories.

Maybe his recent-transplant status in Southern California left him freeway-challenged.

Or maybe he was simply a scientist, distracted by loftier thoughts as he sped past the exit, forgot an important commitment, or missed a critical cue to show that he cared about me.

Make no mistake: His brain worked brilliantly much of the time. But when it didn’t, when some inexplicable glitch snagged the system, the glaring disparity defied credulity. The fact that he typically failed even to perceive any such glitch, confidently insisting that I had misspoken or forgotten, gave me even more reason to doubt my perceptions.

I had an inkling about why my mother’s strokes and my brother’s brain cancer tumor had affected their behavior the way they did. But what could account for the funny feeling that my physically healthy boyfriend’s puzzling actions weren’t “right” either—not his personality, not his intentionality, but something else entirely.

The Question Nagged At Me

Could his stressful workload be a partial explanation? Possibly. Then, too, it was the dot-com era. Everyone in California was revved up and overcaffeinated, plugging in and tuning out, getting ever more disconnected in their fevered scramble for “connectivity.”

After a few years of futile searches through couples therapy and holistic health routes—dietary changes, exercise, meditation classes, yoga, and caffeine-cessation crusades, all of which helped but not nearly enough!—I chanced upon an eye-catching new title at the public library. It was  neuropsychiatrist Daniel Amen’s Change Your Brain, Change Your Life. Amen’s vivid descriptions of adult ADHD stunned me.

When my husband read it, he agreed that ADHD explained a lot about his life. But how could we, a molecular biologist with a sophisticated knowledge of neurochemistry and a well-read journalist who knew a little bit about everything, not have already known about adult ADHD? Especially that many adults have the “stealth” version (meaning no physical hyperactivity).