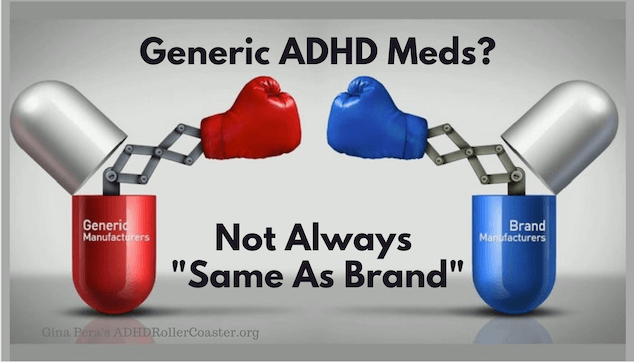 This post reviews events in the news related to ADHD generic medication—as reported here at the ADHD Roller Coaster.

Since 2009, I’ve felt it important to educate readers about generic ADHD medications. That’s when this post first appeared on this topic. The distinctions between brand and generic—especially with novel delivery system drugs—remain relevant today, in 2022.

To save money, many people with ADHD take generic medications. Is this a good idea? That depends on the medication—and the person taking it. A medication such as Strattera does not depend on a fancy delivery system. In comparison to novel delivery-system drugs such as Concerta, Strattera lends itself better to a generic (atomoxetine).   Even then, much depends on the generic manufacturer.

I recap events from 2009 to 2022, offering links to my other articles on this topic:

But First: Generic Not Always “Exactly the Same”

Physicians—and pharmacists—tend to assure patients that generics are “exactly the same” as brand. Only cheaper. Unfortunately, that is not always case—sometimes dangerously so. With ADHD medications, in particular, the most effective dosing tends to be precise.

For example, say you do best on 36 mg of Concerta. With the generic version, however, the effective ingredient legally has 20% wiggle room, up or down. That means you could get significantly more than 36 mg. Or significantly less.

To be sure: Some people do perfectly well on generic stimulants and atomoxetine (brand name Strattera).  They do well to monitor the manufacturer, though. Pharmacies can change suppliers at any time. One manufacturer’s generic won’t necessarily work as another manufacturer’s generic. Most people—and their prescribers—won’t think about medication as the key variable. Especially if they believe “generic is exactly the same as brand.”  They might look to every other factor but that.

Here’s a major reason you want to know about these potential differences. If you start ADHD treatment with a generic, to poor response, you cannot know if it was the generic that caused the problem. Perhaps you’d have done better with the brand version. If you never try the brand, you and your prescriber might conclude you can never take that drug.  It’s not wise to eliminate options based on faulty data. Yet, I hear about this happening constantly. 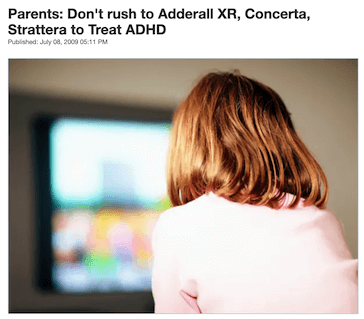 I first reported on this topic in 2009: Consumer Reports on Autos? Yes. On ADHD Medications? No!

Fast-forward to 2022: I help readers to stay current with the ongoing search for Concerta’s authorized-generic (the brand marketed at a generic price)—or at least finding ways to get brand more economically. The most recent post:  Authorized Generic Concerta Update

Back to 2009: A Consumer Reports press release was the catalyst: Parents: Don’t rush Children to Adderall, Concerta, Strattera.

The magazine known for its reviews of cars and appliances was now issuing medical advice. Bad medical advice. First, i didn’t know any parents who were “rushing” their children to these medications. Most were extremely cautious—some to their child’s detriment.

Even more shocking, though: CR actually warned consumers away from brand-name medications for ADHD. Yes, you read that correctly.

Their rationale? Brand-name medications are too costly and unnecessary. But more importantly: Your child can get “hooked” on these brand medications? (But not the generics of them? Can you believe how ridiculous that is?) I explain more at the post.

Later in 2009,  The New York Times article (Not All Drugs Are the Same After All) backs up the points I made earlier in the year. Some snippets:

Hundreds of consumers posted messages about problems with the generic drug Budeprion XL 300 on Joe Graedon’s People’s Pharmacy Web site. In other generic versions, it is called bupropion, the  generic name for Wellbutrin. He then worked with an independent laboratory, ConsumerLab.com, to test the drug.

The lab found that Budeprion XL 300 released the active drug at a different rate than the brand name Wellbutrin XL 300. Mr. Graedon and the lab conjecture that the different dissolution rates might be to blame for the reported side effects and lower effectiveness of Budeprion.  [That is exactly the issue with the latest clown car of Concerta generics.]

Kudos to Joe Graedon of The People’s Pharmacy for listening to his readers (despite his own longstanding support of generics) and reconsidering the issue!

About 6 years later, I opened an FDA MedWatch complaint about the inferior Concerta generics trickling onto the scene. Two companies, Kudco and Mallinckrodt, produced their own generics. When readers started asking questions, so did I. See Sound Off: Users of Downgraded. Generics

I was confused. What was happening? A similar thing was apparent in Canada: Generic Concerta in Canada: Parallel Problems

I called a pharmaceutical patent attorney in hopes of getting an explanation. He said, paraphrasing, “What these two companies have done is genius! They’ve exploited loopholes in FDA guidelines.”   I could barely respond, “Genius, if you’re a sociopath,” and hung up.

When I called the FDA, I spoke with a very helpful representative who suggested I open the MedWatch complaint.

We need to understand a bit about drug delivery systems. That is, how the medication gets from the pill into your bloodstream. It can make all the difference in how it works.

ADHD Roller Coaster readers and others followed through and filed their MedWatch complaints.  In 2014, we won! (Victory! Concerta Generics downgraded.)

Mallinckrodt refused to accept the downgraded status, however, and threatened to sue the FDA. That went nowhere.

For some time after, some consumers were still forced to accept them as legitimately substitutable generics. That is, these pharmacies weren’t playing by the rules, to put it mildly. You can read the history in this post, where I also detail the difference between “true” and “authorized” generics:  Consumer Q&A On Generic Concerta. 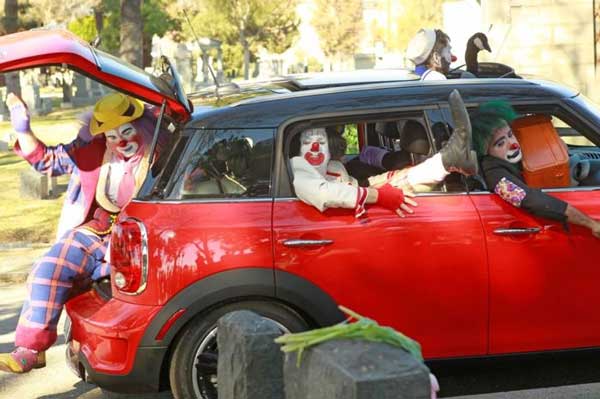 4. A Clown Car of Inferior Concerta Generics in 2017

What had been two inferior Concerta generics wreaking havoc soon turned to, oh, about 15 at last count.

What happened?  What about our hard-earned victory and the FDA admirably protecting consumers?

The Trump administration named a venture capitalist as FDA chief, Scott Gottlieb, MD. During his short stint, he pushed through dozens of generics. 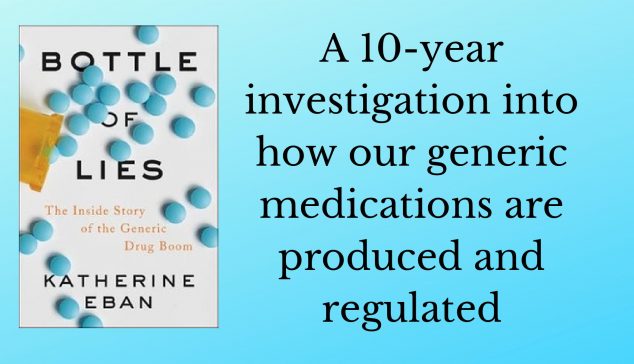 Here is an excerpt from her opinion piece in The New York Times:

My reporting on the generic drug industry over the last decade led me to four continents, and into the overseas plants where America’s generic drugs are made.

Interviews with more than 240 people, including numerous whistle-blowers, helped expose what was going on behind the boardroom doors at generic-drug companies.

Some companies have encouraged data fraud as the most profitable path to securing approvals from regulators, and have used deceit to hold the F.D.A.’s investigators at bay…

I welcome your comments on generic medications and ADHD.

To be notified of follow-up comments, be sure to check the box below.