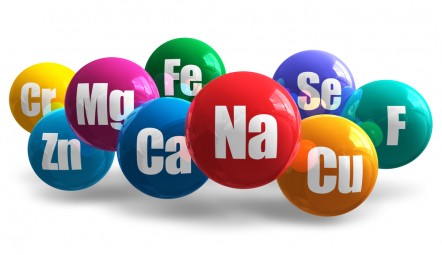 Can poor diet cause ADHD, and can taking vitamin and mineral supplements help ADHD?  As with most things ADHD’ish, the answer is complex.

This is a two-part post:
1. The original post from 2014, explaining results from a paper published that year on ADHD and nutrients. The research indicated that taking a combination of 36 vitamins and minerals was more effective than placebo in the adults studied.

2. The update: Wherein I went “behind the scenes” to examine the potential larger picture behind this study. To my knowledge, this study has not been replicated. That means, no other research team has conducted independent research using this study’s design. Replication is important, as it lends more authority to the findings.

For reasons involving Google search, I am leaving the original headline. The general statement is true enough. All humans need adequate nutrition in order to function well. That includes the human brain.

New Zealand researchers have found preliminary evidence: Vitamin and minerals improve the functioning of study subjects with adult ADHD and boost the mood of those who had moderate to severe depression at baseline.

The  study was published this month in the British Journal of Psychiatry. Researchers used a broad array of 36 vitamins and minerals, not the customary single nutrient (e.g. zinc). That marks at least one distinction in this study. But additional distinctions make this research worth noticing.

Details of the Study

This double-blind, randomized, placebo-controlled trial showed that a vitamin/mineral product was significantly better

than placebo in reducing ADHD symptoms. The study subjects were 80 adults with untreated ADHD.

For 8 weeks, 42 took the supplement and 38 took matching placebo. This treatment resulted in “statistically robust improvements in several indices, from ADHD symptoms to global assessment of functioning, compared with placebo, with effect sizes ranging from 0.46 to 0.67,” according to the paper, published January 30, 2014.

When it comes to ADHD rating scales, however, clinicians did not observe differences between the placebo group and the group taking the supplement. Yet they did rate the individuals taking the micronutrients as functioning better in terms of work, relationships, and global psychological functioning. (In other words, while nutritional supplementation can help, it is unlikely to take you to the finish line.)

Additionally, study subjects with moderate to severe depression at baseline showed a greater improvement in mood if they were taking the micronutrients. The researchers reported no group differences in adverse events.  The results, should they be replicated, would mark an important addition to informed ADHD treatment strategies.

We don’t need to wait for more studies, however, to understand that all of us need good nutrition for brain function and health.

Surprise: We Are Organic Beings!

For many years, ADHD experts and researchers have sometimes gone overboard in attempting to counter widespread skepticism about ADHD as a valid diagnosis by strenuously reassuring that it’s not caused by diet, that there is a highly neurogenetic link to ADHD. Of course, the picture is more complicated.

No one functions well when carrying around deficiencies in important nutrients. To put a finer point on it,  people with ADHD generally carry around bigger-than-average deficiencies due to erratic eating habits. But gray area and nuance are not always easily expressed or understood in the mass media.

Then again, many treating psychiatrists are shockingly ignorant about basic biochemistry. Do they somehow imagine that neural pathways run on magic? Did they learn in school (and remember) that electro-chemical signals whose fuel is vitamins, minerals? Molecules of calcium, potassium, magnesium, and more.  How about the various amino acids from different types of proteins? They are the building blocks of neurotransmitters such as dopamine and norepinephrine.

Sitting in a lecture hall once, I heard one psychiatric expert in pediatric ADHD, well known in the San Francisco Bay Area, refer to zinc as a “rare mineral.”  I almost fell off my chair. No wonder so many people turn to “alternative” practitioners and shun medications if their physicians lack basic knowledge of biochemical requirements.

“But Gina, I Thought You Were Pro-Medication?”

Again, vitamins and minerals are the building blocks of our nervous system. When our bodies are  deficient, nothing is going to work as well. This is why I always ask clients to detail their dietary habits.

Some will ask, “But Gina, I thought you were pro-medication.”  Yes, I am for medication when it’s warranted and desired. I am especially interested in giving medication the best chance of working.  Simply put: Medication will not work optimally when there are nutrient deficiencies.

It is the same with sleep deprivation: No stimulant will work as well as it could on someone lugging around a sleep debt. But anyone, ADHD or not, is vulnerable to various consequences when they lack key micronutrients.

It’s especially important that women of child-bearing age be well-nourished. The neurological system of the fetus is among the first systems formed, almost at conception. The area of science called epigenetics studies the factors that cause genes to turn on (“express”) or turn off. Some day, we might well learn certain epigenetic factors that dispose a fetus or person to ADHD or create more problematic genetic combinations.

To Learn More About the Study

The study’s lead investigator is Julia Rucklidge, a professor of clinical psychology in the department of psychology and part of a University of Canterbury group studying the effects of micronutrients on conditions such as ADHD, depression, sleep, and addictions.

Also, for more research involving the supplement used in the study, visit this page at TrueHope.com

Please note: This is not an endorsement of these supplements.

Update on This Research

Update : Since posting this article, I’ve learned that the lead researcher on this study, Julia Rucklidge, might not be as well-versed in the ADHD researcher as I thought her to be. Does this reflect on the integrity of her research, explained below? I don’t know. But at least it puts it in context.

Even though she is a  clinical psychologist, I assumed that, given her area of focus, she must have expertise in biochemistry and that she knew quite a bit about ADHD and its evidence-based strategies.

Now I learn, from her comments on Twitter, that not only does she have little  expertise in ADHD, but she is also perfectly willing to downgrade, in her TEDx talk, the effectiveness of psychiatric medications over time. (Perhaps you have also noticed that TEDx talks seem increasingly dominated by self-promoters with a very black-white agenda. I was hoping that one was different. Not so.)

She makes particular mention of the MTA study, which is the favorite “whipping boy” of the anti-psychiatry wingnuttery. They misinterpet this famous study that evaluated various types of treatment for ADHD in children to suit their agenda.

Called out on Twitter, Rucklidge also offers a study in Canada by an economist (not life scientists) showing lack of benefits over time for young people with ADHD.

There are so many problems with that study, I don’t have time to recount them here. Suffice it to say, her offering that study as “proof” of her point absolutely diminished my confidence in her scholarly rigor vis a vis ADHD.

When I cast doubt on that study as evidence, Rucklidge responded:

Hmmm. What “axe” could I possibly want to grind?  The failure of a grandstanding psychologist to acknowledge her limits, and the potential damage she is doing to people with ADHD being able to access medications without further stigma?

She also is a supporter of, and even a columnist for, Mad in America, a blog collection of anti-psychiatry extremists. They claim to have the interests of patients at heart. But read the columns. It is a collection of self-aggrandizing unknowns, especially on the topic of ADHD.  Surely, no serious researcher fails to see what’s happening at that site.  When I pointed out the problems with that site, however, she wrote:

“I think MIA have a mix of good and not so good articles, as does any website. I prefer not to dismiss things as black and white.”

Pretty hilarious, the subtle dig at me for thinking in “black and white” terms. But could she produce one reasonable piece on ADHD at MIA? No.

Instead, I find a piece by her mentor, Bonnie Kaplan, complaining of being not taken seriously by psychiatrists at a recent conference where they presented their findings.  Of course they weren’t taken seriously. Just as we can’t take seriously Ms. Rucklidge’s research, when her biases are so transparent.

I am leaving this original post, below,  just so readers can have the full story. I am sorry I didn’t realize what Ms. Rucklidge is about earlier.

It is so difficult, getting psychiatrists and even some neuroscience researchers to understand the importance of basic biochemistry. I thought Ms. Rucklidge was bridging the gap. But now I see that she holds views that are equally myopic.  My apologies.