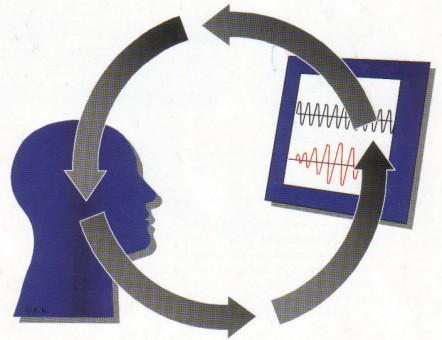 People often ask me if neurofeedback is an effective treatment for ADHD. Given that the expert consensus is “maybe” or “sometimes,” I try to answer along those lines, pointing out that many factors should be considered. For example:

Some people assume that neurofeedback is safer than medication, but the fact is that potential for its side effects has never been studied.

Thanks to David Rabiner,  Associate Research Professor at Duke University’s Department of Psychology  Neuroscience, I can share with you (below) a sophisticated analysis of the research.  Dr. Rabiner has long performed the excellent service of parsing the research around ADHD in his newsletter, Attention Research Update. You can subscribe to his free newsletter here, and read through the substantial archives once you are subscribed

As a layperson, I appreciate his clear writing style, but research terminology can be complex and this analysis might be “too much information” for some of us. Please consider that clear-cut answers aren’t always easy to give on complex subjects.

The bottom line, as Dr. Rabiner writes below:

“The research reviewed here indicates that if parents obtain high quality neurofeedback treatment for their child there is a reasonable basis for expecting that benefits will occur. The decision to do so should be made with the knowledge that medication treatment and behavioral therapy would be regarded as having stronger research support at this time.”

State of the Science

Neurofeedback – also known as EEG Biofeedback – is an approach for treating ADHD in which individuals are provided real-time feedback on their brainwave activity and taught to alter their typical EEG pattern to one that is consistent with a focused and attentive state. According to neurofeedback proponents, this often results in improved attention and reduced hyperactive/impulsive behavior.

Several years ago I summarized the scientific support for neurofeedback treatment (read it here)  and noted that although positive findings had been reported in multiple published studies, limitations of these studies led many researchers to regard neurofeedback as a promising, but unproven treatment.

The American Psychological Association has established a 5-level system for grading the evidence in support of mental health treatments. These grades, and their associated levels of research support, are as follows:

Using the grading system above, and based on studies published through 2005, the conclusion reached by the Professional Advisory Board of CHADD was that evidence supporting neurofeedback treatment for ADHD warranted a Level 2, or ‘Possibly Efficacious’. You can read CHADD’s summary statement here  and I believe you will find this to be of interest.

Based on a research base that includes more recently published studies, however, the conclusions reached by Arn et. al., (2009) were far more positive. These researchers conducted a meta-analysis of 15 studies, 4 of which were reported to be randomized controlled trials. Their conclusion was that “Neurofeedback treatment for ADHD can be considered ‘Efficacious and Specific’ (Level 5) with a large effect size for inattention and impulsivity and a medium effect size for hyperactivity.” This is a very different conclusion from the CHADD review and it is understandable that parents, educators, and professionals would be confused about the strength of the evidence base for neurofeedback treatment.

The Journal of Attention Disorders recently published an updated review of neurofeedback treatment for ADHD that helps clarify its scientific support [Lofthouse et. al., (2011). A review of neurofeedback treatment for ADHD. Journal of Attention Disorders, published online 16 November 2011. DOI: 10.1177/1087054711427530]. The authors include scientists who have conducted research trials of neurofeedback and also been part of the Multimodal Treatment Study of ADHD (MTA Study), the largest ADHD treatment study ever conducted. They are thus well equipped, in my view, to provide a thorough and objective review of a complicated area.

Their review was limited to those that randomly assigned children to treatment or control conditions which is an essential element of rigorous treatment studies. For each study, the authors provide a detailed critique it’s strengths and limitations. As a detailed review of the individual study critiques is beyond what I can do here, below I summarize the authors’ conclusions on the state of the science.

When averaged across the studies for which appropriate outcome data was available, the overall mean effect size (ES) was .79 for inattention measures, and .71 for hyperactivity/impulsivity measures. These are in a range that would be considered ‘large’ for inattention and ‘moderate’ for hyperactivity/impulsivity and are below what is typically reported for stimulant medication. Five of the studies showed neurophysiological changes that were specific to neurofeedback treatment. Overall, these results are consistent with beneficial effects of neurofeedback treatment for ADHD.

The authors identified 5 different limitations that undermine the conclusions about neurofeedback treatment efficacy that can be made.

1. Minimal use of Triple Blinding
The ideal study would be one where children, parents and/or teachers who rate children’s behavior before and after treatment, and clinicians don’t know whether the child received active treatment. This eliminates – or at least strongly reduces – the likelihood that apparent benefits associated with neurofeedback can be explained by expectations that the child would benefit.
Only 4 of the 14 studies utilized triple blind procedures, however, and in 6 of the studies none of these 3 sources was blind.

2. Nature of Control Group
The strongest neurofeedback treatment study would be one that used ‘sham’ treatment for children randomized to the control group, i.e., participants receive feedback that is not linked to the EEG state that is the focus of actual training. The benefit of this is that – in theory – it keeps children, parents, and clinicians blind to whether real treatment is being provided, thus eliminating potential biases to the outcome ratings they provide.
For the 14 studies review, however, only 4 employed sham treatment. And, of those 4, only 1 used what was felt to be a truly credible ‘sham’. In the absence of a credible ‘sham’ treatment, conducting a ‘triple blind’ study is not possible.
The other studies either used ‘wait list’ controls or compared neurofeedback treatment to a different type of cognitive training. The use of wait list and alternative treatment control groups are prevalent in the treatment literature, but are less able than a true ‘sham’ condition to unequivocally establish that treatment gains associated with neurofeedback are attributable to the feedback children receive on their EEG state.

Children participating in these studies were frequently receiving other treatments as well, either medication, psychotherapy, or educational interventions. Because the presence and changes in concomitant treatments tended not to be carefully monitored, however, positive change associated with neurofeedback may have been caused, or at least influenced in some way, by unreported changes in these other treatments.

4. General lack of post-treatment follow-up
Following children beyond the end of neurofeedback treatment is critical for determining long-term efficacy and/or the need for booster sessions. However, only 3 of the studies included a post-treatment follow up of neurofeedback. And, in these studies, the procedures for assessing the sustainability of treatment benefits were judged to be compromised. Thus, the authors conclude that the duration of any gains associated with neurofeedback remains largely unknown.

5. Limited attention to possible adverse side effects
Although neurofeedback is described as safe and without side effects, only 1 study actually monitored and reported adverse events that children and parents related to treatment. Although no such effects were found, some have argued that all truly effective treatments produce some side effects in some percentage of individuals who receive them. Thus, rather than not attending to this possibility in neurofeedback studies because the treatment is assumed to be safe, the authors suggest that this is an area where greater scrutiny is warranted.

Based on their review of the literature, the authors argue that “…due to the lack of blinding and sham control conditions in randomized studies” neurofeedback treatment for ADHD should not be considered ‘Efficacious and Specific’ as was concluded in the 2009 review by Arn and his colleagues.

Instead, they believe that a grade of 3 on the APA evidence scale, which corresponds to ‘Probably Efficacious’ is warranted. They note that a large multisite triple-blind sham-controlled Randomized Controlled Trial is needed to settle the issue.

Clearly, it is possible to review the same evidence and reach a different conclusion. Some would argue that the authors are overly cautious in the evidence grade they assign and that more is being required of neurofeedback than of other ADHD treatments. For example, although the long-term benefits of neurofeedback treatment may remain relatively unknown, evidence on the long-terms benefits of medication treatment is also limited.

One could also argue that requiring a triple-blind trial with a credible sham condition is unreasonable because this is a higher standard than that employed most psychotherapy outcome research. In studies to establish the efficacy of behavioral treatment for ADHD, for example, a triple blind trial is not possible because clinicians know what treatment they are providing and parents will know what treatment their child is receiving. Despite this, behavior therapy is considered a strong evidence-based treatment for ADHD.

In response to this objection, the authors argue that the highest standard of scientific rigor should be required for any treatment offered to the public for which triple blind studies are possible (they are not possible for behavior therapy), and which are not precluded by strong ethical considerations. They note that this is especially true for neurofeedback, as such a study is possible and the treatment requires substantial time, effort, and expense.

My view is consistent with the authors. I would very much like to see the type of study they call for and believe the evidence grade they suggest of ‘Probably Efficacious’ is appropriate. Having this conclusion published in a scientific journal that does not focus on neurofeedback research represents significant progress for the field as it was not too long ago that a commonly held view seemed to be that there was little if any credible evidence supporting this treatment.

It is also important to recognize that what remains unclear is not whether children with ADHD who receive carefully administered neurofeedback will generally derive some benefit – the studies reviewed in this article establish that – but, rather, why does benefit occurs. Here is what the authors say:

“…due to the lack of controls, it is unclear as to whether the large ESs for impulsivity and inattention and the medium ES for hyperactivity are due to the active component of EF and/or nonspecific treatment factors.”

In other words, the research establishes that neurofeedback treatment yields benefits for core ADHD symptoms but is not fully clear as to what explains those benefits. Is it the specific feedback on EEG activity and learning to control that activity that produces the gains? Or do nonspecific factors associated with the treatment, e.g., expectancy effects, clinician attention, praise for the effort involved, etc., actually account for the gains?

This is the important scientific question that remains to be answered. In the meantime, however, the research reviewed here indicates that if parents obtain high quality neurofeedback treatment for their child there is a reasonable basis for expecting that benefits will occur. The decision to do so should be made with the knowledge that medication treatment and behavioral therapy would be regarded as having stronger research support at this time.

To dismiss neurofeedback treatment simply as ‘unproven’, however, ignores the considerable research on this approach that has been conducted. Helping families better understand the strengths and limitations of this research can enable them to make a better informed decision about whether to consider this treatment option for their child.

1 thought on “Neurofeedback for ADHD: State of the Science”