You are here: Home / Tools & Strategies / “My Husband Is A Good Looker…” 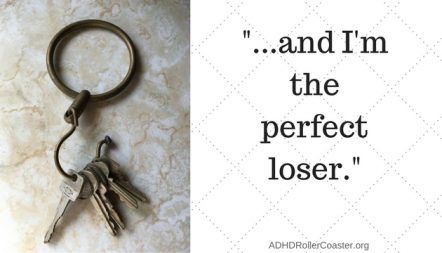 My husband is a good looker.


Well, yes….he’s handsome, too, but what I mean to convey is his likeness to a bloodhound.

He is good at looking for things. He has established a state-of-the-art for lost and found. He is tireless, dauntless, indefatigable, tenacious—driven even. He is Bulldog Drummond, tracer of missing objects.

In order to achieve and maintain such success as a good looker, you should be married to a perfect loser.

I’ve lost things I never knew I had.

What promotes my apparent quest to divest myself of all things portable is absent-mindedness. That could be a euphemism for senility, except that I can reckon the onset being as soon as I was old enough to move an object from one place to another.

Since I’m not terribly attached to “things,” losing them is not enormously painful for me. Added to that, being around someone who is conducting a search makes me crazy.

Early in our marriage, my husband learned that all that crashing about—opening drawers, doors, boxes and cupboards—had a distinctly negative effect on my disposition.

He, therefore, didn’t stop his searches, but he embarked on them when I was out of the house, baking a cake or taking a bath.

In recent years, however, I have come to understand that I do, in fact, need a keeper. So, instead of resenting his obsessiveness, I’ve done a great deal to help him. 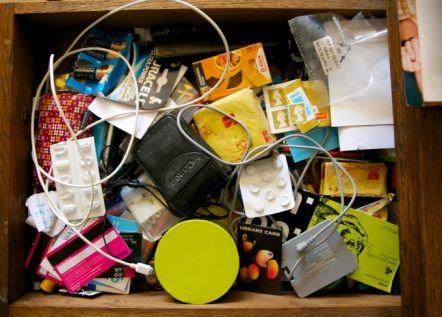 You know that special drawer that exists in every household? The one that is a catch-all for all things such as washers, baseball cards, half-chewed catnip mice, math tests marked 67, an invitation to a cocktail party held three years ago, rabies inoculation medallions, a salt shaker that’s gone all green around the top, an orange balloon that’s stuck to itself in four places, and half a bag of spice drops that are as hard as birdshot?

Well, I’ve made the ultimate sacrifice. I keep all my drawers like that so he doesn’t have to climb so many stairs or open so many doors. Everything is in one of two dozen places.

Two Christmases ago, I had reason to believe that maybe my husband doesn’t really like looking all that much. He gave me a key ring that weighs about two pounds. It’s a circle of solid brass from which my keys are suspended and I wear it around my wrist.

While I feel like a child who has had her mittens pinned to her sleeves, my husband hasn’t had to look for my car keys for two years.

Poor baby. And I thought he liked looking. 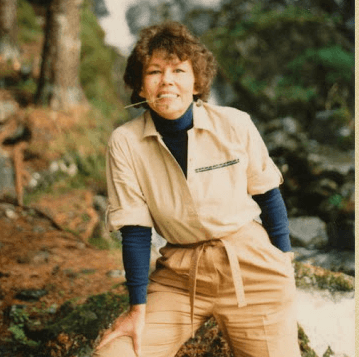 When retired journalist Jo Ann Law McGrath is not writing her blog (Single-celled Views) or examining current events with her many Facebook friends, she is tending llamas and the rest of her farm menagerie.

Even though JoAnn does not have ADHD, her little essay cleverly depicts the domestic scenario for many people who do!