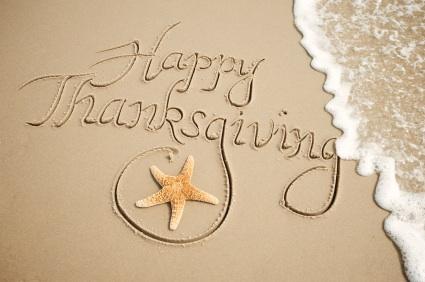 This Thanksgiving finds me with much to be grateful for: friends, family, husband, health, and a book that is being generously received.

But this very day, my biggest, warmest THANKS goes to all those adults with ADHD who took the time to write their truth, so eloquently and movingly, in response to this New York Times column on ADHD (“A New Face for A.D.H.D.—and a debate”).

This New York Times column centered on the latest salvo fired in the ADHD Gifts discourse: Michael Phelps’ stunning performance at the Olympics. Did he win so many gold medals because of his ADHD or in spite of it? Everyone has an opinion.

Quite clearly, though: Such questions lie beyond anyone’s ability to answer. ADHD manifests so differently in each person, and it is just one part of personality and physiology. (Moreover, as a young acquaintance with ADHD points out, why can’t Michael’s accomplishments be accredited to hard work and discipline?)

Read through some of these adults’ comments, though, and know that a recent sea change has taken place. For one thing, no longer do parents of children with ADHD dominate the debate. It’s now the adults themselves.

Comments like these mark quite a shift from the simplistic ADHD-is-a-Gift idea popularized by the media over the last decade.

From my perspective, their comments emphasize two key points:

In the past, mine were often the only comments voicing such sentiments on such public forums, and the blowback hit me quite hard….for example:

How could I wrap my little brain around statements like these? They were so far from my truth.

I mean, what or who is “normal?” Certainly not me, or even most of my friends. And of course I recognized the gifts of my friends with ADHD. But I would never agree that millions of people (10-30 million people in the U.S. alone estimated to have ADHD) could fit any simplistic stereotypes. Moreover, I saw how the “gifts” message played out in everyday life: as a harmful, “gaslighting” message, one that denied and minimized reality and held everyone back.

By way of background: The chief proponent of the ADHD Gifts perspective has been psychiatrist Ned Hallowell, who has ADHD himself and reportedly does not take medication.

While he acknowledges that ADHD’s gifts can be “hard to unwrap,” his view strikes many experts and people with ADHD as way too rosy — for example, in depicting people with ADHD as fun-loving, highly social and charming, and often great entrepreneurs.

For every person I know with ADHD who is a schmooze-meister or social butterfly, I know three more who are paralyzed by social anxiety.

For every ADHD celebrity businessperson we see in the headlines, thousands more are blindly pursuing their next unrealistic, get-rich-quick scheme, often funded by their long-frustrated family members. Or they are desperately trying to find work that has meaning for them, and to stay employed in that work. And the list goes on.

I wondered: How people who have ADHD along with social anxiety felt about the “gift” theory, which depicts people with ADHD as The Life of the Party. Did it make them feel that they must have something far more serious than ADHD (as if ADHD weren’t impairing enough when it comes to picking up social cues, tuning in on conversations, etc.)?

What about those who aspired to the successful entrepreneurship touted as their ADHD birthright…yet were into their third bankruptcy? These are just two examples.

As for medication, no, it’s not for everybody. Sometimes, knowledge of one’s own particular “brain wiring” is enough. But I will validate pharmacotherapy’s potential benefits from the rooftops, because I’ve seen how it has helped vast numbers of people (after trying every “alternative”).

Frankly, I’ve had it with the scare-mongering and self-righteous judgment on this topic—not to mention sloppy prescribing that only adds to these medications’ negative reputation. You have ADHD and don’t want to take medication? It’s a free country! But please don’t assume that everyone else with ADHD can get by with coping strategies, too.

The main problem is, unlike some who took potshots at my and others’ comments along these lines, I’ve never seen ADHD as a black and white issue. The “both and” (gifts and deficits) were clearly apparent in my friends with ADHD, along with the rest of the population. We all have our strengths and weaknesses. Too often, though, the “bushel basket” of ADHD symptoms has obscured my friends’ “lights”—sometimes to the point of almost extinguishing them.

Moreover, no number of “positive” rah-rah spin buoyed these people’s self-esteem, not for more than a few minutes anyway. Only facts, solid strategies, and validating support provided sustaining solutions and solid confidence in their abilities. Yes, and often medication.

I’ll close this ramble by saying to adults with ADHD who share their experiences on the web, at support meetings, with their physicians or therapists, and to anyone who will listen:

You are the only ones who can convince the public that ADHD is real.

There is power in numbers, and this day is long overdue, when armies of you gather strength and join the advocates, researchers, clinicians, and, yes, sometimes even the scientists at pharmaceutical companies in speaking out and educating the public.

On with the revolution! And Happy Thanksgiving!

9 thoughts on “Thanks to Adults with ADHD Who Sound Off!”