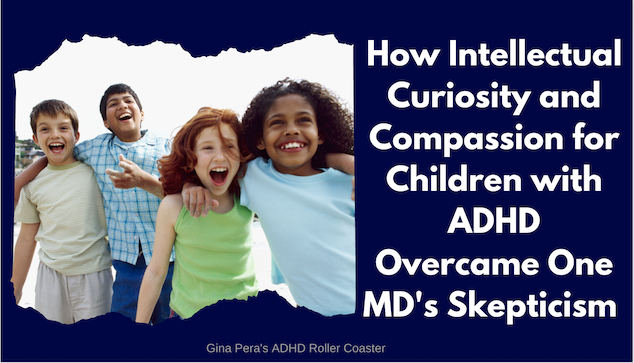 Some physicians, faced with the very idea of ADHD, reject it outright. They often do so with indignant outrage. Yet others, even without medical-school training in ADHD, come around to a more compassionate, science-based perspective.  In this post, we follow one such physician’s journey — from 1970s skepticism through 40 years of treating thousands of children for ADHD.

But First, In Praise Of “Early Adopters”

Every region in the U.S. has “early adopters” of ADHD.  That is, physicians who took up the mantle 30 or 40 years ago. Kudos to them!  They’ve passionately worked on the front lines, helping untold thousands. I’ve met many such physicians at conferences. They largely remain unsung,  even unnoticed, beyond their service area — and sometimes viewed with suspicion within it.

I once asked Russell Barkley, PhD: “When you started specializing in ADHD decades ago, did your peers criticize your choice”?  He dead-panned, “They might have, if they’d been paying attention.”

What accounts for the different responses to the idea of ADHD? Why does one physician show intellectual curiosity and another knee-jerk rejection that leads to an anti-ADHD crusade?  That topic could fill a book.

One pediatrician (who shall go unnamed) has made a decades-long career as an ADHD “contrarian”. Reportedly, he learned of ADHD at a dinner party some years ago. His immediate response, paraphrasing: How dare they drug children!

Journalists fail at their jobs by trotting Dr. Contrarian out when they somehow want to discredit ADHD. He has a medical license (presumably) and “acknowledges that ADHD exists”. Therefore, he’s judged a reasonable,  legitimate source. Except he’s not.  (By the way, people I know who took their children to see him recalled being shocked at his incompetence.)

From “Outraged and Indignant” To Dedicated

The author of this guest essay is Walt Karniski, MD. He reports having a similar reaction when he heard about ADHD in the 1970s. But he didn’t stop with that reaction. To learn what he did next, you’ll find below an excerpt from his new book. 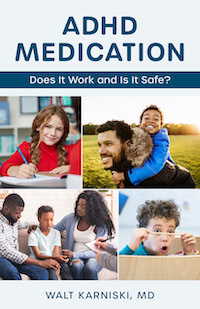 Published in May, 2022, the title is ADHD Medication: Does It Work And Is It Safe? Dr. Karniski goes into the details that so many parents of children with ADHD need—but might not even know toask.  Along with case-study snapshot, he also provides an accessible guide for parents to pro-actively work with prescribers.

Now for the excerpt.

The year was 1970. I was a sophomore at the University of Kansas. The Vietnam War was at its height, and demonstrations on university campuses were common across the United States.

One of my classes was on the current literature that antiwar proponents were reading. Professor Hamilton was highly charismatic; and although he projected an air of objectivity, it was clear that he was more than liberally leaning. His classes were in high demand, and each class usually generated a great deal of enthusiastic debate.

On June 29, 1970, Robert Maynard wrote an article for the Washington Post titled “Omaha Pupils Given ‘Behavior Drugs.’” Dr. Hamilton made this article the focus of his next class. The article got right to the point. The first sentence stated, “Between 5 and 10 percent of the 62,000 school children in this city in the American midlands are taking ‘behavior modification’ drugs (Ritalin and Dexedrine) prescribed by local doctors to improve behavior and increase learning potential.”

[From Gina: A link to the original article is unavailable, but I found this NYTimes report on it: Use of Child Behavior Drugs Studied]

The article went much further and implicated one particular physician who prescribed the medications for most of the children. The article insinuated that the teachers, the school system, and this physician had collaborated to intimidate parents into giving these medications to their children.

This was part of a directed program by the school system in which some parental coercion to submit to drug therapy was involved, and that drugs were being given without adequate medical supervision resulting in pill swapping in school.

“I Had To Stop This Medical Abuse of Children”

To this day, I remember my reaction in that college classroom. I was outraged and indignant. But I did not participate in the discussion that ensued after the article was read. I remember sitting there thinking that this was wrong, that it could not be justified in any way, and that I had to do something to stop this medical abuse of children.

Apparently, my reaction was not unusual, and the reaction to this article was swift and furious. Numerous newspapers carried a summary of the article and then went on to write about the use of these medications in their communities.

And the article caught the eye of a New Jersey congressman, Cornelius Gallagher. Less than four months after publication of the Washington Post article, Gallagher convened congressional hearings, with the following statement:

‘I am well aware of the occasional frustrations which come from the fact that children simply do not sit quietly and perform assigned tasks. . . . For childhood is an exploratory time and the great energy of children propels them into situations which may look frivolous to more restrained adults, but which are the sum and substance of the child’s learning experience . . . Obviously this unstructured passion for all the events in a child’s world is regarded as unruly and disruptive, particularly in overcrowded classrooms. I fear that there is a very great temptation to diagnose the bored but bright child as hyperactive, prescribe drugs, and thus deny him full learning during his most creative years.

During the hearings, one mother testified:

The teacher started complaining about our little girl being too active, and soon the school nurse called me and suggested that I put her on tranquilizers. We objected as we do not believe in handing drugs out so freely. Soon the school started calling us up and complaining about her behavior. They said she was restless and overactive, but not bad or disrespectful. Finally, the school psychologist made an appointment with me and told me to put my daughter on Ritalin . . . I told her I didn’t like the idea. . . . She made me feel as though I was a stupid, neglectful parent who was only doing my child harm by not giving her this Ritalin.

The reason that this incident has stayed with me is that it was instrumental in spawning my career as a developmental pediatrician. But the reason I mention it here is not autobiographical, but because it so strikingly illustrates what happens when statistics are misunderstood or taken out of context.

Many years later I learned that these figures misrepresented the facts. The statement that 5–10 percent of all Omaha Public School children were taking medication for behavior control was completely and totally inaccurate. In fact, 5–10 percent of children with special education disabilities were receiving these medications.

And rather than starting me on a crusade to ban the use of these medications in the classroom, I estimate that during my career as a developmental pediatrician, I have treated more than five thousand children with ADHD with stimulant medication. Obviously, something happened over the forty years, beginning with my righteous indignation as a young college student.

What changed? Once I finished my residency in pediatrics and my fellowship in developmental pediatrics, I started seeing children having trouble learning in school. After a full battery of tests including IQ tests, achievement tests, and processing tests, I would use medication only in the most severe cases. I was still skeptical about the use of medication, so I made arrangements with a pharmacist so that when I suspected ADHD, I would start medication in a double-blind trial.

Upon my prescription, the pharmacist would give the patients six bottles, with seven pills in each bottle, one bottle for each of six weeks. Three of the bottles contained medication and three contained placebos. Both parents and teachers would fill out weekly questionnaires concerning learning and behavior. When I saw dramatic improvement in both behavior and learning only during the weeks when the child was on medication, then I would continue the medication with close follow-up.

The Proof Was In the Thriving

Eventually, I would use these trials only when I had a doubt about the diagnosis or when two parents differed about the use of medication. Over time, when I continued to see improvement with few side effects from medication, I began to look more closely at the milder cases.

Over time, I would see the children on medication thrive. Grades improved. Behavior problems that had not responded to counseling or behavior modification suddenly diminished . . . or vanished. And, most important, self-esteem skyrocketed. Children with ADHD had convinced themselves that they were “dumb.” But with medication, they quickly began to see their inattention, not a lack of effort, as the problem.

How could I not continue medication when I saw a child’s self esteem flourish? This was not about making life easier for a teacher or parent. This was not about a lack of discipline at home. This was about the physical and mental health of a child who had been suffering before and now exhibited happiness and success in school and at home. 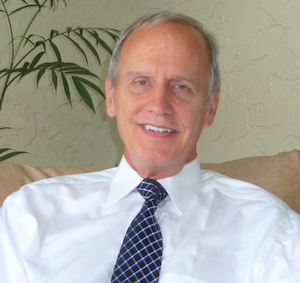 Walt Karniski, MD is a developmental pediatrician, trained at Boston Children’s Hospital, with 40 years in practice treating thousands of children. He was director of the Division of Developmental Pediatrics at the University of South Florida in Tampa, Florida, for fifteen years. He then opened a private practice and for twenty years, evaluated and treated children with ADHD, autism, anxiety, learning disabilities, and other developmental difficulties. His new book is ADHD Medication: Does It Work and Is It Safe? (Roman & Littlefield, May 15, 2022). Learn more at adhdmedicationbook.com.