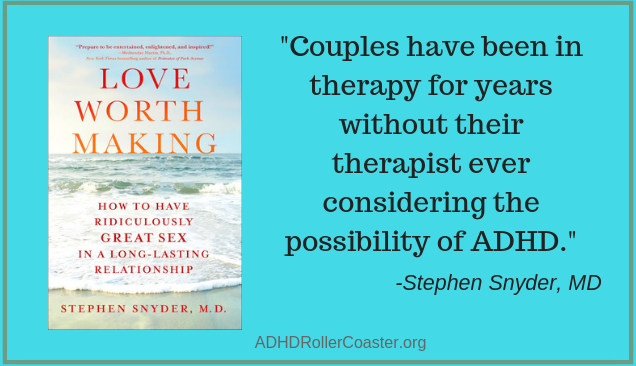 What does leading sex therapist Stephen Snyder, MD, have to say about ADHD and sexual intimacy? We’ll get to an excerpt of a compelling new book shortly. First, a little background.

Twenty years ago, I was asking myself, “Didn’t any sex therapist know about the potential effect of ADHD on sexual intimacy?”  I was just starting to research Adult ADHD, especially the implications for intimate relationships.

More than a few of my support-group members reported a sexless marriage. Some  say they have sex only when they initiate: “My husband (or wife) is happy having sex but never initiates it. That gets old fast.”

Couple therapists tended to look for psychological, psychodynamic causes. The reported patterns, however, were too similar to ignore—and there were other common patterns as well. All pointing to A, D, H, and D.

What about the turmoil created by unrecognized ADHD outside of the bedroom?

My first book contains a chapter on ADHD-specific challenges to sexual intimacy. For my online book club, Taylor J. wrote this essay: Chapter 6: ADHD and Sex

How Could Sex Therapists Not Know About Adult ADHD?

But where was the sex therapy expert that I could interview and learn more? I called one after another. In fact, I called the “leading” sexpert in the San Francisco Bay Area. Then I contacted the national associations. Crickets. They responded as if I was coming out of left field.

Twenty years later, a prominent New York City sex therapist for 30 years, psychiatrist Stephen Snyder, has written a wonderful book: Love Worth Making: How to Have Ridiculously Great Sex in a Long-Lasting Relationship.  This is a wise and witty guide. It fills the gaps between “sex how-to” and “relationship how-to” in a very readable style.

As one reviewer said: You know the operating manual you didn’t get when you got married? Here it is. You’re welcome.

Now, this is a general-audience book, not specifically for ADHD-challenged couples. Fortunately, however, Snyder includes a case couple where ADHD is the unrecognized Elephant in the Room—and he’s allowed me to share it with you.

Excerpted from Love Worth Making, by Stephen Snyder, MD

The first thing David tells me when he sits down in my office is that he’s only here because his wife Gwen insisted on it.

“She’s going to leave me,” he says, “unless I start initiating sex.”

David is a handsome man with a good-natured smile. Given the situation, he looks surprisingly relaxed.

David tells me his wife found my name online.

“No. She insisted I see you alone.”

“She says she’s tired of trying to fix me.”

It’s also a sign of the times. A few generations ago, men would send their wives to doctors to be “fixed”—for “frigidity,” “hysteria,” or whatever.

Now the shoe’s definitely on the other foot. Now it’s usually women who send their husbands to be fixed. Some days I get so many calls from women whose male partners have gone missing in bed that it feels like they must all be sharing notes. Over the last few years, I’ve seen so many couples like this that by now I’m practically a specialist in it. 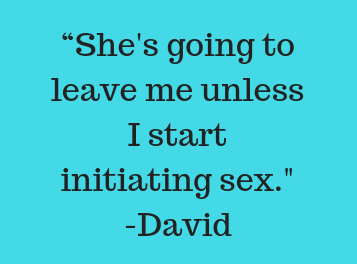 “Are you still physically attracted to her?” I ask him.

David says he is, and that when they have sex he still gets turned on.

“So what happens when you try to initiate sex?”

“That’s the problem,” he says. “It’s like there’s this invisible force field that stops me.”

“Any idea what that’s about?”

“Not really. All day long at work, I’ll be thinking about how when I get home I’m going to start something up with her. But the closer I get to home, the less I feel like it.”

“I don’t know. She’s usually complaining about one thing or another. She works hard. But I work hard too, and after a long day I really don’t feel like listening to her complain.”

He shifts in the chair. “Most of the time, I end up just shutting her out.”

“Yeah, she hates it. She never stops talking about how I never pay her any attention.”

He stops for a moment and looks around the room.“To tell you the truth, I don’t think she likes me very much anymore.” 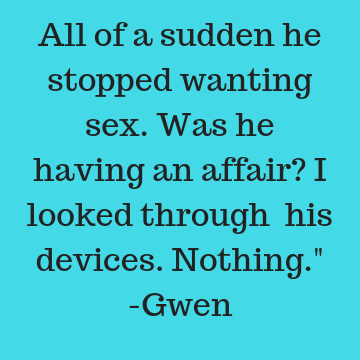 Gwen’s Side of the Story

A week later, Gwen takes off her coat and sits down in my office. She’s an elegant woman who looks like she’s been working too hard.

We end up talking for an hour and a half, and she tells me the story of their relationship from the beginning.

Gwen says that when she first met David, she’d never have guessed things would end up this way. She never met a man who made her feel so special.

David had boundless energy and was always full of creative ideas for things to do. He wasn’t the best lover Gwen had ever known, but he was certainly the most warm-hearted and enthusiastic—and that largely made up for it.

When he proposed to her, it was at a big event he’d staged—with all their friends looking on. She’d said yes without a moment’s hesitation. But after they moved in together, she noticed something was off.

“Then All of A Sudden, He Stopped Wanting Sex”

“Sometimes David and I would be talking,” she says. “He’d ask me a question, and then ten minutes later he’d ask me the same question again. He just wasn’t there. It was like now that he had me, he could just forget about me and move on to the next challenge.

She thinks for a moment. “He’s also extremely disorganized,” she adds. “I’m not the neatest person in the world, but it’s stressful always having to pick up after him.”

“What do you think the problem is?” I ask her.

“I wondered if he might have ADHD,” she says. “But he concentrates just fine at work when there’s a big business deal on the table.”

“That’s actually typical for people with ADHD,” I say. “It’s not really ‘attention deficit” at all. It’s just trouble focusing on things that aren’t immediately exciting.”

Gwen looks down, trying not to cry. “I guess I can deal with the fact that he doesn’t find me that exciting anymore. But it still kind of hurts.” 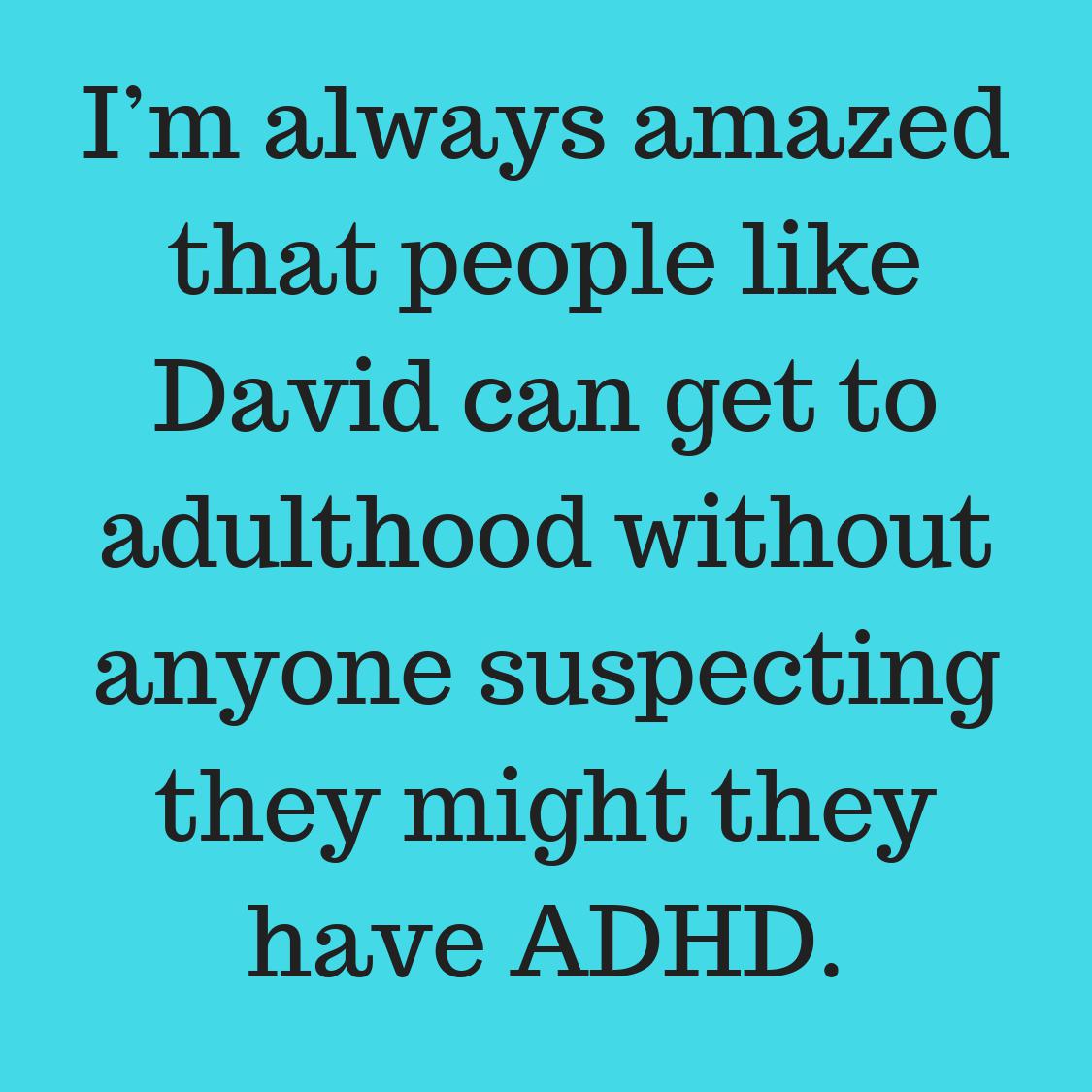 How Did David Make It This Far Without Knowing?

The next time I see David, we spend some time with my Adult ADHD checklist.

David has a few hyperactive symptoms, but it’s his inattentive symptoms that really clinch the diagnosis. Trouble finishing things, chronic lateness, trouble staying organized. A tendency to lose his keys, to tune out during conversations, and to make careless mistakes when he’s bored. He tells me the only way he got through college was by shutting himself up in the library basement so he wouldn’t get distracted.

I’m always amazed that people like David can get to adulthood without anyone suspecting they might they have ADHD.  I end up trying David on several different ADHD medications before we find one he likes.  After several months, David marvels at how he could ever have managed without it.

I’m eager to see what will happen between Gwen and David, now that he’s gotten some help for his ADHD. But I know from experience that these things are always complicated, so I’m not expecting any miracles.

You can’t necessarily generalize from David and Gwen’s story to all couples. Obviously not every man in David’s situation has ADHD. And not every person with ADHD has relationship problems.

But it’s very common for couples in treatment to have at least one partner with this condition. Often they’ve been in therapy for years without their therapist ever considering the possibility. 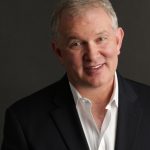 BIO: Stephen Snyder MD is a sex and relationship therapist in Manhattan, Associate Clinical Professor of Psychiatry at the Icahn School of Medicine, a regular contributor to HuffingtonPost and PsychologyToday, a frequent guest on major media, and the author of the new book Love Worth Making: How to Have Ridiculously Great Sex in a Long-Lasting Relationship. He lives in Manhattan with his wife and children.

Adapted from Love Worth Making: How to Have Ridiculously Great Sex in a Long-Lasting Relationship by Stephen Snyder, MD. Copyright © 2018 by the author and reprinted with permission of St. Martin’s Press, LLC.