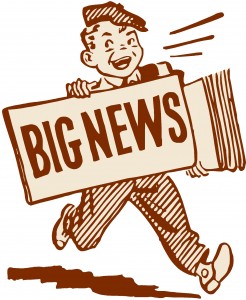 Lots of ADHD in the News for July and early August. Environmental groups call for ban of pesticides linked to ADHD. Western diet linked to ADHD. Lots of links, but what are the facts?

Please remember as you read some of these reports: Association is not causation. A “risk factor” is something that is associated with a condition. Whether that factor causes the condition or results from the condition, that is often the question that remains to be answered.

For example, in the first news story below, note that there is a link between the Western diet and ADHD.  As the study’s researcher rightly points out (far down in the story):

“This is a cross-sectional study so we cannot be sure whether a poor diet leads to ADHD or whether ADHD leads to poor dietary choices and cravings,” Dr Oddy said.

A new study from Perth’s Tlethon Institute for Child Health Research shows an association between ADHD and a “Western-style” diet in adolescents.

… Leader of Nutrition studies at the Institute, Associate Professor Wendy Oddy, said the study examined the dietary patterns of 1800 adolescents from the long-term Raine Study and classified diets into “Healthy” or “Western” patterns.

The makers of two of Britain’s best-selling soft drinks, Lucozade and Irn-Bru, have been forced to warn parents that the drinks may cause hyperactivity. A newly introduced EU law compels both drinks to display a warning that they contain artificial colours linked to behavioural problems in young children.

In Laurie McFetridge’s home, there are calendars in every room – reminders to go to work, pay the bills, call the doctor, take her medication.

“But how do you remember to update all those calendars?” said Ms. McFetridge, 29, who creates floral arrangements and also works as a freelance Web designer.

Help comes from her boyfriend of more than five years. They met at Clarion University and both now live in Oakland, where he is employed by the University of Pittsburgh.

For most of her life, Ms. McFetridge has lived with attention deficit, hyperactivity disorder, or AD/HD. The often-misunderstood condition affects an estimated 5 percent of school-age children in the United States,

Two environmental groups sued the U.S. Environmental Protection Agency on Thursday, demanding that the federal government decide whether to ban a widely used pesticide that has been linked t illnesses, including asthma and developmental problems such as attention deficit disorder.

The chemical chlorpyrifos was banned for household use nine years ago by the EPA, which cited its effects on children, including delayed mental and motor skill development. But it is still widely used as an insecticide on corn, grapes, oranges, almonds and other crops, on golf courses and for pest control in urban areas.

Nature is the Best Kind of Nurture: So Grab Your Kids and Head Outside

For American parents who want their kids to be fit, focused and feeling good, the first step is out the front or back door. National Wildlife Federation (NWF) has issued a health report, Whole Child: Developing Mind, Body and Spirit through Outdoor Play, which reveals how our kids are on techno overload and it’s seriously affecting their physical and mental health.

The complete report, as well as recommendations and a downloadable poster may be found at www.beoutthere.org

Percy Jackson gets a lot of credit for shattering the stereotypes surrounding attention deficit hyperactivity disorder. But smaller efforts in the world of arts and entertainment, such as a recent one in Rockland, are also doing their part.

Teens with attention-deficit/hyperactivity disorder (ADHD) are more likely to drop out of high school or delay completing high school than other kids, a new study has found.

Researchers analyzed U.S. data and found that nearly one-third of students with the most common type of ADHD either drop out or delay high school graduation. That rate is twice that of students with no psychiatric disorder.

ADHD, smoking may be linked with dropping out of school

Many roads can lead to a teen dropping out of high school, but a new study finds that having attention-deficit/hyperactivity disorder and smoking may be strongly linked to not finishing school.

The Psychiatric Issues Behind Cyberbullying

Children and teens want to be normal, and when they struggle with psychiatric issues, they tend to have difficulty “fitting in.” Differences make these kids vulnerable to bullying experiences and attendant emotional turmoil. And those who experience cyberbullying may be at even higher risk for mental health problems. A study forthcoming in the Archives of Suicide Research found that youth who have been victims of cyberbullying are almost twice as likely as victims of traditional bullying to have attempted suicide.

US News and World Report, August 3

Teenagers who have an unhealthy dependence on the Internet are almost twice as likely to become depressed as other teens, giving parents yet another good reason to limit kids’ screen time. That’s the news from a study in Pediatrics, which tracked the Internet use of teenagers in China, where “Internet addiction” is considered a serious and growing problem.

Child psychiatrists say many of the children they treat suffer from insomnia in addition to their mental health disorders, according to a new study. The doctors use a wide variety of medications to help their young patients sleep, from over-the-counter antihistamines to antipsychotic medications, but there have not been definitive studies to show what works.

Our Children Aren’t Sleeping and We’re Medicating Them, Survey Finds

A new survey of child psychiatrists indicates that insomnia is a major problem among children in mental health treatment and at least a quarter of these patients are given sleep medication.

The results of the survey, conducted by Judith Owens, MD, a sleep expert with Hasbro Children’s Hospital, and colleagues, suggests that management of  insomnia in this population is a common practice, although the clinical  approach varies widely. The study is published in the August 2010 edition of Sleep Medicine.

Nearly 1,300 members of the American Academy of Child and Adolescent Psychiatry completed a survey to examine the clinical practice patterns regarding non-prescription and prescription medication for insomnia by child  and adolescent psychiatrists. Based on their responses, Owens and her fellow researchers determined insomnia is a significant clinical issue among nearly one-third of the psychiatrists’ school-aged and adolescent patients.