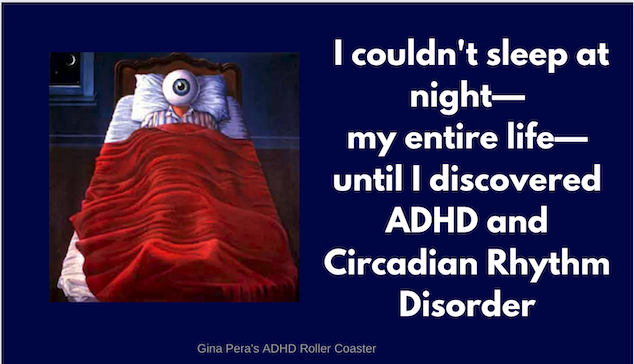 When I asked Australian writer Matthew Bush to contribute a guest column on his experiences with sleep and ADHD (below), I expected a well-written and engaging piece. What I didn’t expect was a happy ending, too.

ADHD’s potential challenges to sleep include the behavioral (putting off sleep because anything is more interesting than lying in the dark waiting for nothing to happen) and the physiological (Restless Legs Syndrome, Sleep Apnea, dysregulated Circadian Rhythm, etc.). In my upcoming course, Solving Your Adult ADHD Puzzle: Physical Strategies, I explain all the common ADHD-related sleep issues—and what to do about them.

Meanwhile, here is my post on ADHD and Sleep: Puzzling the Pieces. Look to my 2010 article in CHADD’s Attention Magazine: ADHD Never Sleeps, But You Can

Now, let’s get to Matt’s story!  This is an updated post from 2011. You can see how much he was on the forefront in piecing together his ADHD sleep puzzle. 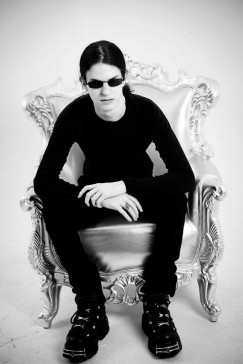 I was the 11 year old ninja master.

I had to be awake for school in six hours.

The creaking kitchen floorboards raised the hair on the back of my neck. The house was dark. I could hear snoring. Good. Dad was a heavy sleeper and that meant mum had her earplugs in. Still, there was risk.

The adrenaline pacified me. I inhaled slowly, my pulse pounded through the swell of blood in my ears. I opened the cabinet door slowly and clicked the torch on. I was on a mission.

If I was successful, I’d take my bounty back to my room and quietly self-medicate with caffeine and carbohydrates. Then I’d curl up on my beanbag and read.

My official bedtime was 8:30. I was allowed to read for half an hour, then my dad would tell me to go to sleep. I rarely did. Eventually, my lamp and torch batteries got confiscated. That just added another objective to my mission dossier.

Mum and dad got good at hiding things. During the day, I was clumsy, impulsive, and unfocused. While I was out playing cat burglar, I was the opposite. In retrospect, it seems obvious that I was just adapting to my untreated ADHD. At the time, it was a total mystery to everyone.

No One Believed I Couldn’t Sleep (At Night)

As I got older, I tried to reclaim my self-confidence by masking my inabilities as outright rebellion. It didn’t really help my case. I’d been diagnosed with ADHD when I was young, but my parents weren’t convinced. Other paediatricians and psychologists suggested that I was simply oppositional and angry. I responded well to therapy, but nothing really changed. Insomnia was on the back-burner. Everyone wanted to know why I was so lazy.

Eventually I was diagnosed with an autism spectrum disorder. It was either that or a type of conduct disorder, apparently. After the autism spectrum diagnosis failed to stick, I was diagnosed with depression by my exasperated GP and given Zoloft. But I still couldn’t sleep. For me, that was the most important thing. I didn’t care about grades, I just wanted some rest.

Fast-forward a few months, and I was the only 15 year old that I knew who was on sleeping pills. They didn’t work all the time, so I started taking them more often. I read online that Zoloft could cause insomnia, and it had seemed to have been making me a lot worse. So I stopped taking them. My sleeping habits got a little better, but I was still largely dependent on sleeping pills.

Finally I was diagnosed again with ADHD. My psychiatrist gave a thorough assessment, that spanned several sessions over a month or so. But I remember him remarking that he picked up on it within a few minutes. That was the first step in the right direction.

So slowly I was introduced to stimulant medications. By this point, I’d been expelled from two schools and had picked up a job that I hated in retail. Once the medications became more effective, and I started to get more confidence, I decided to go back to school. The only problem I seemed to be having was still with sleep. I didn’t quit the sales job, I was simply fired because I slept in once too often.

Being able to excel at school, and attending a university with an adult education program meant that I could get away with a lot more. My teachers didn’t mind when a straight-A student would show up half an hour late, and then not wake up properly until after the lunch break.

I was sleeping less, but I was doing better. My weekend job was as a nightclub DJ. I felt suited to the work because I was always more awake than everyone else in the club, whether or not I had indulged chemically. I was depressed too, but hey, wasn’t everyone?

During the day, I’d yawn my way through school, do all my studying at night, and on weekends, enjoy my job. My new GP didn’t like the idea of prescribing sleeping pills every other week, so I took to stockpiling them for test times.

I thought I was functioning. Getting things done for the first time in my life. Doing well at school. I had my own place, and I had a job that I really enjoyed. Then a relationship that I found myself in took a serious turn. My then-girlfriend and I decided to move in together.

Her bipolar disorder, and my ADHD, combined with our mutual ignorance resulted in me paying our first month’s rent on my own, while desperately looking for a housemate. In the first three weeks of living with someone, I’d learned something. I didn’t sleep like normal people did. Being ignorant of circadian rhythm disorders and how commonly they occur with ADHD, I wrote it off as insomnia.

At first, I thought that maybe it was the stimulant medication that was keeping me awake. It wasn’t. My psychiatrist had monitored me very closely for the first year that I was taking it and prescribed me a rigorous schedule that I stuck to. There were no stimulants in my system by normal bedtime. I just assumed that perhaps my ADHD was keeping me awake.

A year went by. It was my first year of university. At first, it was really easy. Actually, most of it was really easy. I had trouble organizing my life around the work, and so I didn’t do so well. No problem, my tutors said, we’ll just help you work something out. High on their list of things I needed to work with was my inability to attend mourning lectures and tutorials. So we worked out a schedule whereby I could begin classes after lunch.

Then another relationship took a serious turn, and I moved into an apartment with the girl who I considered the love of my life (based, of course, on my twenty years of accumulated wisdom). I told her about my ADHD. But it didn’t prepare her for the experience of living with it. We had a lot of problems, both directly to do with my ADHD, and indirectly from the havoc that a lifetime of failure and anxiety had wrought upon my self-esteem.

So we did the normal couple thing. We fought like crazy, blamed each other, then blamed ourselves, and must have broken up at least once a fortnight. It wasn’t all bad. We went on holidays, we had a fantastic love life, and we would have done anything for one another. Though very much in love, we weren’t very good at managing it rationally.

My sleeping habits became a problem again. I couldn’t sleep, and I’d get bored. That’s when it took a more destructive turn. Some nights, I’d keep her awake with pointless, highly emotional arguments. I was in many ways the typical ADHD-partner-in-denial. But, being on medication, I assumed that I had no problems. It just goes to show that medication only goes so far.

In the last few months of our relationship, I had begun to question why I acted out in the ways that I did. I realized that my depression was clinical. I tried to fix my sleeping pattern with various herbs and teas. Then I just resorted to ill-gotten prescription painkillers and sleeping pills. That actually made things worse.

Prior to the break-up, my psychiatrist had decided to monitor my depression more closely.  At my then-girlfriend’s behest, I decided that my sleeping patterns where more of a problem than I was willing to admit to him. The day after the relationship finally broke, my psychiatrist told me that he’d found the drug for me. Then he made me wait for the shock of the break-up to disappear before he could start me on the medication.

My first two months on Mirtazapine were unbelievable. Mirtazapine is an antidepressant drug that acts as a sedative eight hours after it is administered. It sounded perfect. At first, I could get to sleep right on midnight. Thereafter, my body took charge and had me asleep at around two a.m., regardless of when I took my medication. But I could sleep, and when I got to sleep, I stayed asleep.

Over time, the depression began to lift and I slowly developed a new lease on life. I enrolled into another university, stopped abusing illicit chemicals, lost my codependent tendencies, and decided to realize my ambition of becoming a writer.

Then, in the midst of a writing project, I began to monitor my body clock and weigh up the data with what Wikipedia had to say about sleep disorders. After a discussion with a new GP (who I stuck with), my insomnia was confirmed as a simple circadian rhythm disorder. I re-arranged my life around my weird body clock, and my GP prescribed me with some melatonin capsules that I could use to reset it when I needed to.

Circadian rhythm disorders are quite common among adults with ADHD. I’ve found that under medical supervision, they can be effectively managed with relative ease. My psychiatrist has finally stopped asking me to schedule monthly appointments.  We only really catch up when my prescriptions are running low.

I’d had problems with getting to sleep since I was a small child. My mother told me that I rarely slept as a baby. That made me the black sheep of the family. My dad likes to tell me that he can sleep anywhere, at any time, and for as long as he wants. Sleep, it seemed, was perhaps the most devastating factor of the impact that ADHD has had on my life. I only really got a handle on my life when I addressed it.

Now, I sleep when my body wants me to sleep. And, with Mirtazapine, methylphenidate, and a healthy lifestyle, I can function–to the extent where people are genuinely surprised to hear that I have ADHD.

For more posts about ADHD and Sleep:

42 thoughts on “ADHD and Sleep: Your Elusive Circadian-Rhythm Dream?”