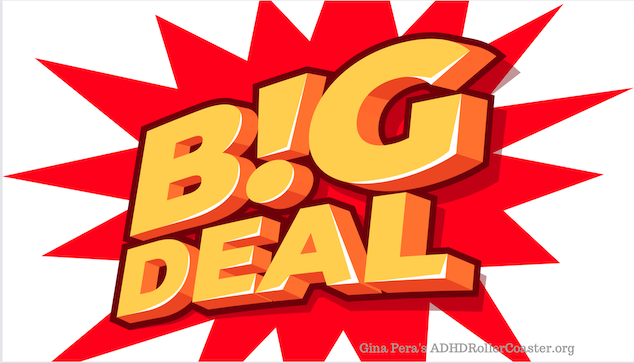 Myth #8: Having ADHD Is No Big Deal!  Here’s the longer version:

ADHD is only a difference in how you view the world. Why make such a big deal of it—or, worse, pathologize it?

Sure, the ADHD diagnosis might sound trivial to anyone who hasn’t lived with it. Left unrecognized or poorly managed, however, it certainly can be a big deal.

The tendency to minimize ADHD springs, it seems to me, from its highly variable nature:

If you know someone with ADHD who is very “high-functioning,” you might assume…hey, no big deal!

Then again, you might not know how hard they work at it.

No Impairment? No ADHD

Consider first: It’s not ADHD if there’s no impairment.

To have the diagnosis of ADHD, a person must be experiencing difficulty in more than one “domain of life.” These domains include work, relationships, financial management, education, and the like.

As explained previously in this ADHD myth series, ADHD symptoms themselves are typical human behaviors. It’s the number and severity that make the diagnosis, along with impairment.

Yet, the ADHD diagnosis is not, as some believe, the harbinger of doom.  Instead, it brings the knowledge on how best to reduce or eliminate the impairment. That’s why ADHD is a “good-news” diagnosis.

(For more information on this topic as regards ADHD and relationships, check out my two-part series at the blog I write for CHADD: When a “Good News” Diagnosis Means “Bad News” for the Relationship.)

These impairments can be a very big deal. Research points to poorer life outcomes for adults with poorly managed ADHD, compared to adults without ADHD.

Of course many adults with ADHD do well in life, diagnosed or not. But we’re talking about a generally higher risk of adverse life outcomes.  By minimizing the potential for adverse advents, we risk undercutting the legitimacy of ADHD in the public perception, and that’s where political and policy decisions are made.

In other words, if you want your insurance to cover ADHD diagnosis and treatment—if you want students to receive accommodations— know the risk of calling it a “gift.”

In fact, many top experts consider ADHD among the potentially most impairing disorders in psychiatry—yes, more impairing than depression and anxiety.

In part, this is because ADHD can affect so many aspects of life: money management, education, driving, employment, communication, sleep, hearing, and even sex.

Yet, do we find The New York Times targeting depression or anxiety with front-page sensationalist stories?  No. There would be an uproar.

How about the news reports about teen depression and suicide? Do we find reader comments to the effect of, “I’ll tell you what they did in my day to kids like that—they smacked ’em!” No.

But for ADHD, that’s par for the course.

In an interview with Russell Barkley, PhD, for my book

, he cited numerous studies pointing to poor outcomes for people with untreated ADHD (again, as a group) in these three areas, among others:

They are less likely to finish high school or college and more likely to be undereducated relative to their intellectual ability and their family’s educational background.

“They are seven times more likely to be fired from the job, and will not rise up the economic or employment ladder as quickly as other people without the disorder from the same neighborhood of the same IQ and the same educational level,” Barkley says.

Moreover, they are more likely to change jobs frequently, either from boredom, difficulty meeting deadlines, or interpersonal problems with coworkers, supervisors, or customers.

People with poorly managed ADHD  burn through friendships and dating relationships faster than average and are more prone to marital discord and divorce.

As a population, adults with ADHD show these patterns:

Barkley and other serious experts don’t emphasize these facts because they are the Bad News Bears. Instead, they know that public-policy around ADHD—insurance coverage, medication access, and school accommodations—depends on a clear-eyed assessment of what people are up against.

As for psychiatrists who themselves have ADHD and “sell” ADHD as a gift, I have to wonder whose interests they are looking out for: their own financial income or the ADHD community. (And, to tell you the truth, I don’t have to wonder much.). For more on this topic, see Myth #9: Medication Only for Severe ADHD

The point of this myth-busting post is not to paint ADHD with a very dark brush. Rather, it is to emphasize that 21st Century knowledge, strategies, and treatments stand ready to make ADHD less of a big deal. For everyone. But only if we don’t distract ourselves with fuzzy thinking and fairy tales about what ADHD is—and is not.

Some day, science will be able to help us “drill down” into the diagnosis and have more distinctions among the variable experiences.

Until then, none of us likes lumping 10-30 million people into the bucket called “ADHD.” For now, though, it’s what we have to work with. Instead of painting ADHD as a gift, I propose that we work on communicating the great variability in the diagnosis—and the importance of viewing all people as individuals. 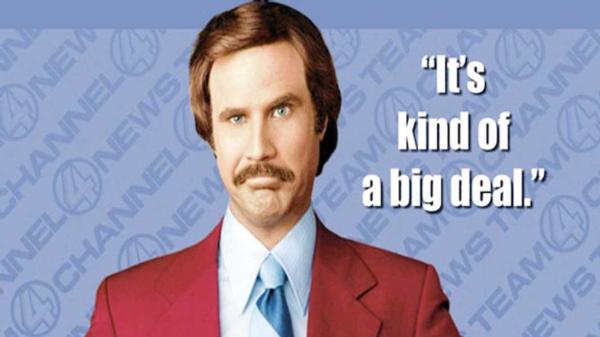