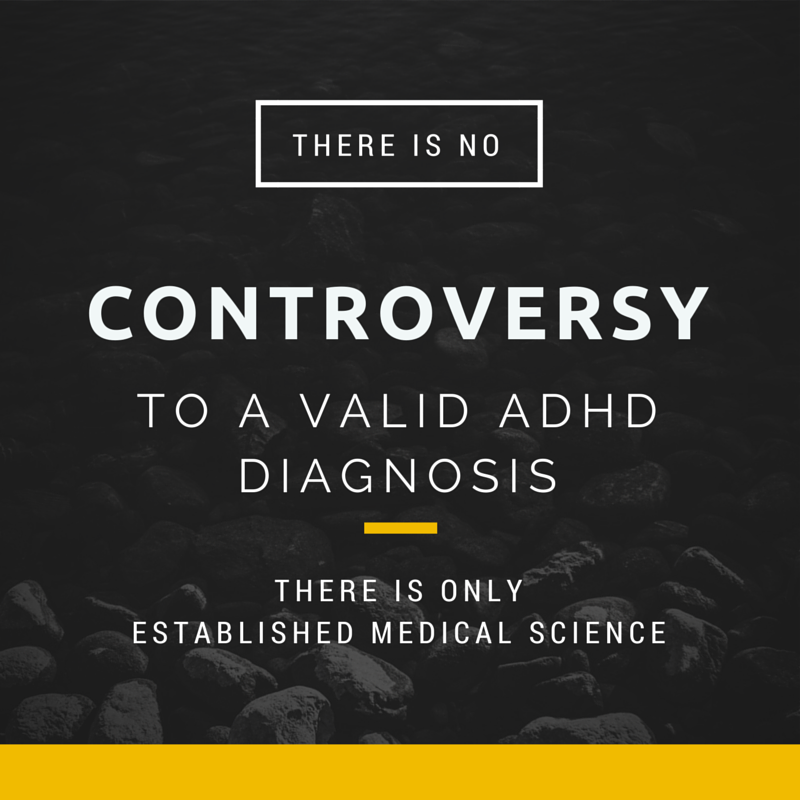 Prowl around on the Internet, and you’ll see thousands of Web sites decrying ADHD as a hoax and controversial diagnosis. You’ll see virulent accusations that the psychiatric profession is teaming up with the pharmaceutical industry to drum up business by. “inventing a disorder”.

While visiting these sites, you’re typically encouraged to buy a book or some overpriced, questionable brain remedies. Scare tactics sell, it seems.

If you or your loved one has ADHD, however, you know it is a very real condition. Evidence only continues to mount, even if many mental-healthcare providers have not kept up with the best medical practices.

The International Consensus Statement on ADHD

More than a decade ago, researchers and clinicians became fed up with the widespread myths, misconceptions, and outlandish ideas about ADHD. They feared that inaccurate information portraying ADHD as a fraud or a trivial condition would prevent thousands from seeking necessary treatment.

In 2002, led by psychologist Russell Barkley, they drafted International Consensus Statement on ADHD.

The statement clearly and succinctly documents scientific findings regarding the validity and adverse impact of untreated ADHD on the lives of the many it affects. Its 85 signatories include noted physicians, psychologists, and scientists worldwide.

Occasional coverage of the disorder casts the story in the form of a sporting event with evenly matched competitors. It is more than a decade later, and the peer-reviewed published literature has at least quadrupled, with 1,000s more serious researchers devoting their work to ADHD.

The views of a handful of non-expert doctors that ADHD does not exist are contrasted against mainstream scientific views that it does, as if both views had equal merit.

Such attempts at balance give the public the impression that there is substantial scientific disagreement over whether ADHD is a real medical condition. In fact, there is no such disagreement….

To be clear, ADHD is a valid diagnosis, with a strong physical, brain-centered basis.

“One of the  Best Researched Disorders in Medicine”

ADHD is one of the best researched disorders in medicine, and the overall data on its validity are far more compelling than for most mental disorders and many other medical conditions.

ADHD is accepted as a noncontroversial, valid disorder by these professional organizations, among others:

By 1993, 31 countries had adopted the use of ADHD medication, according to one well-regarded study. By 2003, 55 nations officially recognized both ADHD as a valid disorder and medication as a treatment for it.

Bottom line: There is No Controversy

There are no annoying codes to enter.

3 thoughts on “Myth #7: ADHD Is A Controversial Diagnosis”