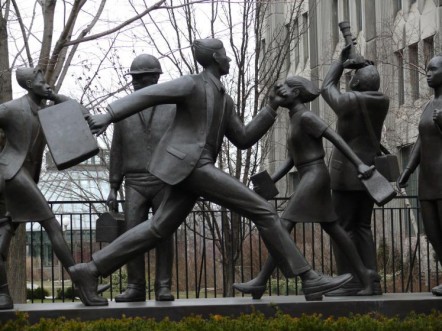 It can indeed seem that way.  But there’s a difference between ADHD and ADHD’ish.

Living in the accelerated 21st century, it’s easy to get so overwhelmed and stressed that anyone can occasionally forget details, communicate poorly, snap at loved ones, and get sidetracked from what we’re supposed to be doing.

And then there are all those electronic devices messing with our dopamine pathways. Make no mistake: they do mess with ‘em!

For people with ADHD, however, such challenges are not transitory or situational. They are persistent and pervasive. “Yes, the world really is different now compared to when most of us grew up, because there is so much more to juggle,” concedes ADHD expert Patricia Quinn, MD.

So, In a Sense, Yes: Modern Life Makes Us All ADHD’ish

Does that mean, however, our fast-paced life causes ADHD? No, Quinn says. Too much stress can impair anyone’s brain function, but it doesn’t cause ADHD. She offers this bottom line: “When you remove stressors, people with ADHD still have ADHD. In other words, it’s not purely stress that inhibits their functioning. It’s the lack of skills required to meet challenges.”

Moreover, our fast-paced world can make someone with ADHD function worse than they might have in earlier times. In fact, some experts say, that is another reason ADHD is being more widely diagnosed: because modern life is demanding more of us than ever before.

Certainly, we’re learning that good brain function is vulnerable to the constant stimulation streaming in from cell phones, TV, e-mail, cell phones, and our increasingly noise-filled environment. Some of us habituate to the stimulation as if it were a drug, growing more easily bored and at loose ends when lacking our fix.

People with ADHD, however, seem to possess an exaggerated tendency to seek stimulation and then suffer more from overstimulation’s impairing cognitive effects.

ADHD: Not Really So Modern

6 thoughts on “Myth #4: Modern Life Makes Us All ADHD’ish”