Gaslighting has many shapes or forms—and can show up in surprising places. Including the farmer’s market.

Who knew that wearing my new t-shirt to pick out produce on a Saturday morning would raise such a ruckus?  That a man would soon be screaming at me, neck veins bulging.

Who could have predicted that—instead of casually chatting about English peas or shitake mushrooms—I would be drawn into a public “debate” about ADHD?

When it comes to denial of ADHD, you never know where and when it’s going to pop out. But when it does pop out, it’s often angry—and perhaps reflecting a “methinks thou doth protest too much” phenomenon.

Sure, I’m accustomed to ranting ADHD-deniers on the rough-and-tumble Internet—but not while strolling amid the produce vendors on a sunny Saturday morning.  Still, it was good to know that my verbal “gaslight-proof” skills match my written ones—even when I’m not expecting it.

I’m sharing this story in hopes of helping you to “gaslight-proof” yourself.

First, What Does “To Gaslight” Mean?

The phrase “to gaslight” someone harkens to the 1944 film Gaslight.  Charles Boyer’s character cravenly manipulates Ingrid Bergman’s character (his wife)  to believe that she is insane.

In psychological terms, “gaslighters” say and do things to make their victims question their perceptions, their knowledge, and their beliefs. It’s all done in an attempt to fulfill the gaslighter’s egocentric needs (financial gain, need to control others or to force others to conform to the gaslighter’s beliefs and perceptions, etc.).

Sometimes the gaslighter is consciously predatory and manipulative. Sometimes, however, brain-based pathology can seem deliberate but is more of a neurobiological imperative. So many possibilities for this loosely defined term.

Here’s a taste of the film:

Second, This Wasn’t Just Any T-shirt

That Saturday morning, I was wearing a strikingly good-looking t-shirt created for a Stride for ADHD Pride.  My friend Natalie Knochenhauer, founder of the [now former] Philadelphia non-profit ADHD Aware, sent it to me as thanks for serving on the board.

The man literally stopping me in my tracks wasn’t a fellow shopper. He was soliciting signatures for a political petition.

He appeared middle-aged, soft-spoken, and sincere. At first. That’s why I thought took his initial interest in ADHD as genuine.  So, I congenially fielded the usual misinformed opinions.

Looking back, though, I remember being struck by a certain coldly piercing look in his eyes. 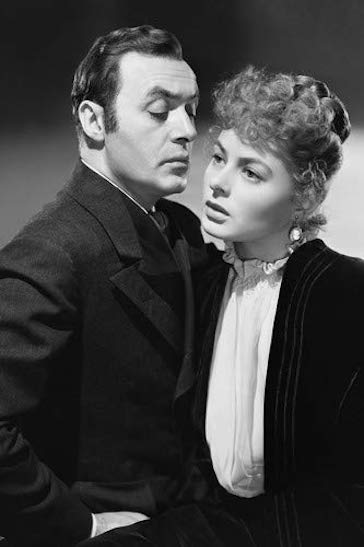 Him: Well, you might not be aware of this, but ADHD is an American phenomenon. It’s caused by the culture.

Me: Yes, I can see why you’d have that perception.  Surprisingly,  though, ADHD’s prevalence is consistent worldwide, according to epidemiological studies.

It’s true that the U.S. might offer more cultural distractions (technological gadgetry, etc.). But it’s often the people with ADHD who have the most trouble resisting the distractions. So you can see how that’s sort of a chicken-and-egg issue.

I’d agree with you, though, that  all humans are vulnerable to these distractions. That’s why ADHD is considered a spectrum condition, sort of the extreme end of the human condition.  Keeping  our focus despite all the distractions is a challenge for everyone, but especially for people with ADHD.

Him, using icily threatening tone: I hope you don’t push medications on people. I practice meditation, and meditation is the only solution.

Me: I don’t push anything on people. I try to share informed information about the choices.

Meditation might be very helpful for some people with ADHD, especially with their anxiety. But others don’t find that its benefits carry over substantially into the tasks of their workaday lives; many can’t even focus well enough or sit still long enough to meditate. Sometimes medication helps them, though, to pursue a meditation practice. 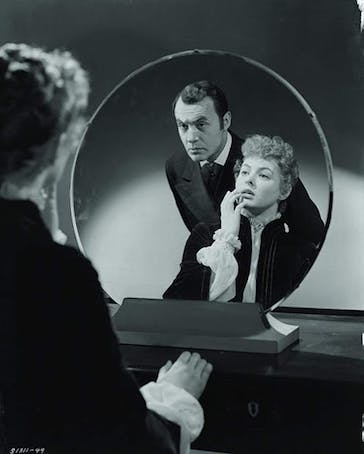 Him:  “Medication is poison! You want to poison people. We know that medications don’t solve the problem—they just cover it up— and they create horrible, life-threatening side effects.”

Me, not allowing his personal attack to distract or “gaslight”: No, actually, we don’t know that. We know quite the opposite, that untreated ADHD carries with it higher risks of accidents, including brain injury, suicide, and other life stressors.

It’s regrettable that some reckless or lazy physicians have helped to create more justified fear about the medications. It’s definitely a problem; that’s why I try to share information that helps people to avoid bad side effects and poor outcomes.

Him, showing little capacity for complex thoughts or nuance: No, all medication is bad.

These people with so-called ADHD must stop making excuses and start meditating.

This Is Where History Repeated Itself

A few months earlier, I had met Sarina Grosswald, of the David Lynch Foundation, at a CHADD ADHD Conference exhibit hall. Standing at their booth, I read through their prominently displayed album of badly reported stories about ADHD.

Finally, I asked Grosswald why she couldn’t simply share the potential benefits of meditation for children and adults with ADHD. Why did she promote meditation by peddling scare stories and misinformed news reports about medications?

I asked, “Do you have no empathy for the people who report higher functioning and happier lives because they choose to take medication and benefit, including children?”

Her steely eyes shot  daggers at me, much like the guy at the farmer’s market. She recited chapter and verse from their displayed propaganda.

Point by point, I calmly countered her scare tactics and misinterpretation of the research.  In response, she grew increasingly angry. (What is it with these angry anti-ADHD meditators? They’re surely not great advertisements for their cause. Haha.)

By the way, I was concerned that maybe I’d been rude so I asked the person manning the next booth. “Well,” he said diplomatically, “you were very clear.”)

For a sample of Grosswald’s misinnformed scaremongering on ADHD medications, scan to 2:30 on this video:

Now Back to the Farmer’s Market

Finally, the ladies nearby, promoting a different petition, entered the discussion. They showed intellectual curiosity. They asked me how I became interested in ADHD. I explained and mentioned that I’d written a book on the topic.

One responded: “I was a school psychologist for 35 years and I love your t-shirt. It’s wonderful that you are stating the facts about ADHD. Misinformation hurts everyone.”

Him, facial muscles stiffening: “Facts! Those aren’t facts! That’s Big Pharma propaganda. Who do you think you are? Anybody can write a stupid book. In fact, I am writing my own book! “

Notice the continued attempt to discredit me, to put me in an extreme position that I do not hold.

I avoid the natural instinct to defend myself.  This isn’t about me, it’s about the facts,  and it’s about standing up for my friends with ADHD.

For him, it’s all about manipulating me into capitulation. To encapsulate me in his own defiance and denial of, well, whatever might be going on with him. 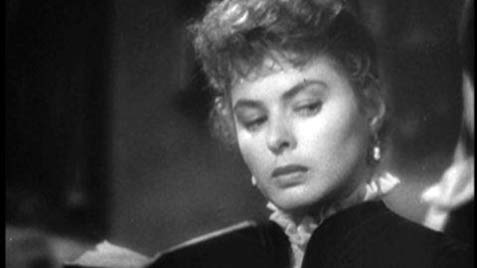 And I Avoided the Gaslight’s Incapacitating Glare

Me:  Who do I think I am? Nobody special. I’m just a journalist who has worked hard to research and understand scientific facts as well as the reality of ADHD. Because this information can help people.

Me, making an appeal to his sense of empathy, just in case he really isn’t the pathological narcissist he seems to be: Hey, I understand that you probably feel you are being genuinely kind and compassionate. You probably believe you are truly saving children and adults with ADHD from what you perceive as a horrible medical alternative. You believe you are giving them a more enlightened one.

We all want treatments that offer the most benefit with the least harm. But could you consider for a moment that your black-and-white militancy might actually be creating more problems for these people—in the form of stigma, fear, and confusion?

Many of them have been told all their lives that their problems are of their own making. That if they’d just do fill-in-the-blank, their problems would be solved. But many people with late-diagnosis ADHD tried for years to help themselves by doing things such as meditating—to little avail.

In essence, you’re telling them that if they can’t meditate, they’re just not trying hard enough. You’re just adding to their pain, not alleviating it.

Not For His Lack of Trying

Him, getting a scary-mean look in his eyes: “Words! Those are just words! How can my words hurt anyone?   That is an illusion!

If these people with so-called ADHD meditated, they would know that words don’t matter.

You should meditate, too, because you are caught up in the same illusions. Look at you. Your philosophy is causing you problems. Look at how you persist!”

Note this gaslighter’s increasing focus on making my “philosophy,” credibility, and illusions the problem. But I remain undistracted by his manipulations. Why? I am grounded in the facts, and my facts have been validated by both ADHD professional experts and those other experts: the people who have ADHD.

I  realize how people who are more tenuous in their facts or confidence might find such characters intimidating. He was “tall, dark, and handsome”—and imperiously confident. He had all the makings of an effective psychological bully.  A Gaslighter extraordinaire.  (In fact, he reminded me of Jim Jones, without the charm.) And that made me even more steadfast to the point.

Please understand: He didn’t even pretend to be “reasonable” on the issue. He refused to consider the gray area I offered matter-of-factly. People less informed, with less concern about the stakes, might have mistaken his resolve for conviction.  But I saw something far more disturbing.

Me, understanding there was nothing more to discuss: “Okay, well, it’s nice to meet you. But I need to finish my shopping.”

Him, loudly and angrily, the imperious manner growing more resolute: “See, she’s running away!  She can’t stand to hear the truth. She’s hurt by words and can’t take the fact that she’s wrong.”

Me (laughing):  “I’m not running away. I’m walking away to Contreras Farm’s stand before they run out of eggs.  I came here to shop and enjoy myself, not to be provoked into an argument so you can self-medicate with anger and opposition. Have a nice day!”

Him, practically apoplectic, to the ladies at the next booth: “Did you hear that? I never got a word in edgewise. She talked the entire time!”

Have you ever experienced “gaslighting” behavior, about ADHD or anything else? How did you deal with it?

Are you dealing with someone who is “in denial” of their ADHD? You might find this article interesting: Adult ADHD & Brain-Based Denial.