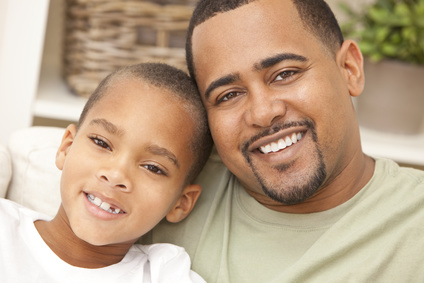 Is ADHD for kids only? Clearly, no. But we didn’t always know that.

Until the 1990s, most medical professionals viewed ADHD as a diagnosis only for children, specifically physically hyperactive children. (A few in the healthcare industry—thankfully, very few—still mistakenly believe that.) One explanation: They thought that children outgrow ADHD because physical hyperactivity, long considered an ADHD hallmark, tends to lessen with age.

This misperception started changing in the 1970s when a few pediatric physicians experienced in treating ADHD connected the dots—observing “little apples” falling suspiciously close to the tree. That is, their young patients’ parents often shared many of the same behaviors, albeit in adult form. For example, they might self-medicate not with candy or boisterous activity but with alcohol or cigarettes.

“In treating children with ADHD, I started asking parents if they used to have problems like this as children, and the spouse would say, ‘What do you mean, used to have?’” says psychiatrist Paul Wender, who has been called the “Dean of ADHD.” Wender is a lecturer in psychiatry at Harvard Medical School. He began studying ADHD four decades ago, establishing himself as a pioneer in its diagnosis and treatment, both in children and adults.

Here’s another important point: Most of today’s adults who actually have ADHD were never diagnosed as children. In fact, 88 percent of ADHD Partner Survey respondents say their partners were first evaluated and diagnosed as adults, during this relationship. According to the most recent research, only 1 in 10 adults with ADHD are diagnosed. 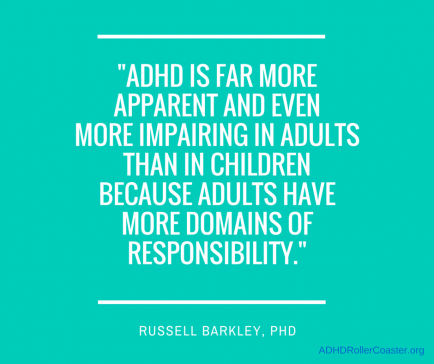 Given modern awareness and diagnostic methods, if these adults were youngsters today, their symptoms would stand a better chance of being recognized. But that didn’t happen, and so no wonder critics decry the “alarming” rise in diagnoses today.  Notice, though, these critics weren’t worried about ADHD going under-diagnosed—then or now.

Even today, however, many bright children challenged by ADHD fly under the radar screen for years because:

It’s only later in life—perhaps college, that first job, that first serious relationship, or that first baby—that they “hit the wall.”

In fact, according to ADHD authority Russell Barkley, ADHD is “far more apparent and even more impairing in adults than in children because adults have more domains of responsibility.” That is, adults are expected to hold a job, run a household, manage money, look after their health, and, in some cases, provide daily structure for children.