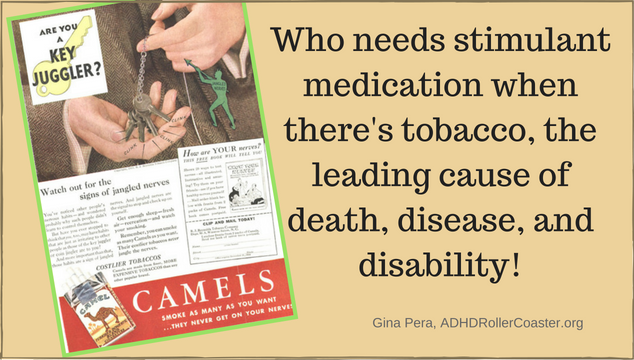 Decades ago, I noticed a connection between ADHD and nicotine. For example, the adults in my local discussion group who had smoked cigarettes as teens and young adults reported the least “psychological baggage” from living with undiagnosed ADHD.

More than a few men with ADHD (and their spouses) have told me they can’t function without “snuff” (chewing tobacco). Yes, and some developed cancers of the mouth and throat.

I thought back to my childhood. Everybody smoked. At least it seemed that way. We moved through clouds of smoke everywhere—in homes, on airplanes, in automobiles, and in all public places.

Then it dawned on me: Since that time (1950s-70s), Americans have stopped smoking by the millions. How does that relate to ADHD? It means that a big chunk of the population who used to be “medicated” for ADHD were no longer. ADHD and nicotine were a match made in….addiction?

Then one day, exhausted in my hotel room at the end of an ADHD conference, I was half-watching commercial TV.  (The mesmerizing Ice Road Truckers!)The advertisement featured a woman who:

I blinked.  What? Was this an ad for ADHD?  No, it was an ad for a smoking-cessation program.  Hmmmm.

In this post, I’ll share a gallery of “mid-Century” advertisements. To me, they surely seemed targeted to folks with ADHD.  (Anxiety, too, but ADHD is our topic now, and ADHD is often mistaken for anxiety).

Everybody Used To Smoke

Check out this “newsreel” from 1954:  “Odd Holders for Odd Needs.”  Indeed. What fun those sophisticated smokers were having!

The historical magazine advertisements I share later in this post hint at the ubiquity of cigarettes—and their many “health benefits.”

Research: The Brain and Nicotine

Back to my early curiosity about ADHD and nicotine. In the late 1990s. I started digging. But back then, I found little.

Yes, I learned general information about nicotine and its effect on the brain.  Here’s a lingo-free sample from the National Institute on Drug Abuse:

Nicotine also activates areas of the brain that are involved in producing feelings of pleasure and reward. Recently, scientists discovered that nicotine raises the levels of a neurotransmitter called dopamine in the parts of the brain that produce feelings of pleasure and reward. Dopamine, which is sometimes called the pleasure molecule, is the same neurotransmitter that is involved in addictions to other drugs such as cocaine and heroin.

Researchers now believe that this change in dopamine may play a key role in all addictions. This may help explain why it is so hard for people to stop smoking.

It is the 21st Century. Yet, the public largely operates in the dark about the nature of addictions. For example, methamphetamine users are routinely mocked and scolded. The implication is weak character and poor choices. But does anyone ask, why do they start and why do they continue using?  Ask, that is, without the judgmental and accusatory overtones.

Here is a related story for you:  I Was Addicted to Meth When I Was Diagnosed with ADHD.

The young woman who wrote it looked beautiful and healthy when I met her, at an ADHD conference years ago. But she was suffering with a dark secret. When you finish reading her story, read the comments.  They are heartbreaking—to anyone who has a heart. 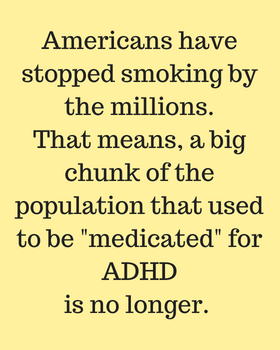 Going back to 1996, I found a bit of specific research on ADHD and nicotine: Nicotine effects on adults with attention-deficit/hyperactivity disorder.

By the mid-2000s, interest was picking up. Excerpted below is a 2008 Reuters article (“ADHD tied to more severe nicotine dependence”). It reports on a study from prominent ADHD researcher Tim Wilens, MD:

Young people with attention-deficit hyperactivity disorder (ADHD) may be particularly vulnerable to serious nicotine addiction if they start smoking, a new study suggests.

Past research has shown that kids with ADHD are more likely than their peers without the disorder to start smoking. These latest findings suggest that once they do take up the habit, they also tend to become more severely nicotine-dependent, researchers report in the Journal of Pediatrics.

“The nicotine dependence appears to be about twice as bad,” said lead researcher Dr. Timothy E. Wilens of Massachusetts General Hospital in Boston.

The study, which included 166 15- to 25-year-olds with and without ADHD, found that those with the disorder scored significantly higher on a questionnaire that gauges physical dependence on nicotine.

Their average score was double that of smokers without.

By 2017, research was informing clinical treatments: Attention-Deficit/Hyperactivity Disorder and Nicotine Dependence in Adults

Considering the argument of ADHD being an independent risk factor for nicotine dependence, we think the co-occurrence of the smoking addiction and ADHD symptoms in the context of dopamine dysregulation is important in the clinical setting. Treatment modalities and of preventive strategies should be considered while keeping this in mind.

Today, a PubMed search on ADHD + nicotine will yield many results. 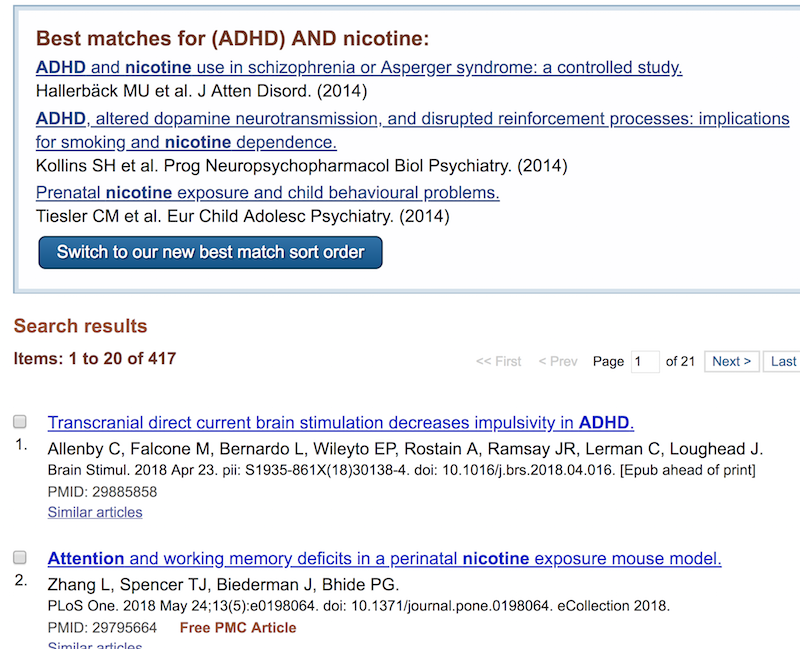 Tobacco: Leading Cause of Preventable Death

Don’t get me wrong. It’s great that we’ve come to view tobacco as unhealthy. I grew up inhaling massive amounts of second-hand smoke from my father’s habit. And I was only one of millions.

According to a CDC Fact Sheet: Current Cigarette Smoking Among Adults in the United States:

Moreover, certain populations are more vulnerable to tobacco use, including people of color, people with no college education, and people suffering from “psychological distress.”

The Washington Post neatly packages CDC data in this piece:  “Who still smokes in the United States”?

Stimulants Could Save Millions From Tobacco’s Risks

My point is: It’s ironic, isn’t it?  I have seen stimulant medications help people with ADHD to live healthier lives. Many can finally get their weight, diet, and sleep under control—to the point that they can stop taking other prescription medicines.  Typically, these are medications for the American epidemics of obesity, hypertension, and diabetes.

Yet, stimulants are too often demonized.

Here’s a tip for the next time someone asks you, “Why this ADHD all of a sudden?”  Tell them about nicotine and the brain. Show them these charts—and maybe some of the ads that follow: 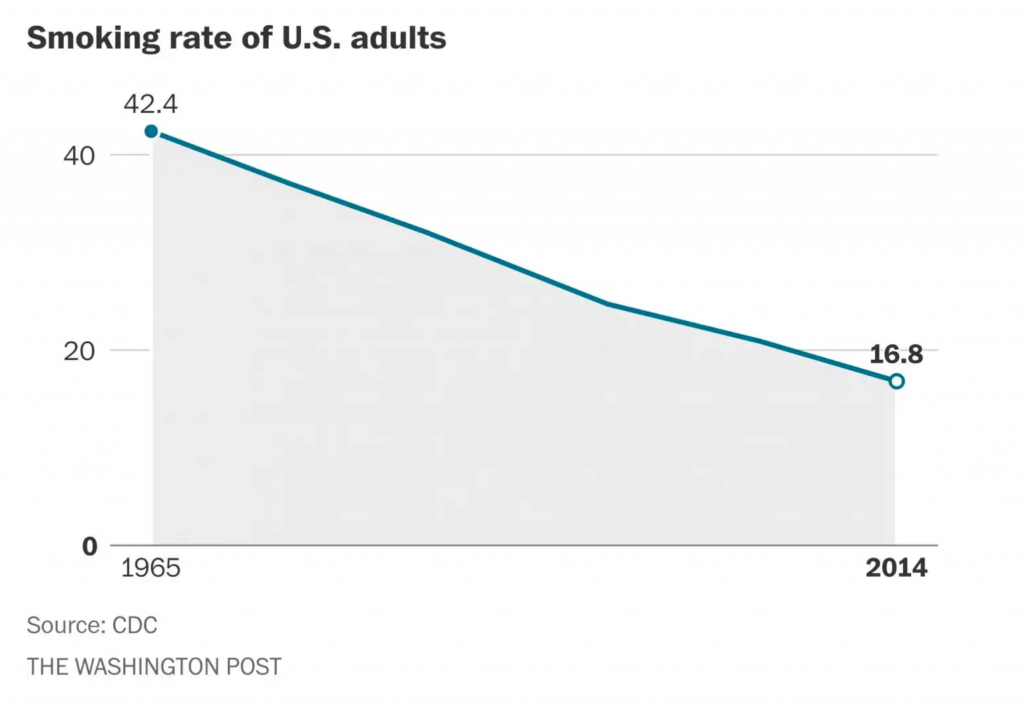 Finally, here are the vintage magazine advertisements for cigarettes. Camel had quite the series touting its cigarettes’ benefits for your “nerves.  Other brands prominently featured physician and “science” endorsements.

At the end, check out the ads for vaping. Also, note the later ads promoting a “rebel” mentality. 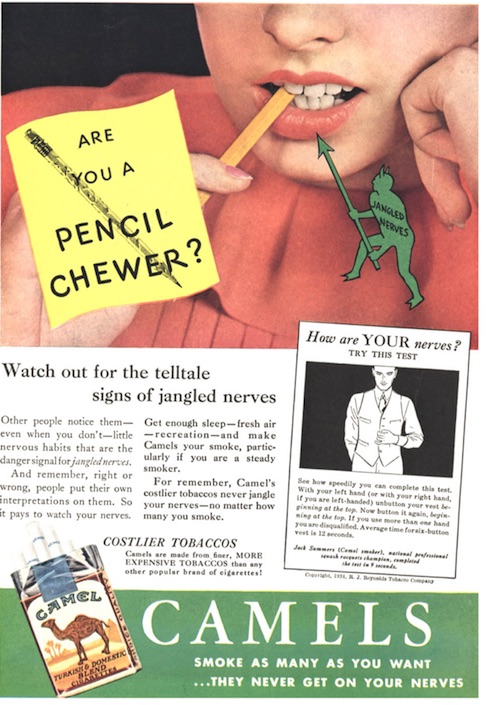 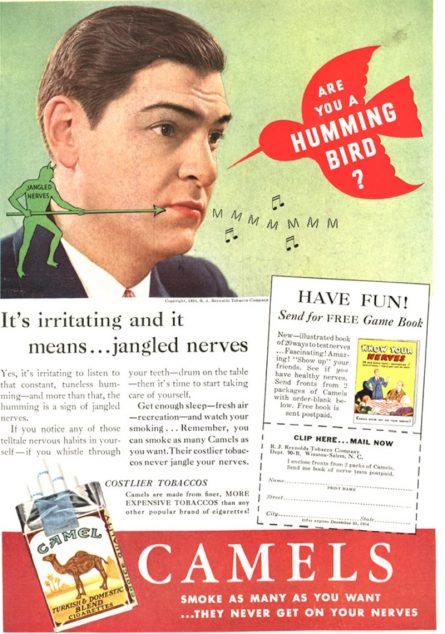 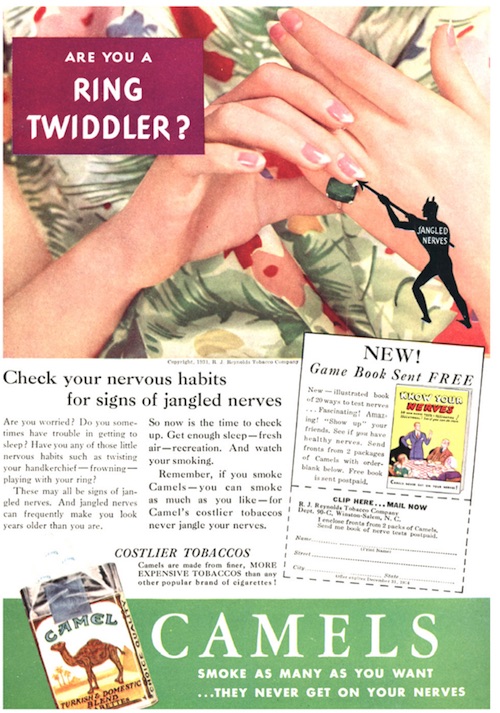 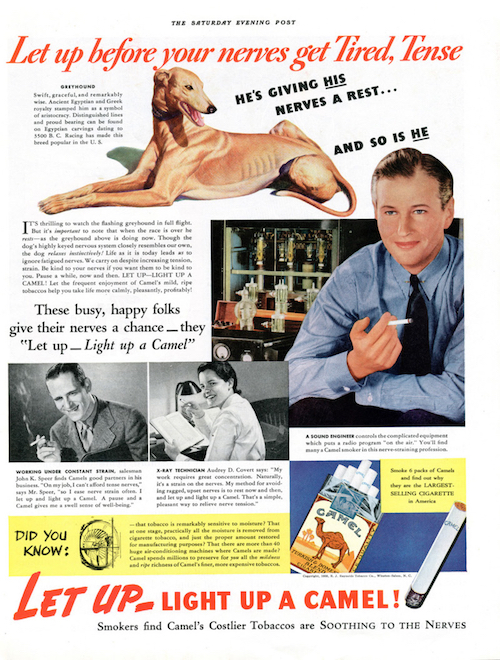 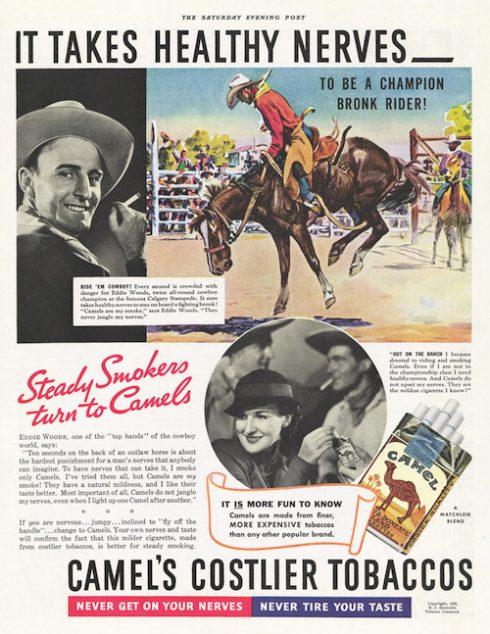 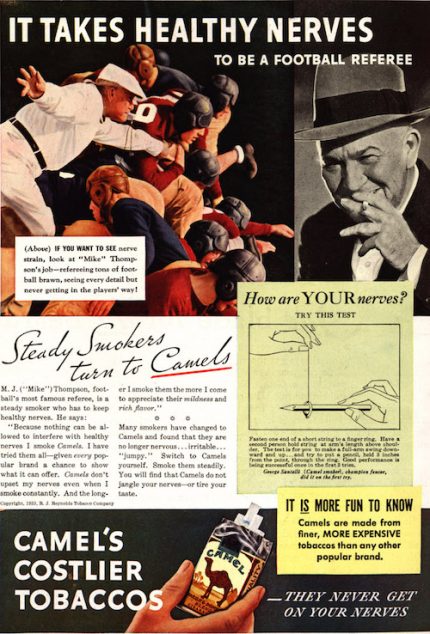 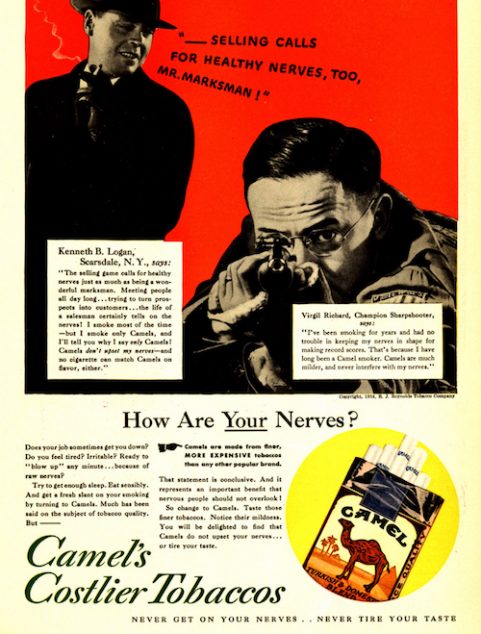 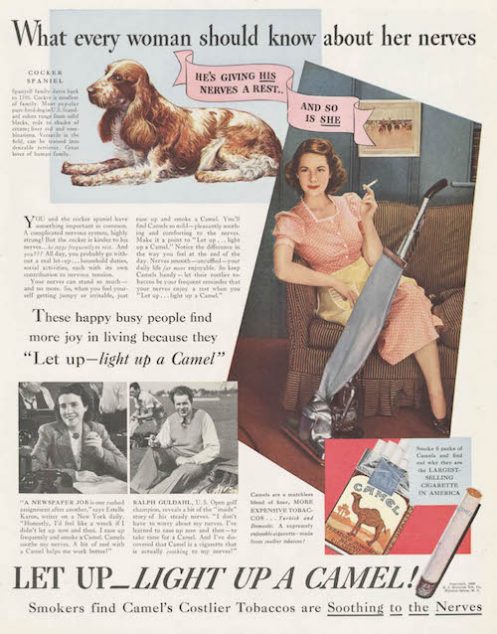 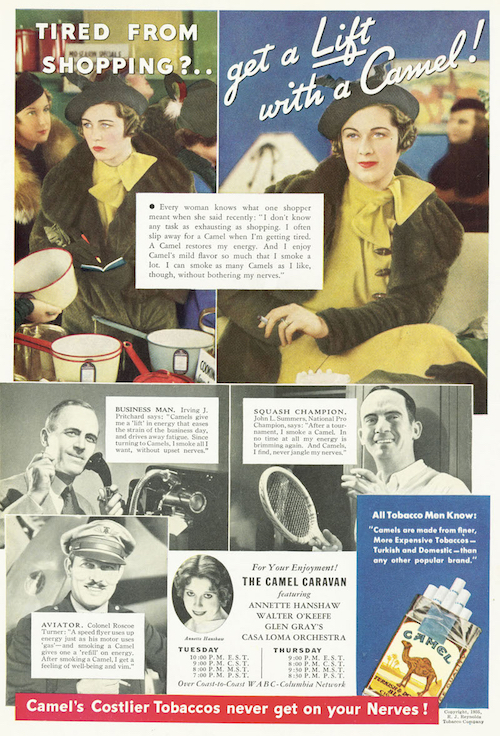 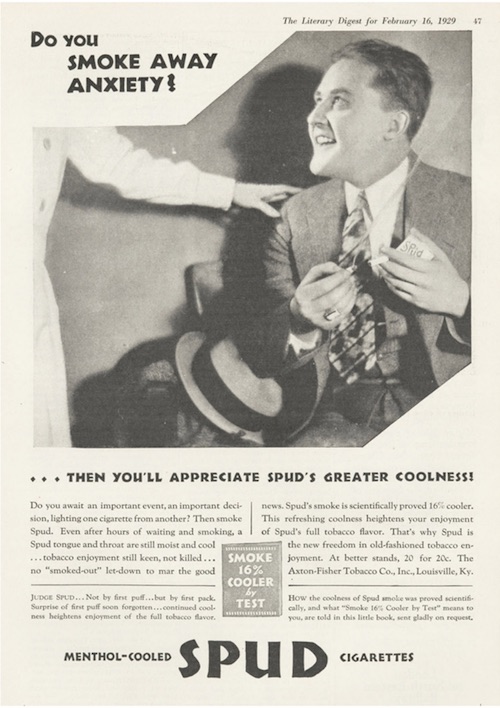 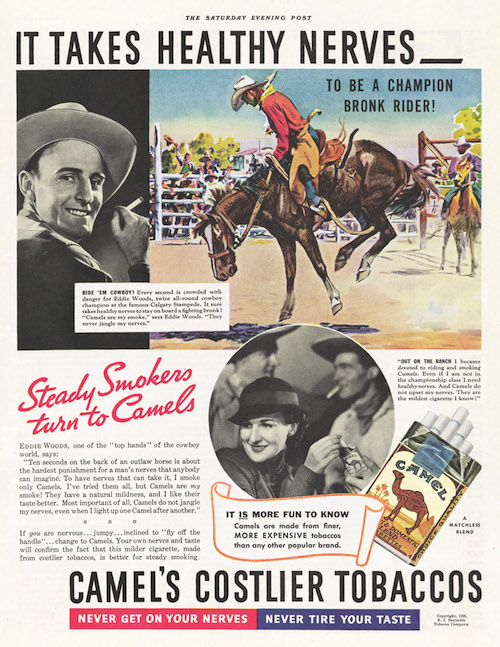 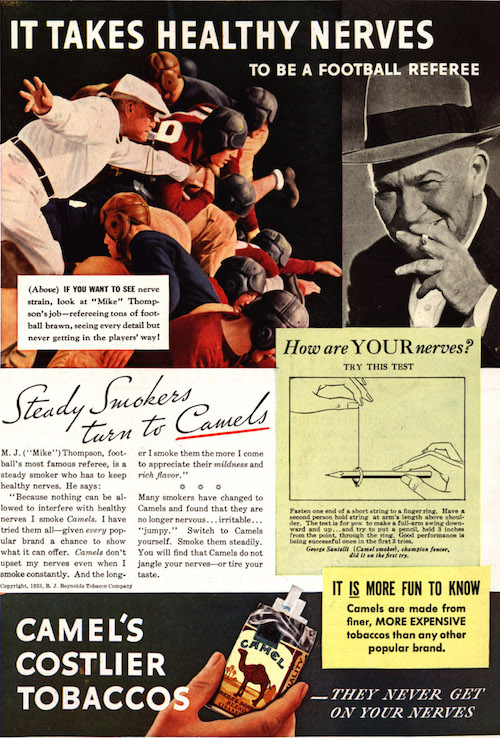 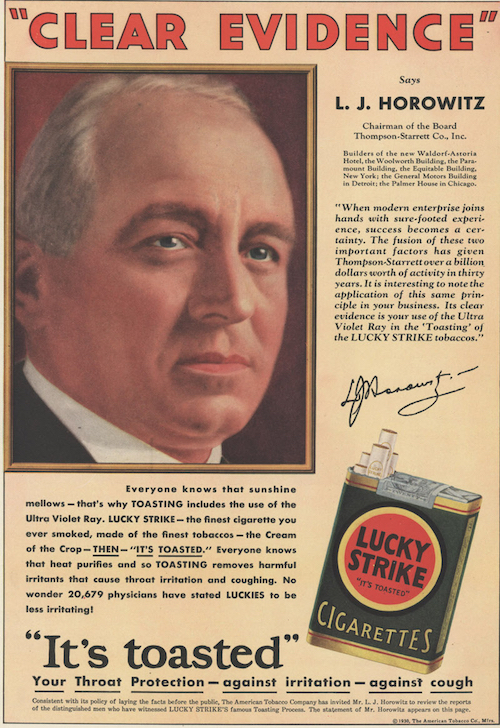 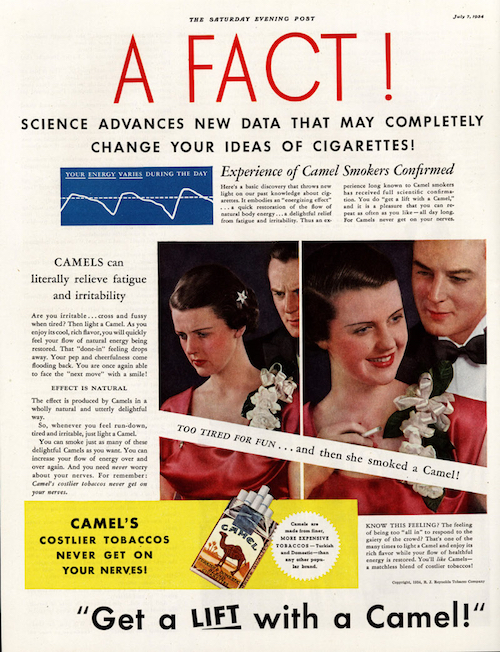 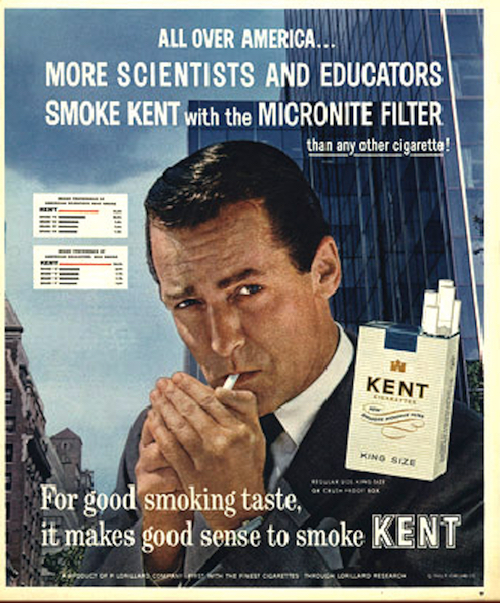 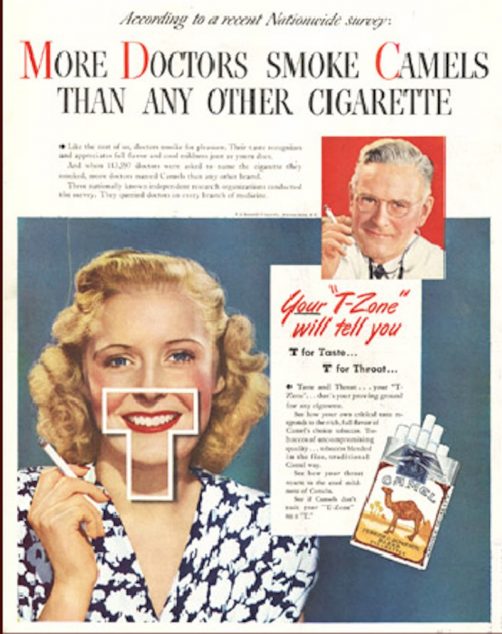 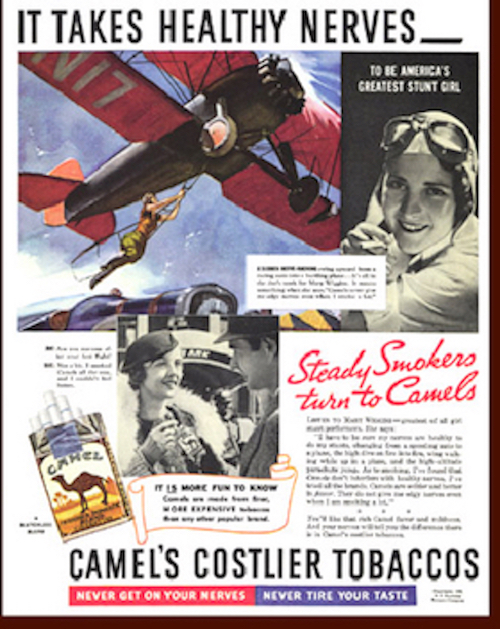 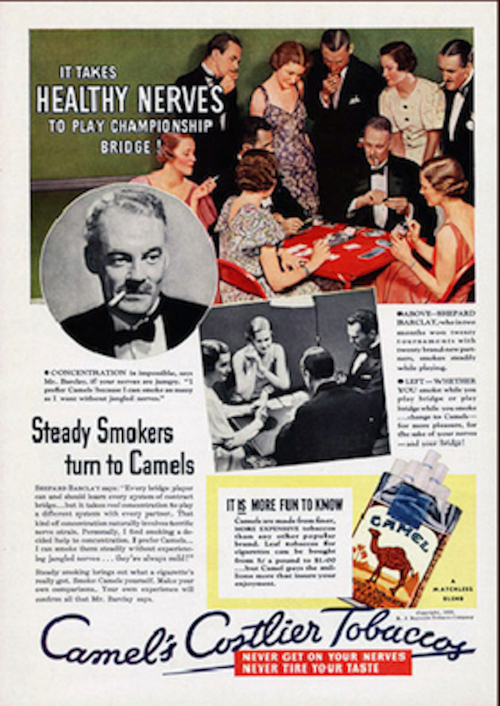 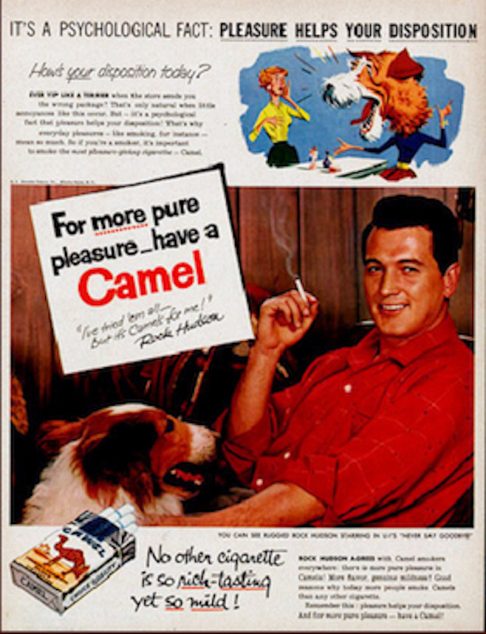 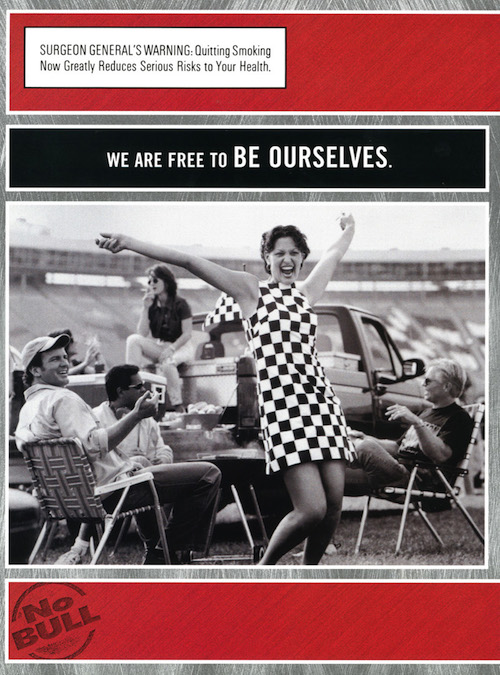 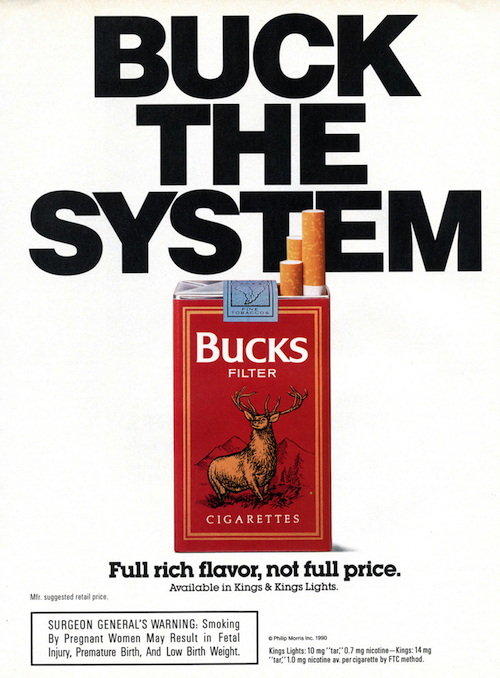 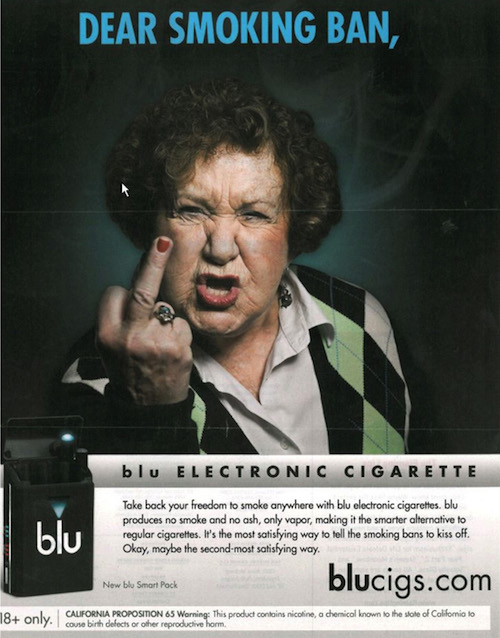 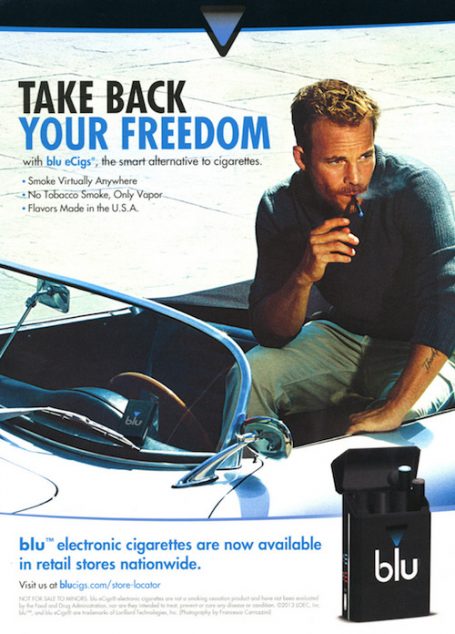 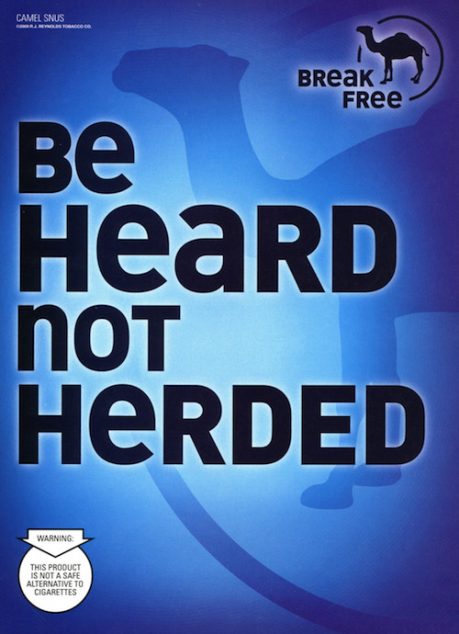 As always, I welcome your comments.
—Gina Pera