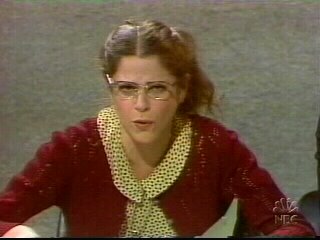 These days, I feel like Gilda Ratner’s character Emily Litella. No, I’m not mishearing “Youth in Asia” for “euthanasia” or “violins on television” instead of “violence on television.” Instead, I’m listening to news about the federal “stimulus package.” But in my mind, I keep hearing “stimulants package.”

Now that’s an odd thing, you might say. But consider this:

One thing about ADHD most people don’t understand: It’s not an attention disorder. It’s more of a regulation disorder. In fact, you could say that ADHD “deregulates” a person’s actions, thoughts, willpower, and behaviors.

Moreover, the last few decades of “deregulation” have seen us get fatter and more sedentary. Research shows that untreated ADHD is also associated with higher rates of obesity.

I can’t offer double-blind controlled research to prove my point. Yet, anecdotal reports from the support groups assure me of this: Their ADHD partners, in large part, eat horribly, sleep poorly, and get far too little exercise. (The credit card debt is often large, too.) It’s no wonder so many of them report hypertension and diabetes, even at young ages.

How are we going to “reform” healthcare if we ignore the role that unrecognized ADHD plays in chronic, epidemic health conditions? How will we “reform” costly prisons if we continue to ignore underlying psychiatric issues in the majority of the incarcerated?

When I examine where these federal stimulus dollars are going, I sure don’t see billions allocated for mental healthcare, not to mention stimulant medications.

In California, following voter fervor for getting tough on crime with “three strikes,” we have prisons bursting at the seams and untenable costs both financially and socially.

(While working at a business paper during the military downsizing in the early 1990s, I wondered where all those defense contractors would turn their profitable attentions next. It took only a little digging: prisons. Next thing we knew: pandering campaigns to get tough on crime and the three-strikes law, bought by a gullible public who were stuck in old paradigms. Many people have been made rich by these prisons, and their cost to society has been incalculable. )

The “deregulating” Reagan administration scaled back federal leadership and funding for community health centers. In fact, even here in wealthy Silicon Valley, when people needing ADHD treatment but lacking insurance ask for help, I have nowhere to refer them. It’s a horribly helpless feeling.

Frankly, it’s not much better when they have insurance. The few competent ADHD specialists simply cannot afford to treat ADHD based on insurance reimbursement rates.  Keep in mind, however: The U.S. is the leader internationally in recognizing and treating ADHD. But there’s plenty of room for improvement.

I realize I’m no public-policy expert. But I see the need, and the need is great.  But it’s a stimulus package, isn’t it, not a stimulants package.

4 thoughts on “What’s This I Hear about a “Stimulants Package”?”