The theme of this post? Think differently about thinking different—when it comes to ADHD and being “special.”

The best part of having a blog is sharing thoughtful essays from friends and readers. My friend Lew Mills, PhD, MFT is a San Diego-based psychotherapist with remarkably thoughtful perspectives on ADHD.

Having been diagnosed himself and having children with ADHD, Lew knows of what he speaks. I’m pleased to share this one—about why being “special” isn’t all it’s cracked up to be. 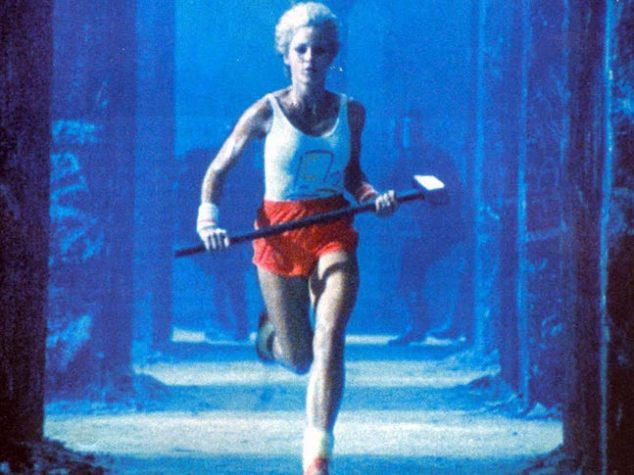 What is the most universal appeal in commercial advertising?

OK, yes, sex. Sure, I’d like to believe that the model in the beer ad is really flirting specifically with me. But really, our culture’s most beckoning appeal is to be “different.” The Apple Computer campaign, advocating that you “think different”, exploits it directly.

In the now-famous 1984 ad, Apple positioned itself as the colorfully creative athlete against a sea of gray lethargy, the warrior of the people who prevails against the machine.

You can also see the ad on the Apple website. Yet, in a perverse Orwellian desecration, Apple revised the historic ad in 2004 by painting in an iPod on the colorful woman runner.

In the original, with the contrast of color against the gray, the Apple ad reflects the imagery of the Wizard of Oz.

You remember that all the pretensions of Oz are a smokescreen designed to hide from you the fact that you have had a brain, a heart, and courage all along. Once the pretense of the Wizard is broken, Dorothy finds her way to who she really has been all along. Even wicked witch-like bullies are powerless to coerce her now. She has succeeded in being different and finding her true place in the world. 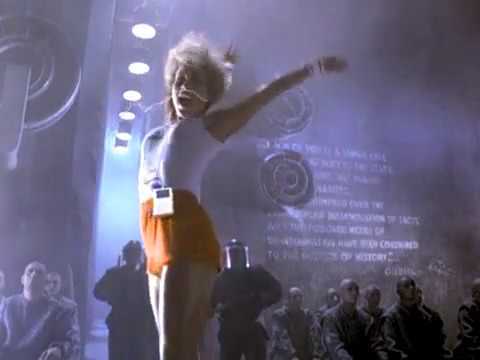 Of course, in the commercials exploiting this theme, the levels of irony are confounding. The appeal to individuality is quintessentially universal. There is hardly a more common desire than to be uncommon.

But did you notice that it was all part of a plan to coerce your purchasing decisions?

This issue of being different subsumes the issues about the attractive model in the beer ad. Do you know why she is flirting with just me, and not the millions of other viewers of the ad? Because I am different, special. If I recognize that she is simultaneously flirting with millions of other people, her appeal to me dissipates instantly. But no, I am easily convinced of what I want to hear: I am special.

So what’s so special about being special?

Does Having ADHD Make One “Special”?

Recently, I was surprised to see how this plays out in the realm of ADHD. A journalist was doing a story on the advertising of ADHD treatments to parents. In one ad, the key idea was that treatment could bring the child’s and the parent’s lives back to “normal.” As an adult with ADHD and a parent to children with ADHD, that made perfect sense to me.

A normalizing treatment suggests that it remediates a difficult condition, such as ADHD. But perhaps only someone who is different can appreciate the value of being normal.

Normal is appealing in the way that being “regular” is appealing when you watch a laxative commercial. Ask someone who is irregular how that works for them.

The journalist was incredulous that “normal” is a good thing to be. To this journalist, whose profession is paid for by those commercial messages about being different and special, the idea of promoting “normal” seemed very stifling. Why would someone want to be normal? Shouldn’t the parent be thrilled that their child might be special?

“Special” As A Euphemism for “Stigmatized”

But the word “special” has some funny twists to it. Few kids in Special Education will tell you that there is anything special about it. Most yearn to return to the “normal” classroom. “Special” might as well be a euphemism for stigmatized.

So how is it that we have these two opposing views on the merits of being different and special?

Another Apple ad drives the point home. The voice-over says, “Here’s to the crazy ones, the misfits, the rebels, the troublemakers, the round pegs in the square holes, the ones who see things differently. They are not fond of rules and they have no respect for the status quo.”

As images of Einstein, Gandhi and John Lennon pass by, the ad goes on to equate their craziness with genius and human progress. It is truly moving. Incidentally, it sounds like something of a symptom list for ADHD.

A frivolous parody of the ad brings home the real message. By using the same voice-over and displaying images of infamous sociopaths, it pulls back the curtain on our real attitudes about deviance.

Do you know how many people with ADHD, untreated, live in our jails?

Special is good if you prevail. But if you fail, it is just “weird” and wrong. If you don’t manage to pull out some act of genius, push the human race forward and change the world, (as the ad says), you get a different response. 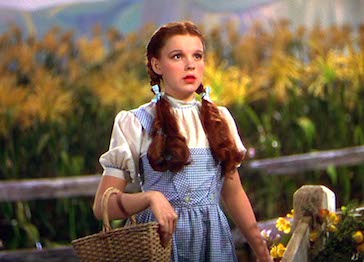 To Be a Dorothy—or an Ariel?

So what is a Dorothy to do? I think she is a much stronger character than, say, Ariel, the Little Mermaid.

Ariel rebelled out of a vain desire for unattainable human trinkets, an improved standard of living and a handsome sailor. Hans Christian Andersen originally wrote a much more grim end for her. As a just punishment for her vanity, she was reduced to sea foam.

Disney rescued her from that fate, to go on and sell millions of Ariel trinkets to children infatuated with the same idealized mythology of being a little rebel.

Dorothy took a very different route about being different. Though she was clearly an unusually high-spirited Kansas farm-girl, she did not strive simply to be different. She set out to find herself. When she found out who she really was, the other answers came much more easily. And what she cherished most was to be back home.

So what is Dorothy’s message? Though our culture romanticizes being different, “different” is not really the point. Although the folks in the ads are certainly very unique sorts of people, that is surely not what they set out to be. What sets them apart is the courage they had to be the people that they already were.

We do them and ourselves a disservice in romanticizing the “different” in them. Should we happen to fall for the push to rebel for the sake of rebellion ourselves, we would have gotten their lesson exactly wrong.

If you are different, there are a lot of role models of how you can come to terms with it, accept it, and make the best of it. It may even put you in that unique league of world-changers.

If you are not so different, there is much to celebrate. Idealizing those who struggle with being different is not particularly attractive, and it is likely to distract you from what you are truly able to contribute. You too can join that elite group who change the world, though your approach may be on a different path.

If you think your life can be enriched by the people who are “different”, try choosing some that are not yet recognized. Einstein was just a typical genius. Find a different genius in someone who doesn’t know it yet. Without building it into an idealized fantasy, help that person see who they really are. That would be different.

Nobody should waste their energies on tragic dreams of marrying princes, studying to become a genius or otherwise romanticizing “different.” Remember Dorothy, there is no place like home. Everyone is waiting for you back there.

5 thoughts on “Think Different—Differently—About ADHD and Being “Special””