Here is a treat! Have you ever wished for a very catchy, cleverly made music video on ADHD? Here it is!  The 2010 song “A.D.D.” comes from Loomis & the Lust.  Talented frontman Will Loomis has ADHD (or “A.D.D.”, as he sings)—and a sharp sense of humor. 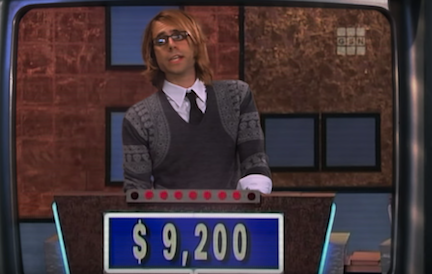 The song begins with these lyrics:

People think I do drugs,

but I don’t even smoke pot

I still get asked for it a lot

I can’t get anywhere on time

I got a lot of things on my mind…

I love this band! So well done! If you do, too, spread the word. You can purchase the Nagasha CD on Amazon. 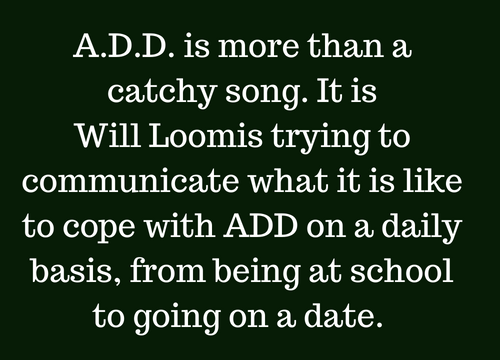 From The Press Release:

The song is by Loomis & The Lust, a pop-rock quartet that MTV Iggy calls one of the “Top 25 Best New Bands in the World.” Their frontman, Will Loomis, has been struggling with ADD his whole life. They have just released a video for their single, A.D.D..

A.D.D. is more than a catchy song. It is Will Loomis trying to communicate what it is like to cope with ADD on a daily basis, from being at school to going on a date. In the song’s video, the band has tried to visually capture what it feels like, at times, to have ADD. With a little light-heartedness thrown in, Loomis & The Lust are earnestly trying to give viewers a glimpse of what so many people struggle with every day.

Hailing from Santa Barbara, California, they are quickly making an impact with their bright, catchy brand of pop mixed with a little rock and roll raucousness. It is this blend that earned them an “Artist on the Verge” award at the New Music Seminar, and $25,000 from OurStage.com.

To leave a comment, please just scroll down. No registration and no annoying codes.