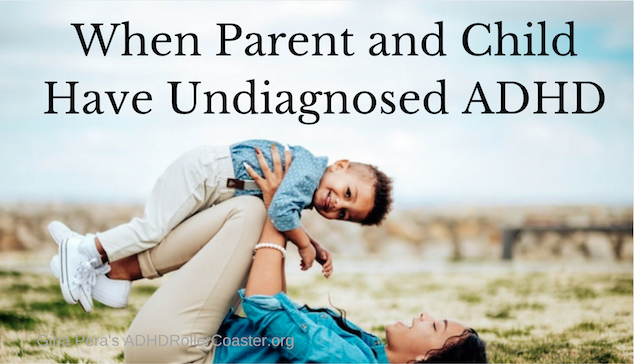 In a recent post, a young man describes hard truths about his late-diagnosis ADHD. It deeply resonated with a mother who shared her story in response as a comment.

A mother discovers that her child has ADHD—and then links that discovery to having ADHD herself.   It’s a classic story, for mothers and fathers. We know it happens all the time. But we typically don’t hear the historical details.

In that guest essay, one reader saw her own story—and that of her son’s. She wrote a moving comment, re-printed in this post.

Brandy’s comment was only one of the outpouring of supportive comments to One Man’s Rugged Reality of ADHD. Written using a pen name, Dylan Rosen’s story touched readers’ minds and hearts. Because Brandy painted a vivid picture of how ADHD in both parent and child can go unrecognized for years, I am sharing it here.

Could You Have Late-Diagnosis ADHD, Too?

What is late-diagnosis ADHD?  We use the term to describe a diagnosis that comes later in life. That typically means adulthood. But when you think about it, we can also call it late-diagnosis when child of 12 finally gets an explanation for years of struggle.

I often hear from parents in distress and even angry about the school pointing out the red flags of ADHD in their child. They never saw the signs, these parents say; how dare the school suggest such a thing!

Of course, it’s true that schools or teachers sometimes overstep their bounds. They might take a personal dislike to a child or misperceive problematic behavior as ADHD-related. Yet, it’s also true that, even if ADHD is never mentioned, a teacher’s unfavorable opinion of a child’s behavior and performance might be worth paying attention to. 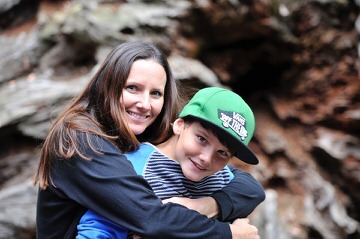 That’s why, the first question I ask of parents who write to me with such concerns: “Is it possible that you or your co-parent have ADHD, too? And maybe that’s why you don’t realize that ADHD might be an issue for your child at school?”

This question sometimes comes as a shock—and isn’t always well-received. But I’m not here to be popular. I’m here to help people face some hard truths, especially when it comes to their children, and elevate their lives.

The truth is: For many parents, late-diagnosis ADHD explains their entire life history—and treatment helps them to better help their child.

That’s why I so admired Brandy’s compassionate courageous path of inquiry, as explained in her comment on Dylan’s story. I’ve reprinted it below.

For more information about ADHD in women and girls, visit CHADD’s page on that topic. 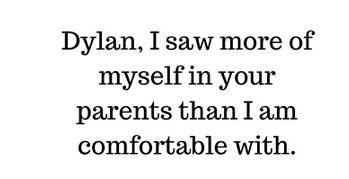 Hello Dylan, Your Story Hit Home for Me

Many of the aspects of your story really hit home for me. I saw more of myself in your parents than I am comfortable with.

I took my son to a psychiatrist to be tested for ADHD  about a month ago. He has just turned thirteen. I’ve known that he has a tough time following multi-step instructions and has struggled with inattention since he was small.

I didn’t suspect he had ADHD at first because the only kids I knew that had it were like those little spring-loaded pop-up toys. They were always jumping up and down, unable to sit still. My son is very well behaved and not overly hyper. He does fidget but he is able to sit still in school, church, etc. 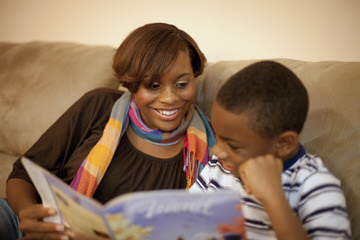 My Son Gets These Traits From Me

Besides, even if there was something wrong, I was afraid medication would change his personality. I like how my son is funny and witty and a bit of a smartas*. He is extremely chatty. But even though that annoys me at times, I can’t really complain since he most definitely gets that from me.

He has chores every day that should take him 10 to 20 minutes to complete. At one point I broke his chores down into a very detailed list in an attempt to help him to remember to do everything. (Our dog really likes it when he is given food on a daily basis.)

The only way I can be sure that his chores get done is if I take his list and call out each step to him one at a time. I firmly believe he means to do his chores he just gets easily distracted. Of course, he still gets griped at about his chores because most days I forget to go over the list with him.

Homework is another issue I try to be very diligent about. He will do it on his own if its science, history, or practicing a song on his snare drum for Band. (If he remembers he has an assignment.)

Yet, If he has homework in math or English, he will do anything to get out of doing it. Of course, if I go to his school’s website I can see his homework list. If I ask him to bring it to me so I can check over it once he is done, then it gets done.  Naturally, he gets griped at for not turning in homework at school because I usually forget to check the website and it doesn’t get done. 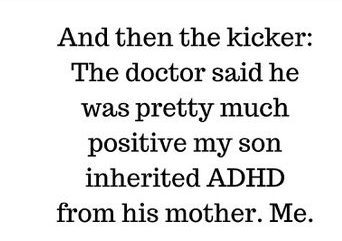 When he was in the second grade his teacher told me that he had the highest grade average in the entire second-grade class. His IQ was tested. Let’s just say his score was impressive. He entered the gifted program, which he loved. But that class met only two times a week.

By third grade, his grades started slipping. I started getting calls from teachers.

By fourth grade, he hated going to school. He started off the school year trying to be the class clown. That day, his teacher formed an opinion that he would be a problem. No matter how hard he tried after that, she never changed her opinion.

Her treatment of him was so bad that at the end of the year the fourth-grade class had a concert. Every student had a small solo throughout the program. Every student besides my son and two others. This was a huge blow to his self-esteem.

His grades in math and English have gotten progressively worse. When he brought home his last progress report, his grades ranged from high nineties in three classes and a D in math and an F in English.

Oh, and the teacher noted that he had scored an 8 on an English exam. (An 8?!?! How is that possible? You can score an 8 for remembering to write your name down.)

Finally: Mother and Child Discovered to have ADHD

That 8 score was the turning point for me as his parent. I realized I needed to find help for him—for us. I took him to the psychiatrist. After having us take the quiz and talking to the two of us for an hour, he said that my son had ADHD Combined Type.

And then the kicker: He said he was pretty much positive he inherited it from his mother. Me.

Now all I can think about are all of those long conversations my husband and I had with my son. We told him that he was capable of much more than he was doing. I’ve told him countless times that he has great potential.  Yet,  if he didn’t start getting it together, he was going to waste this opportunity. He needed to create the academic foundation on which his future dreams could be built.

(Yes, of course. I know this from experience. I was on the dean’s list my one and only year of college. Now I’m a bank teller. I lack follow-through.) 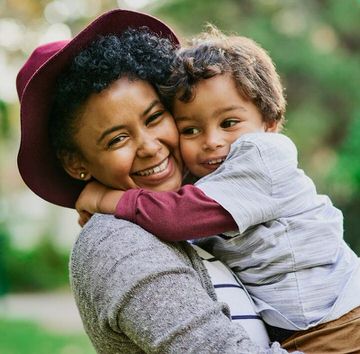 He Was Trying His Best—We Didn’t See It

Looking back, I grew so scared that I have damaged his self-esteem. Now I know: All of those times we thought he was just being lazy, he was trying his best—and all we did was remind him constantly that it was never good enough.

We are both starting the medication. My main goal is to work with our doctor to find the best help for both of us. That way, I will better equipped to be the kind of mother my son needs me to be.

Plus, now I know to take action immediately if I see any of the same symptoms start to emerge in my now 1-year-old daughter. Maybe the things my son and I have always struggled with can be easier for her because of the lessons we are learning now.

Thank you, Dylan, for sharing your story. And thank you for allowing me to have the opportunity to share with strangers things I have been ashamed to say out loud. It was very therapeutic.

Do you have a story about late-diagnosis ADHD?

Your comments welcome. No registration or annoying codes to enter; just scroll down.

This post originally appeared Jan 15, 2012—and it remains timely.