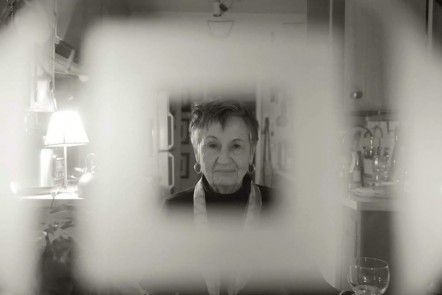 “Call Frances Strassman.  She’s not a bozo,” the woman said. This young attorney exuded an air of authentic authority. That’s why I believed her when she warned, “Careful, there are a lot of ADHD coaches out there who are bozos. Frances is very sharp.”

It was 1999. My husband and I were at our first Adult ADHD discussion group, in San Francisco. My husband had been diagnosed only months before. At that time, there was little support and less solid information.

I did follow up and call Frances Strassman, an ADHD coach and professional organizer well known in the Bay Area. She not only helped my newly diagnosed husband, she also later volunteered her time to help me launch, in 2006, our Silicon Valley Adult ADHD Solutions Clinic. (It’s still going strong, as a monthly discussion group now, and is free and open to the public. Drop in and join us!)

Frances generously donated her time, making the trip from Berkeley to Palo Alto. In three meetings over three months, she worked her magic, with me as her assistant jotting notes on the whiteboard at her direction. I typed up and shared the notes with members at the next meeting.

Frances Was a Rock Star

It is hard to describe the attraction Frances held for people, including me. Diminutive in frame and even-tempered of voice, Frances simply spoke in a way that made people want to listen. To lean in and listen.

Perhaps it was her honesty about her own ADHD-related struggles. She regaled us with picturesque stories of the decades before diagnosis, in her 60s. One particular incident comes to mind. This serial entrepreneur and mother of five had planned a dinner party. As the guests started to arrive, however, she was still in curlers and outside washing down the house’s windows. Let’s just say Frances understood first-hand the “time out of mind” component that many people with ADHD struggle with.

Perhaps it was also her hard-truth-with-compassion delivery. For decades, she sought to ameliorate her “scattered” approach to life in myriad ways, perhaps most notably by working with a Taoist monk and living for a time in the ashram. The wisdom that she gleaned from this experience might be one of the qualities I appreciated most about her. Frances was imminently worldly, incisively witty—a perennial glimmer in her pretty eyes—but also profoundly wise.

On her Facebook page, one friend aptly describes Frances as “a fabulous combination of a genteel lady and  kick-ass broad.”  And another wrote:  “Frances was a true kick in the pants. Never took herself too seriously, yet took her work and life’s calling very seriously.” 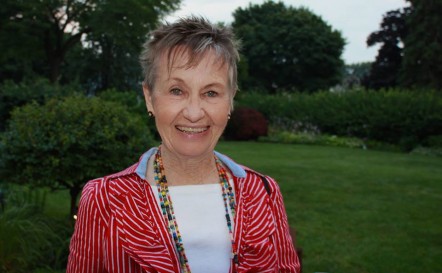 When my husband and I initially went to meet with her, in preparation to Frances working with him, we were both struck by the calm “Zen” quality of her apartment in a hip area of Berkeley.

It wasn’t that she simply liked having a neat, uncluttered desk and work environment. She had an entire life philosophy behind it.  Good thing, too: I knew that my husband would respond best to someone with an intellectual, thoughtful philosophy, not simply a “do as I say because it’s good for you”  attitude.

Later, when Frances graciously agreed to join me in launching the “Adult ADHD Solutions Clinic” effort, I knew I could depend on her to generate excitement and thoughtful engagement. And I was right.

Her Pre-Diagnosis Life: “Walking On a Mine Field”

Frances had traveled the ADHD road, long before we had a name for it. She talked with Palo Alto Weekly reporter Sue Dremann, in an article announcing our new group (“Coping With ADHD: Adults Often Fall Through the Cracks”):

In school, Strassman had erratic grades, ranging from As to Ds. Although she tested high in aptitude, her retention was poor and she had no sense of time. Distracted, Strassman was constantly losing her keys or wallet.

“I’ve described my life as walking on a mine field. I didn’t know when things would blow up. It affects your self-esteem. You keep bawling yourself out. I would say, ‘What’s wrong with me? I’ve missed the last four dental appointments? And the doctor says I have to pay for it,'” she said.

Strassman became immersed in Eastern philosophy and studied with a Taoist master, who taught her a sense of order, she said. She went to an educational psychologist at the College of Marin and enrolled in the disabled students program. When she was diagnosed with ADHD, Predominantly Inattentive Type (meaning without hyperactivity), she took computer classes designed for brain injury survivors. The classes incrementally increased her focus and improved her memory, Strassman said.

She now coaches people with ADHD. Her clients include doctors and lawyers — people whose work depends on focus and attention to detail, she said.

Here is the notice I sent out for that first meeting:

Veteran coach Frances Strassman will speak with us about why the heck order is important and how to bring more of it to our lives. When I asked Frances how I should present her background, she offered this:

Gina–Thinking of the talk, it seems to me that what is useful for your members to know is that I have ADHD, had 5 kids, and a business to run, and was scrambled eggs. Then I spent 500 hours a year for 13 years studying Eastern philosophy and psychology. Now, I can coach and bring order to folks with or without ADHD.

I can walk and chew gum. I suspect those are the critical points to help someone decide whether to come or not.

My faith in Frances was born out.  Here is a snippet from my thank-you note to her:

I can’t tell you what an impact you had on our members and newcomers. I’ve seen folks bloom. That uncertain, tense look on their face has relaxed and expanded into smiles and higher confidence.

They send me e-mails saying they finally went for a diagnosis and treatment and are thrilled with the results.

Your uniquely warm and intelligent way of reaching people has worked miracles.

Bless you, my dear. And, thank you so much for this effort.

We exchanged many e-mails over the years, between her exciting travels to visit her far-flung children:

I head off for a few weeks in Miami; three of my chickens roost there, with a flock of grandkids. Balmy warm weather, dinner at the beach, ahhhhh.

She kindly dropped a note of support when she spied my book on our local PBS station, KQED, as part of the ADD & Loving It?! video airing:

You are on the program tonight with your wonderful book, you wonderful, marvelous creature.

Thank God for your hard work as it is getting more and more attention so that people who don’t know what hit them can start along the path of unraveling.

Those years of hard work are bringing benefit even if some wackos have objected.

A Force Of Nature

I felt certain we’d do a local workshop together, always telling myself there was time. Frances reminded me of my mother in the sense that I couldn’t imagine the world without this “force of nature.”

Yet, last year, I was stunned to read of her passing, at age 79, in a car accident.

One of my last e-mails to her included an apology that, of the many people with ADHD I referred to her, few followed up.

Not to worry, my dear. ADHD is like that. Urgent need, but hard to follow through. Or stick with it. Vicious circle.

I never mind trying with them as I know how badly they need what they are seeking, even if they can’t quite grab it.

I remember early on in my work with my teacher (Taoist master) he said anyone who wants real change, and is lucky enough to find a real teacher, must stay with the teacher while they can, as the teacher gets worn down by the reluctance of people to learn from good teaching and just wears out.

That get-it-while-you-can-as-there-may-not-be-another made such an impression on me that I stayed, although a thousand times I wanted to quit. It is very hard work.

Love to do workshopping with you–you betcha (as we Minnesotans say).

Hi to the man and hope you both having some good summer outings.

Frances was one in a million. I think about her so often, and miss her dearly. 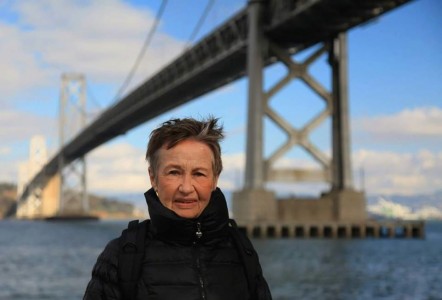