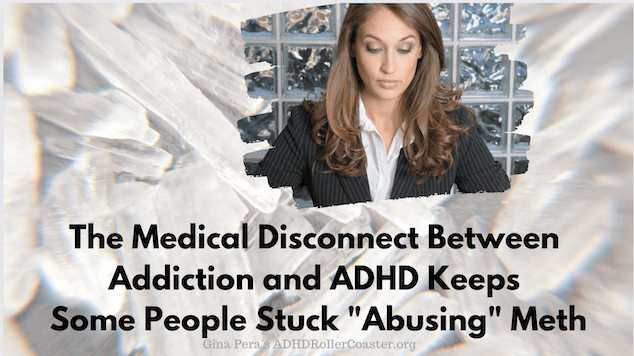 A woman I’d met at a conference wrote to me: “I was addicted to meth for 5 years until I was diagnosed with ADHD.”

You would never take Katherine for a drug abuser. A realtor in her early 30s, she was the picture of fitness and beauty. You see, Katherine did not set out to abuse a street drug. Like many others with unrecognized or poorly managed ADHD and other psychiatric conditions, she faced a “Perfect Storm” of circumstances—and made a “really bad choice.”

She continues with her story, below.  After you take in Katherine’s real-life experience, please be sure to read the comments. You’ll read the accounts from many people living in fear of getting arrested for purchasing street meth, spending more money than they have on it, and desperately wanting legitimate treatment for what they feel sure is ADHD. Yet, they face little to no help or compassion from psychiatrists.

This may be a reinforcing factor in their continuing to abuse meth. Of course, there is a very big difference between taking prescription medication and substance abuse.

Katherine takes it from here.

“I Was a Mess of a Drug Addict”

First off, I had already been a fan of yours for a few years and after reading your first blog post about DNA and ADHD meds, I’m an even bigger fan.

I’m not sure if you remember me but I met you at the CHADD convention in DC in 2013.

I was the mess of a drug addict who walked in 45 minutes late, in tears, and I was desperate for help. You were one of the people who helped me that day, and I’m grateful for you taking the time to speak to me.

I was addicted to meth for 5 years until 2009, when I was diagnosed with ADHD and my psychiatrist put me on Vyvanse. I easily stayed sober for 4.5 years and built a successful career in real estate. At some point before I relapsed, the Vyvanse stopped working. I had no idea until it was too late.

My guess is it lost its effectiveness during the last half of 2012.

I wasn’t able to focus at work. My relationships were more messed up than before. My apartment was a wreck. And my whole world felt like a bottomless pit. During March 2013 I was hanging out with someone I shouldn’t have. Meth was in front of me and I made a really bad choice when I did it.

It was a perfect storm for me to relapse, and I stayed addicted until I finally went to rehab on Nov 15th, 2014 until Jan 12th.

My psychologist there told me that my case opened her eyes to the huge impact ADHD has on addiction and she encouraged me to use my experience to help others. She wants to collaborate with me on a plan to do so. 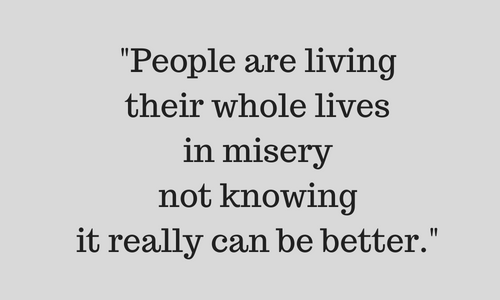 “Each Week I Make More and More Progress”

I’m still working on getting my career back to the level it was before my relapse. Each week I make more and more progress. I’ve even gotten to the point where I’ve shared my truth with a few people who I thought I’d never be able to tell due to our business relationship. The response I’ve gotten from all of them has been supportive and understanding.

It’s so sad to me that there is such a huge disconnect between addiction treatment and mental health, specifically ADHD.  It’s even more disheartening that people are living their whole lives in misery not knowing it really can be better.

I plan to attend the CHADD convention in New Orleans in November and I’m curious, will you be there?

Of course, I remember you and am so pleased to know that I was helpful—and that you continue to make progress.

Yes, I will be speaking at the CHADD conference in New Orleans. On Saturday at 10:30 am.  I hope to see you there!

Comments range from that date to late 2022.