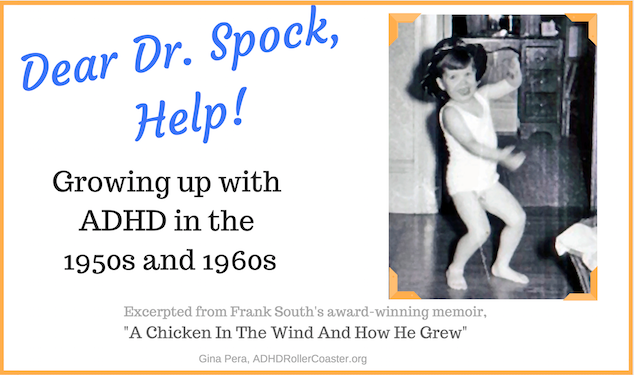 Frank South is a huge talent, and he’s found a new way to share it with us: his memoirs of growing up with undiagnosed ADHD in the 1950s and 1960s.   An excerpt follows.

As for his background, Frank  spent much of his career as a Hollywood producer and writer, known for Melrose Place (1992), Baywatch (1989) and Hyperion Bay (1998).  In more recent years, he’s turned his writing gifts to ADHD, including from the angle of fatherhood.

You’ll find more from Frank at these posts:

Frank South, Adult ADHD, And The Traffic Cop— an excerpt from his one-man show, Pay Attention: ADHD in Hollywood, on the Rocks, with a Twist. It overflows with hard-but-entertaining truths about some adults’ experience of ADHD.

But no escape, my darling, No turning place to hide.
I offer you no amulet,
No stone to fell Goliaths.
These mortal hands protect you
Only as my shadow halts the moving sun. Believe the trust
you give, I will not Betray you. A shadow is a shield.
-Berna Deane South, from For Trey

Nobody Knew What ADHD Was Then

My mother wrote the poem that the above stanza is taken from years ago when I was a kid. She told me when, but I don’t remember exactly. “Trey” is my family nickname.

When I read her poem now, I imagine her as a young mother and poet sitting down at the kitchen table after everybody in the house is finally asleep, and trying to work through the frustration and fear of raising the mysteriously difficult child I was. This last summer, I also found a letter to Dr. Spock from that time folded up in a picture album. In it, she desperately pleads for some answer, some way to wrangle their daydreaming, unfocused, and willful son. She was hoping for at least a hint of how to help Trey get through childhood and adolescence without her and my dad going completely crazy in the process. As I was finishing fifth grade, I think my father was becoming more concerned with the damage I might inflict on the rest of the world.

I went to elementary school in Villa Park, a working-class suburb of Chicago in the 1950s. Nobody knew what ADHD was. The term didn’t exist. But everybody knew what a JD was, a juvenile delinquent, the buzzword for unruly teens. It was the biggest threat to the young and society at large, after polio. But when we got the sugar cube with the Salk vaccine, the JD threat shot to the top of the charts. 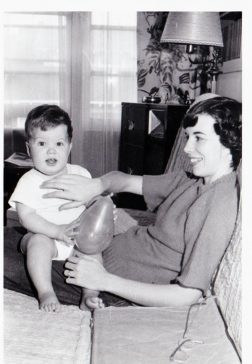 Rebel Without A Cause—Or A Diagnosis

We younger kids were constantly warned by teachers, scoutmasters, and policemen that it’d be better to be dead than to turn into one of those sneering, gum-chewing punks on the corner cleaning their fingernails with their switchblades. But look back at Rebel Without a Cause now. James Dean’s got all the ADHD symptoms, especially in that over-the-top, rambling speech to his dad, Jim Backus. Nobody to this day knows what James Dean was screaming about. And Sal Mineo is just a complete unfocused mess. Everybody in that movie could have used some goal-oriented therapy, ADHD meds, and hand-fidgets that weren’t as pointy and lethal as the switchblades. The exception was Natalie Wood; she was the normal one who tried to keep everybody together, but she was in way over her head.

And that brings me back to my mom. I was in no danger of becoming a JD no matter how much I’d have liked to. I was a doofus ten-year-old with thick glasses and a tendency to breathe through my mouth and walk into things. Dad was gone at the university lab in Chicago all day during the week, and he worked at home a lot on the weekends.

Mom Dealt When The Cop Showed Up

So it was primarily Mom who dealt with things.

Like a cop who brought me home completely covered in mud after he’d saved me from drowning in a deep, fenced-off slough surrounded by warning signs at a construction site where I was playing. Or the other cop who showed up at our front door after he saw me running away from a brush fire I’d accidentally started by the community center and he put out with some help from some firemen. Or the expensive bicycle I borrowed from a friend and then turned around and loaned to a stranger who promptly stole it. Or walking out of the classroom for recess and erasing the lesson the teacher had just finished putting on the board, and then telling the teacher I was acting out because my mean Grandma was visiting.

But my Grandma wasn’t mean, I liked her a lot, and she wasn’t visiting, which my teacher found out when she called my mother.

“I Never Knew How These Things Happened”

I explained every time that I didn’t know how whatever happened ended up happening. I didn’t mean to say or do whatever it was. I just wasn’t paying attention. I could see the frustration and concern in her eyes. But she never lost it with me. She stayed as calm as she could, let me know about whatever consequences I had to face, and still left no doubt that she and dad loved me no matter what inexplicable thing I did next.

This amazes me to this day. My kids have ADHD. They have their challenges and sometimes act out, but they are dyed in the wool saints in comparison to me at any comparable age of their lives. 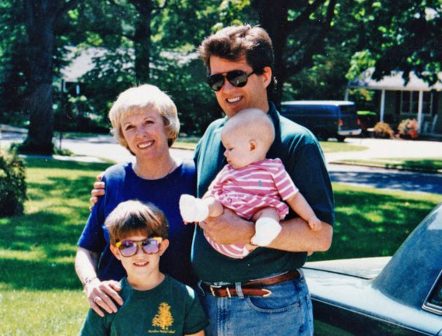 “You’re An Arsonist. What’s Next? Murder?”

Back in the fifties and sixties, there wasn’t any of the understanding and help available to parents of kids like me that we have now. But when I look back at my childhood, I remember the main thing that my parents provided for me and my brother that got us into adulthood in one piece: unquestioning, constant love that doesn’t go away, no matter what. Then or now, or in the future, I think it’s always the main ingredient for any kid to succeed on their own terms, or any adult, for that matter.

Not to say that parents, spouses, and friends of kids like me should never give voice to their frustrations. Sometimes it’s necessary for your own survival if nothing else. My favorite reaction from my father came on a Saturday about a month after I’d been drummed out of Boy Scouts for stealing from another Scout and lying to everybody about it for weeks. He looks out the window and sees me across the street playing with matches and accidentally starting yet another fire and then panicking and running off. After running across the street and stomping it out, he tracks me down, drags me home, and on our front lawn, howls, “My god, you’re a thief, you’re an arsonist, what’s next? Murder?”

That made an impression. At ten years old, I honestly felt sorry for my mom and dad. So I promised I’d try harder to change my behavior, and to pay attention. And I did. I tried.

Excerpted with permission from A Chicken In The Wind and How He Grew (2018), by Frank South

Do Yourself a Favor: Read this Book 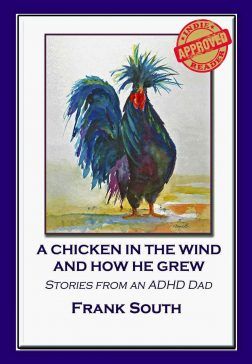 “A Chicken in the Wind and How He Grew” is a collection of interlocking stories written during eight pivotal and sometimes terrifying years in my family’s life when I realized that I’d better learn how to fly through my mental tornado or I wouldn’t be of any use to my wife, my two ADHD kids or anyone I loved – and that everything I cared about could be blown away.

But that means getting out of your own head long enough to care about others and learn how to help. For an ADHD, hypomanic, alcoholic, overthinking SOB like me – that’s a challenge.

Think about it. If every day of your life you wake up already engulfed in a roaring flood of urgent but completely confused and unrelated information hitting you non-stop, all at once, all the time, then the crushing cascade of conflicts and needs of career, creativity, parenting, loss and grief in a family crisis or any other calamity shouldn’t be overwhelming, it should feel like old home week. If only.