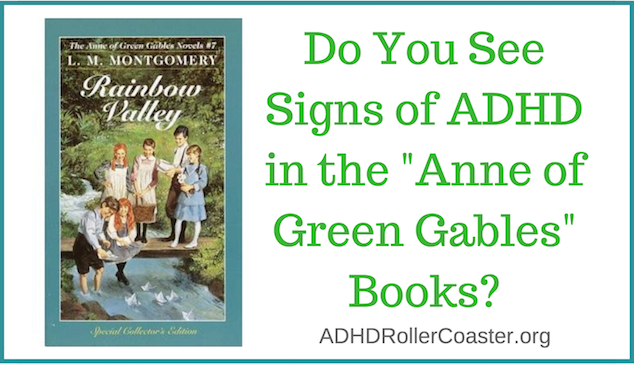 Could Anne of Green Gables have ADHD?  How about Pastor Meredith?

We’ve all experienced it: While watching a movie, reading a book, or listening to a song, we recognize….ADHD. Even if the creator of that work had never heard of it.

My friend Penny H. recognized behaviors similar to her husband’s Inattentive-ADHD-type challenges while reading fictional literature. Specifically, in a book published in 1919, Rainbow Valley, by Lucy Maud Montgomery. It’s part of the Anne of Green Gables series. So much for ADHD being a “modern invention.”

Making this post even more timely:  The Netflix release of the Anne with an E series. Update: Then, two years after this post ran for the first time, a paper published the peer-reviewed Pediatric Annals draws similar conclusions. See the link below.

I like to read. I read a wide variety of books but enjoy biographies, history, and historical fiction quite a bit. Recently I was able to download the complete series of Anne of Green Gables, which I had never read or even seen as a movie or television show.

I didn’t quite know what to expect from these books, written by Lucy Maud Montgomery mostly in the early 1900s, but have found them pleasant reading.

What I never expected to discover was a thorough handling of a character with ADD so pronounced that he could be nothing else. (By ADD, I am using the older terminology to describe the Inattentive subtype of ADHD.)   His name is John Meredith, a widowed Presbyterian preacher with four children.  He reminded me so much of my husband, who has ADD, that I was both astounded and amused. 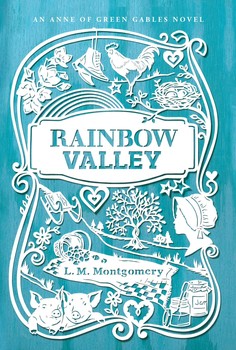 Rainbow Valley was written in 1919. It is set around 1910 or so. The town needs a new preacher and Meredith has been hired, though it soon becomes evident that he has “issues.” He is an excellent preacher. Everyone says that is so. But he is a widower, and running his household is his elderly aunt, who appears to have some sort of dementia. Or maybe she’s just tired.

Whatever her challenges, she is not up to taking care of a household. She cooks about once a week and the rest of the week is “ditto” or leftovers. No one is teaching the girls how to take care of a house, cook, clean, or sew. They are all running wild. The father has his heart in the grave with his dead wife, but his mind is elsewhere.

At the beginning of the book, where he is being described to Anne, who has been away, her friend says the reason Meredith hadn’t gotten a “town” (to preach in before now) was that he was so “moony and absent-minded”. This is saying it nicely. (Moony is an old-fashioned term defined as “dreamy and unaware of one’s surroundings  ”).

The town is scandalized that the children are allowed to play in the neighboring Methodist cemetery (the Presbyterians had gotten the land cheap for the preacher’s house), but “he always has his nose in a book when he is home.”

“He belongs to the sect of dreamers,” the Montgomery writes. 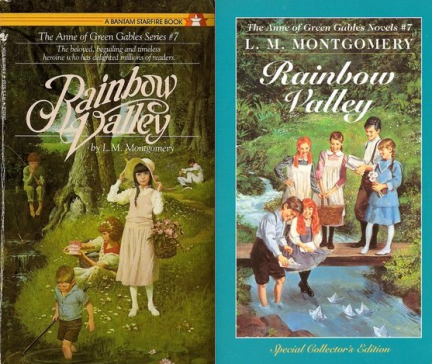 He Lived in a World of Distractions

Preacher Meredith loves his children dearly. But just can’t manage to pay much attention to them. He lived in a world of distractions. Though seeming to realize that things aren’t really going well, he can never seem to do anything to improve the situation. Or, he forgets about everything else as he gets hyper-focused reading a book, writing a sermon, or contemplating world history.

Meanwhile, the children do without adequate clothing, food, and supervision. This results in numerous incidents that could have gotten him fired from his job—and almost did multiple times.

Ultimately, the solution is for him to remarry someone who can take on all the things he is unable to do.  He refuses to consider taking on more help, even when another child stays with them for some time and takes on some of the things the aunt won’t do. He doesn’t want to hurt the aunt’s feelings.

What I find so interesting in this story is how many ADD traits Meredith displays.  Surely this character was based on a true-life person.   The moony-ness, the hyper-focus, the inability to make needed changes, the difficulty of getting and keeping a job, all of these are characteristics my husband has as well as other people with ADD.

Meredith rarely seems to work himself up into strong emotion. Perhaps these are expelled in the pulpit.  He almost by accident falls in with the woman he later marries. Even then, after she had rebuked him, his youngest daughter had to go ask her to reconsider.

Why Deprive People with ADHD of Answers?

Today, we read recent articles that insist that ADD/ADHD are recently invented syndromes made to sell drugs. I find it so frustrating that people who are so short-sighted (among other less favorable things I could call them) work so hard to make it difficult for people whose lives are tragically affected by ADD to get the medicine and care they need.

ADD/ADHD has probably been around in some form ever since humans developed a frontal lobe. I find it reassuring to see this confirmed in older writings and history.

Perhaps if Pastor Meredith had the option of treatment, his household, job situation, and life, in general, would have been better for the whole family.  He didn’t have that option back in the early 1900s, but we have it now. We should make it easier for people with ADD, not harder. 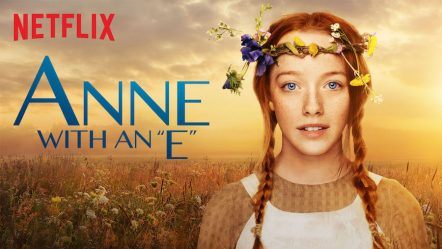 Anne just went off into dreamland and let the pie burn, so I started searching for characters w ADHD.

I can’t say any more, but I imagine her to be a twice-exceptional child, gifted with ADHD. I’ve known several of these children, but I don’t know much about Anne.

Does anybody have any other thoughts about Anne of Green Gables having ADHD?

A Published Paper: Anne of Green Gables and ADHD

Turns out. we weren’t the only ones wondering about Anne of Green Gables depicting common signs of ADHD.

Thanks to reader Regine for sharing this link:  Lucy Maude Montgomery and Anne of Green Gables: An Early Description of Attention-Deficit/Hyperactivity Disorder.

Looking at literary characters for developmental disorders can give a glance into the past and offer evidence that disorders were present well before their modern diagnoses.

The character of Anne Shirley is an excellent example of this. She not only provides insight into the timeline of ADHD but also into the thought process of a person with ADHD.

Have you recognized ADHD in a book or movie character, or perhaps in song lyrics?

Leaving a comment is easy; no codes to enter.

The first version of this post appeared May 1, 2015, and is updated now.

34 thoughts on “Anne of Green Gables Has ADHD?”