She had sought help from a string of mental-health professionals—for decades—with her ADHD misdiagnosed as depression and anxiety. Again and Again.  For decades. Life only got harder and harder.

I’ve met many women and men with this experience. If you love someone diagnosed and treated for “depression” or “anxiety” who does not seem to get better with treatment, you owe it to that person: Suggest the possibility of ADHD.

Through a mutual friend, I recently met a woman whose ADHD went misdiagnosed and medically mistreated until age 39. With predictable negative side effects. Fortunately,  her friend is one of my book’s biggest fans—and most energetic ADHD evangelists. She shined a light on a brighter path.

Is it “crazy” that most of the people I meet with late-diagnosis ADHD had been misdiagnosed with depression and anxiety for their entire lives? Yes, I think it is. It’s a public health crisis.

In some ways, though, they are the lucky ones because they finally did discover ADHD. I shudder to think of the millions still misdiagnosed. That goes double for those treated with inappropriate medications that risk making ADHD worse and causing weight gain, among other intolerable side effects.

In the past, I’ve shared poignant first-person essays from individuals diagnosed later in life:

My ADHD Partner Survey asked respondents, “What do you wish you’d known earlier about ADHD?”

Establishing a correct diagnosis in women, in particular, requires gender-specific knowledge. That’s the conclusion of this 2016 review, A Review of Attention-Deficit/Hyperactivity Disorder in Women and Girls: Uncovering This Hidden Diagnosis:

Accurate ADHD diagnosis in women and girls requires establishing a symptom history and an understanding of its gender-specific presentation. Coexisting anxiety and depression are prominent in female patients with ADHD; satisfactory academic achievement should not rule out an ADHD diagnosis.

Before even checking the authors, I suspected that one of my favorite ADHD experts, Patricia Quinn, MD, was part of the research team.

Yes! Dr. Quinn authored the paper with Madisha Madoo, MD.  Check out an excerpt from her book (with frequent writing partner and another favorite expert of mine, Kathleen Nadeau, PhD) Understanding Girls with ADHD at this blog post: A Must-Read About Girls with ADHD)

I’ve done this work for 20 years for one reason: The toll created by our culture’s collective “ADHD Denialism” can take tragic proportions.

My friend’s friend agreed to provide a short report of her life until ADHD was finally diagnosed and treated. Thank you, Khanji. I am so happy for you. 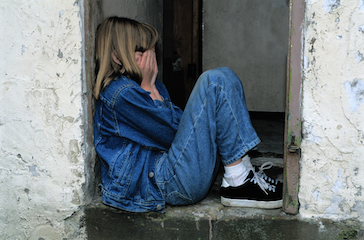 My aunt warned my mother against seeking an official diagnosis of ADHD for me, in 1985. I was 5 years old.  She claims, as the Dean of Special Education at a prestigious university, that the ADHD diagnosis was an “educational death sentence.”

A child with ADHD, she went on, would carry that label from classroom to classroom, year by year, and be stuck in the corner with the rest of the “dumb, bad kids.”  She and my mother feared for my lost potential.

I was evaluated for—and informally diagnosed with—what was then-called ADD at upon entering kindergarten.   Instead of receiving medical treatment, however, I was taught subtle forms of cognitive-behavioral therapy—in ways I didn’t recognize until years later.  In particular, they helped me learn how to be organized and focused, and to expend my energy in healthy ways.

I was placed in Gifted and Talented classes as a child and Advanced  Placement in High School.  The work was not difficult.  Still, I often skated by with Cs and Ds from forgotten assignments or lost interest.

For most of my life since then, I’ve felt like I was wearing a mask—just waiting for it to be ripped away and the world to see me as a fraud.  My initial diagnosis of depression came at 12, following my first suicide attempt.  It was predicated by severe bullying. Talk therapy helped, along with support from my parents. But it didn’t solve the deeper problems.

In college, I experienced resurgences of depression and isolation. Another diagnosis arrived: Generalized Anxiety Disorder.  While it felt good to be able to name the constant background static that was allegedly anxiety, it again wasn’t a solution.  My physician prescribed Prozac, which I took for some time before discontinuing it due to an intolerable side effect.

Three years ago, several sizable life changes hit my husband and me at once. As a result, our marriage became very difficult.  He has the hyperactive type of ADHD—and forgoes treatment.  Our symptoms present in vastly different ways. Coupled with those “Whammies” from life, it put us on very rocky ground. 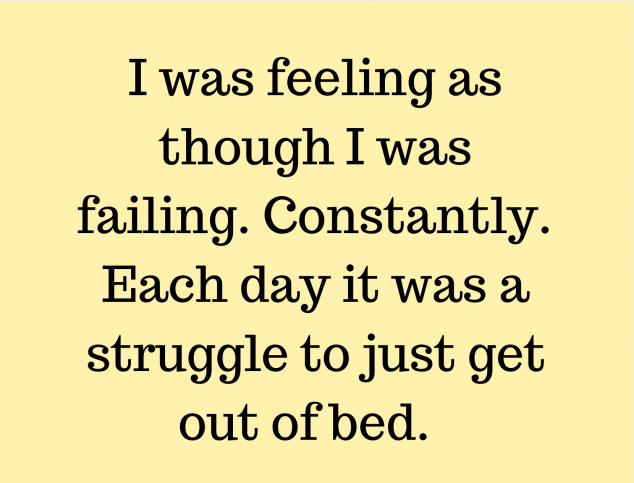 We sought marriage counseling.  Our therapist was amazing, helping to resolve many lingering issues from our 12 years of marriage and process our way through current challenges.  She encouraged me to speak to my doctor about my depression.  I began taking Celexa a few months ago.

I  felt as though I was failing. Constantly.  Each day it was a struggle to just get out of bed.

At work, I could perform my duties and meet my deadlines—but barely.  I would open a browser or word processor and stare blankly at the screen, forgetting my task. I would zone out in meetings and in conversations.  Then I would return home at the end of the day, completely mentally and physically exhausted.

Housework became an insurmountable challenge. A vague feeling of dread consumed my days. 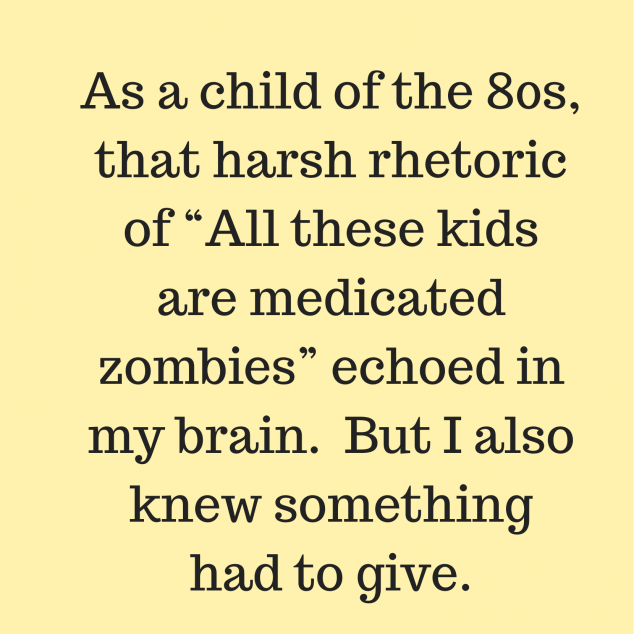 Recently, tremendous support came from a dear friend. She has ADHD herself and advocates for education and treatment. I contacted my doctor last week and began treatment.  I was initially very hesitant. As a child of the 80s, I kept hearing echo in my brain the harsh rhetoric of “All these kids are medicated zombies”.  But I also knew something had to give.

I came to my doctor ready to advocate for myself, having heard that many doctors are years behind the times when it comes to ADHD.  I found my doctor the exception and we talked at length about opportunities for medication.  My doctor prescribed Vyvanse, a stimulant medication.

I have been taking the Vyvanse for one week.  It has been the best week of my entire life.

I didn’t realize how much of my life was missing until now.  I laughed more on the first day than I had in months.  And it was natural; I wasn’t “high.”  I still feel like me, but a Better Me. 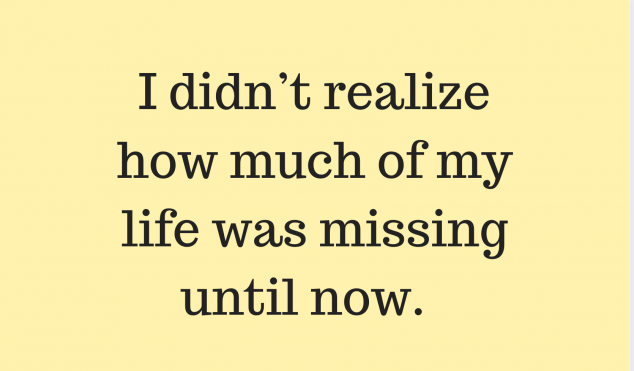 I feel as though the medication has unlocked doors in my mind to qualities I always possessed but were until now inaccessible. I have energy, motivation, a sense of humor, and a desire to show affection again.  Hopefulness and an eagerness to experience the potential of each day has replaced feelings of dread.

If I could offer one piece of advice to someone considering diagnosis or treatment for ADHD, it would be this: Don’t wait.  Moreover, if you, like me, have received diagnoses of other issues such as depression and anxiety, learn more about ADHD to see if it is a possibility. Then talk with your doctor or therapist to see if ADHD could be contributing to your symptoms.

—Thank you to Khanji for sharing your story.

here is my advice: Learn about ADHD and know that ADHD is often misdiagnosed as depression and anxiety.

20 thoughts on “ADHD Misdiagnosed as Depression Until 39: “Best Week of My Life””