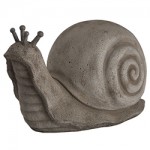 Before my friend Jack was diagnosed with ADHD, he used to call himself “Sluggo the Wonder Boy.”  Highly educated, hard-working, and his heart set on big achievements, Jack still had problems around being, well, sluggish.

For example, when he sat in a chair, within five minutes he invariably slumped and slid  until his head was on the back of the chair and his legs were stretched out, eyes half-closed unless something thoroughly grabbed his attention. It was a miracle of physics that he didn’t slide right onto the floor. If you didn’t know any better, you’d think he was chronically sleep deprived, but he slept well and regularly.

Only after ADHD was diagnosed and he began taking stimulant medication did he start sitting in a more erect and alert manner.  Moreover, his pupils became fully visible. Finally, I could see that his eyes were a lovely shade of brown. Who knew?

Does Jack have a different type of ADHD?  A sluggish type? I can’t say. But I can offer you this guest column from Robert F. Eme, Ph.D., on the possibility of a new type of ADHD that focuses on something called Sluggish Cognitive Tempo.

Dr. Eme is a clinical psychologist and professor of clinical psychology at Argosy University, Shaumburg campus. For the past ten years, he has taught future clinical psychologists about ADHD. (Note: When I was researching my book and seeking to identify psychology programs that included courses on Adult ADHD, I found one: his. For all I know, it still might be the only one. So, kudos Dr. Eme!)  He is also the co-author, with Patrick Hurley, of  ADHD and the Criminal Justice System: Spinning Out of Control.  Look for a future post here on his work in this area.

Something quite remarkable has occurred in one the proposed revisions to the diagnosis of ADHD for the Diagnostic and Statistical Manual-5 (DSM-5) — the creation of a new diagnosis for a new disorder: Attention-Deficit Disorder (ADD).

This disorder is characterized by an impairment in attention without hyperactivity or impulsivity. Most importantly however, this disorder is thought to be different from what is currently  known as the Primarily Inattentive Type of ADHD (ADHD-PI) in that the attentional impairment is different. In this essay, I will briefly summarize and update my review of this potential new disorder, which appeared in the 2007, Vol 1, issue 1 of the School Psychologist.

In 1993 Thomas Brown (see below for a case history from him) reported on a group of individuals who were not hyperactive but hypoactive and who demonstrated deficits in attention that were different from those typically found in ADHD. These individuals could be very bright and, in contrast to the whirling dervish “Dennis the Menace” stereotype of ADHD, better resembled the “space cadet” stereotype. It appeared that their deficits were related to the attentional dimensions of arousal and alertness with symptoms such as

Moreover, in the field trials of symptom utility for DSM-IV, reported in 1994, two symptoms were identified that were more diagnostic of attention problems than all but one of the symptoms included in the official DSM list (i.e., “drowsy” and “daydreams”). Nevertheless, these symptoms never made it onto the list.

The three core symptoms of SCT are:

Most importantly, the inattentive symptom of daydreaming (e.g., mind wanderer, spacey, zoned out, lost in thought, etc.) appears to be qualitatively different from the attentional impairment in ADHD-PI. In SCT, the distractibility is internal as the mind drifts from thought to thought rather than focusing on the task. In ADHD-PI, the distractibility is external in that there is a failure to inhibit or block out irrelevant external stimuli. The following vignette from my 2007 article illustrates this qualitative difference:

Mary (a young adult) described herself as being “more spacey than others.” She said that she has trouble paying attention when people talk to her in class. “I just feel like you are talking to me, but I don’t process the information. I look attentive and I feel attentive, but my mind is just kind of blank.”

Mary explained that she also has problems during conversations with friends: “A lot of times I’m wondering what was just said. I don’t know if it’s like forgetfulness or it’s just not paying attention, but like things just don’t seem to settle in very well.”

Margaret (a young adult) reported, “Sometimes no matter how hard I try to focus in class I can only focus for a few minutes at a time. By the time I realize I am not paying attention, I have no idea what is being discussed. When I talk to people, I zone out within 5 minutes and forget what they were saying. It’s like mid-sentence I blank out and am not able to continue my thoughts.”

In conclusion, only time will tell if indeed the DSM-5 (scheduled for release in 2013) contains this revision. Whether or not it does, however, there is no doubt that there are number of individuals who present with SCT type symptoms that are as impairing in academic settings as are classic cases of ADHD.

The following is a case history vignette from Thomas E. Brown, Ph.D. in The BrownLetter on ADD, a free quarterly newsletter of information and opinion about ADD/ADHD, in February, 2006. (You can read the entire newsletter here.)

Blaming the Victim: Misguided Diagnosis for an Adult with ADHD

A 23-year-old woman recently came to me for a consultation after spending many hours and substantial income getting a neuropsychological evaluation for suspected ADHD at a major medical center in another state.

She is very bright and had no history of behavior problems or substance abuse, but she had struggled intensely with attentional and working memory problems that resulted in severe academic underachievement from 9th grade onward. She obtained a GED after she failed to meet high school graduation requirements. She then struggled for 5 years to complete a two-year degree in a community college. Meanwhile, she performed well in her job and excelled as an athlete and musician, though she often suffered from excessive perfectionism and depressed mood.

The evaluating clinician reported that although this woman reported many symptoms of ADHD during adolescence and adulthood, he could not make the diagnosis because she did not fully meet DSM-IV criteria. He refused to diagnose ADHD because the patient’s mother, when asked about ADHD symptoms during the patient’s childhood, did not recall noticing the requisite number of symptoms. Instead, he diagnosed the patient as suffering from “Self-Defeating Personality Disorder.”

This is an example of a clinician rigidly applying DSM-IV criteria for diagnosis of ADHD in a way that prevented desperately needed treatment. Adding insult to injury, by giving the patient a diagnosis of “Self-defeating Personality Disorder,” the clinician clearly implied that the she was the source and cause of her problems. In short, he was blaming the victim for her persistent suffering. I consider this not only a clinical error, but an unfortunate prejudice about ADD that is altogether too common, even among some skilled professionals.

Why Some Bright Students Fail At Yale University

Dr. Donald Quinlan and I recently completed analysis of data from 74 students aged 7 to 18 years with IQ scores above 120, in the top 9% of the population, who had been referred for chronic underachievement. Most had no behavioral problems and were not hyperactive, but did have attentional disorders. Despite excellent long-term memory and strong verbal and perceptual abilities, these very bright students showed significant weakness on standardized tests of working memory and ability to focus attention. They were unable to recall accurately what they had heard or read just a few minutes earlier. Many also showed slowed processing speed that impaired output for writing tasks.

These high IQ students reported significant difficulties in organizing and getting started on their work. They often found it necessary to re-read passages multiple times in order to comprehend the assignment. Many did well on quizzes and tests, but received low or failing grades due to inattention and persistent failure to complete homework. Parents and teachers were frustrated because these students appeared unmotivated to do assigned work. Yet everyone in the study had a favorite activity, such as computer games, tennis, drawing or playing guitar for which they regularly focused very well. Students claimed that they could focus easily on those tasks that especially interested them, though they were chronically unable to mobilize adequate attention or effort for their academic work.