It is impossible to spend even a few minutes with Kay Bone and not be struck by the kindness in her eyes, the intelligence of her words, and the gentleness of her humble manner.

To then learn of the tragedy suffered by Kay and her family—the loss of Sean Bone, who had ADHD and at age 21, impulsively took his life—one is all the more struck by her enduring sweetness, compassion, and generous determination to prevent other families from suffering such a fate.

Please consider making a secure donation to the ADDISS fund in his honor, at right. No amount is too small, and you’ll have an opportunity to leave a note (anonymous, if you like) in support of ADHD awareness in UK and around the world.

I met Kay in March of 2009 in London, where we were both speaking at the ADDISS Conference on ADHD. With a dozen others, we had a lovely dinner. Kay gave no hint of the moving keynote she would give the next morning, a talk based on her son Sean’s tragic death just a few months earlier.  Sean had ADHD. He also had a loving family, plenty of friends, and an array of good qualities. But in one impulsive moment, his emotional pain in the aftermath of a relationship breakup met opportunity, and he took his life.

Untreated or under-treated ADHD is, in fact, a risk factor in suicide.  And yet, can we say these people truly wanted to end their lives, that they fully understood the consequences of their actions? Or was it ADHD-related impulsivity and a chronic inability not to see past “right now” that led to their death?  Each case is different, no doubt, but in Sean’s case, well, Kay tells the story best.

Kay graciously agreed to my sharing her family’s story with you.

If you would like to honor Sean’s memory, and in the process help ADDISS help individuals and families affected by ADHD, please donate to the campaign Kay Bone has started on justgiving.com

A CELEBRATION OF SEAN’S LIFE 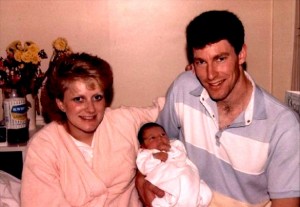 Life is like a box of chocolates.  You never know what you are going to get. It is picked and chosen for you.  I was given Sean with the soft centre.  I could only have him for a while.

Sean came in a specially wrapped box as he had ADHD (Attention-Deficit Hyperactivity Disorder).  Sean was diagnosed at 9 years old, and it was a very new diagnosed condition and not many people knew about.  Sean’s headmaster at the time was going to be my first target for “education.”

Sean was often labeled and blamed for things he didn’t do, as he had a motor that couldn’t stop running, like a car with no brakes that kept on traveling.  The hyperactivity led to not being able to sit still in school, being the target of bullying and having no friends.  As parents, it was heartbreaking, but my mission was to help people understand it and my husband Paul’s was to protect.

We carried Sean for many years through the systems and his headmaster said to me, as I bombarded him with research, “Mrs. Bone, I think I know all I need to know about ADHD.”   It didn’t stop me.  Kids like Sean obviously do things wrong, the same as other children, but their challenge is a chemical imbalance in the brain.  One side of the brain has too much, so they are on the go constantly; the other side of the brain is lacking, so they cannot rest.  They cannot always put the brakes on their behaviour. Naughtiness isn’t their first intention, but that is how they are often labeled.

Over the years, Sean came a long way and grew into a handsome, lovely natured, very funny young man.  I know he was a very good salesman for MINI Cooper because he could have sold his own mother!

He was enjoying Olney [a small town in Buckinghamshire] living in his flat, which to his credit was always immaculate.  He had a lovely social life and many friends.  Sean would just be Sean as soon as you met him.  No airs.  No graces, Just Sean.  His humour, I believe, has touched so many here.  He dared to say things and do things that other people probably thought that they may like to do but did not!  That made him Sean.

Yet, there were also times he was not able to put the brakes on this behaviour and he would be unaware of the consequences, which could be serious. In fact, this led to our day today, the celebration of Sean’s life.  His death is not being classified as a suicide because he was unaware of the consequences – not in that flash of the moment, anyway.  For once, somebody understood, without me telling them.

We chose his name because Sean means “God’s gracious gift.”  There were many times, as he grew up, that we laughed over the many alternative choices of names, as he was a high maintenance child!  Now I understand why we called him Sean: Sean loved nearly everybody, and wanted to be loved by everybody.

Sean passed away being a popular, funny, smart, handsome young man (I would think so as I am his Mum).  He was a much loved and loyal son and brother.  His relationship with all of us was “10 on a scale of 1 to 10.”  He adored his sister Clare, and, Clare, that will never change.  I believe he will show his love to you through friends; he will never fully leave you.  It was not meant to be.

I proudly stand here today as Sean’s mother.  God trusted me with a special child and we carried him as far as we could.  If God had told me, I would only have 21 years with him, it was all very much worth it.

To see the many friends, family, support, cards, meals and outpouring of care has been invaluable. I thank everyone so much. Our little village, a very special place, is in mourning. The attendance here today has confirmed so much to me.

Smile And Be Happy When You Remember Sean

Our Sean was the chocolate with the extremely soft centre. And if I could go back in time handpick a chocolate from that box, I would have chosen the special one with the extremely soft centre.  Sean went from the boy who was bullied with no friends to being the young man many people knew and loved. Those people mean so much to us.  To the few who didn’t love Sean, it is not your fault.  Today, it is Sean who brings to us all an understanding of the mind battles that people ADHD often have and a plea to always look deeper.  People are not always quite what they seem from superficial appearances.

At this point today, I as his mother let him return to God, where Jesus can hold him in his loving arms.  He can make him whole again.

Smile and be happy when you remember Sean, as that is what he wanted.  He told us that.

He Could Not See Beyond One Difficult Moment

Below is a recounting of the circumstances around Sean’s death, from Kay:

The impulsiveness of Sean’s ADHD led him to take his own life by walking in front of the train.  We talk about people with ADHD having two kinds of time: Now and Not Now. Sean was simply unable to see past a difficult moment in his life and know that he could deal with it.

Just prior, he had been taken off his stimulant medication, Concerta, which he had been on since he was nine, due to overdosing on it and other medication at a previous attempt to take his life. 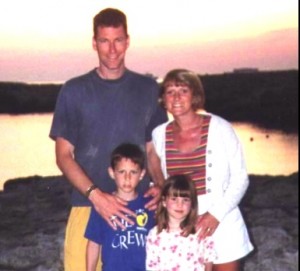 Whenever I went to discuss any problems with the GP, and ask for help, the confidentiality card would be thrown at me, as he was over 18.  I was only his mother.  At Sean’s inquest, however, the GP said that Sean suffered from a long history of depression — that was the first I had heard of it — and yet no antidepressants had been prescribed or follow visits scheduled, even though it was his third and final suicide attempt in 18 months.

Sean was “Lost in the System”

Sean was lost in the system, and the nurturing and help that I was able to access for him as Sean was growing up was now non-existing. I was shut out. (We now have a fantastic GP who was originally Sean’s child psychiatrist that oversaw his treatment initially, and how I wish we had changed when we first moved, four years ago.  It is our local village practice – might not have saved him, but I know he would have had good care and compassion shown to him and ongoing treatment and care).

On top of this, Sean was then 21 and although he had very good, close relationships with all of his family, he would not want my advice because he wanted to be a man and make his own decisions, choices and mistakes — and quite rightly so.  Sadly, though, his decisions were not always good ones due to his impulsiveness and no longer having the Concerta to help with this. It is difficult to make good judgments, including reading another person’s character, when you cannot focus on the clues both small and large.

The girl he met prior to his death was, she told him, suffering from severe depression, self-harming, and suicidal thoughts.  Sean was up all the night before he died, trying to help her and texting his Dad asking how to help her as he was desperate for her.  The girl had led Sean to believe that she was pregnant with his child, very soon after he met her.  Sean was very excited, as this is what he had always wanted, to be in a relationship and have a family.  This isn’t what he told me; this is what, as a Mum, I knew.

Sometimes, ADHD means focusing on a goal to the exclusion of all else, missing the red flags along the way. I believe Sean had finally realized that the child wasn’t his just before he died. She used him emotionally and financially until he could not even pay his rent. He even sold his bearded lizard, which he loved, as she didn’t like it.

We were led to believe it was Sean’s child and our grandchild long after he died. She had continually lied and used us all, a true “double whammy”.  It had a profound effect on our daughter Clare. Not only had she lost a brother, but also the last part of him, so she thought: her niece.  Clare learned the truth from the girlfriend’s boyfriend, the father of both of her children. Apparently, she wanted a nice family for her daughter and baby on the way, and thought that she would use Sean’s family for this purpose.

Now I Try to Educate on ADHD

Since Sean’s death, I try to educate people on ADHD, schools, GP’s, and allied medical professions to hopefully change the system in his memory, for a very special son who will always be loved and treasured for who he was by all his family, now one of God’s angels.

6 thoughts on “ADHD And Suicide Risk: A Memorial to Sean Bone”