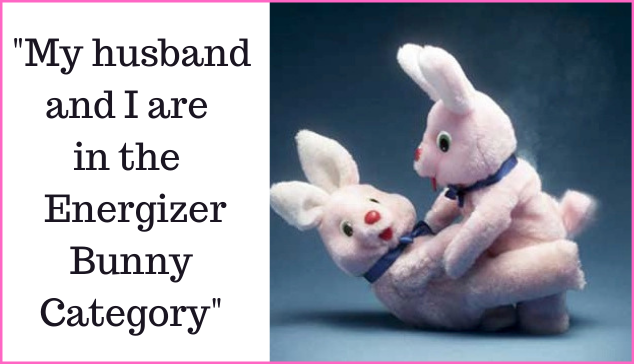 Now we arrive at Chapter 6: “Peaks and Valleys: ADHD in the Bedroom.”  That is, ADHD and sex.

Sex, however, is not an area that has been a…. problem for us (thank you, Jesus!), in the ways chapter 6 is describing.

Gosh, I’m blushing right now. Is it hot in here?

I’m sorry—I spent the first seven years of our married life impulsively blurting out private things that Dr. Math (my husband) didn’t want repeated in public. So, please be patient if I stutter and stammer over this topic. We’ve been married nearly eleven years, and I think we can say we’re still…um…quite happy with the way things are going in our love life.

Not everyone feels the same way. And that’s an important point: Nothing about ADHD affects the people who have it in the same way. As Gina emphasizes repeatedly:

ADHD is a variable syndrome, and the people who have it are individuals.

Nonetheless, inattention, hyperactivity, and distraction still have a habit of sneaking into the bedroom for many people. 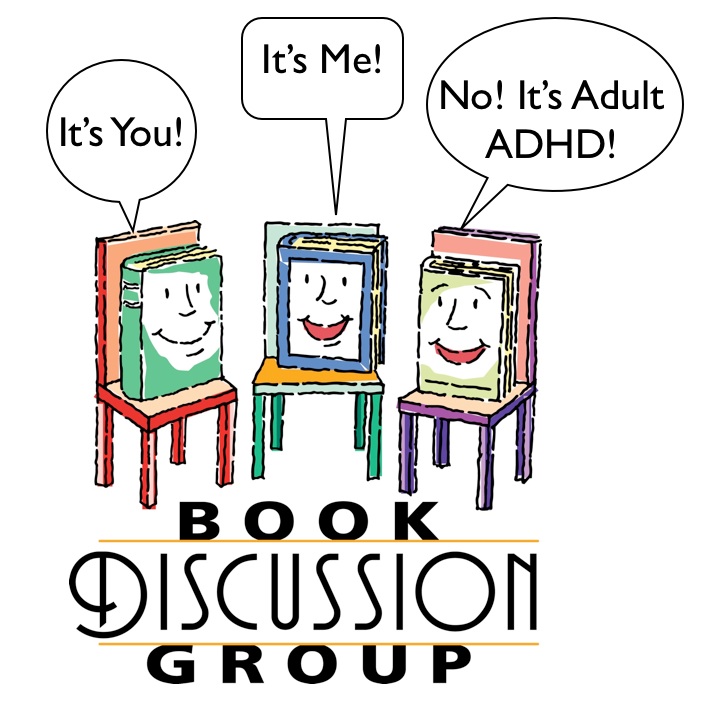 Welcome back to the “You, Me, and ADHD” Book Club.

Have you been reading along?

Here, Taylor writes about sex and her dual-ADHD marriage, based on Chapter 6: “Peaks and Valleys: ADHD in the Bedroom”

There’s a common myth (you know you’ve heard it!): Sex is fueled by “animal” instincts, and a man needs no stimulation to actively engage in it.

Yet, our more basic brain functions that control arousal—like fear, pleasure, aggression, and sense of smell—are managed by our Executive Functions. If ADHD is a factor in your life, then those Executive Functions may work erratically in any setting, including the bedroom. Gina offers various examples of how this might play out:

Chapter 6 lists some hilarious nicknames for these dysfunctions:

It’s gallows humor, though. One in three respondents in the ADHD Partner survey report that they have sex between “once yearly” and “never.”  Many partners of adults with ADHD complain about their sexless marriage. If sex is going to happen, it’s up to them. And sometimes there is rejection.

Gosh, that makes me sick on my stomach. (And don’t forget, class, that ADHD isn’t real, is a big-pharma conspiracy, and would be fixed if you had better self-control!)

ADHD and Sex: So Much Harmful Advice…

I know one friend who said she simply could not pick the right type of lingerie that “turned her husband on.” He thought his lack of sexual response was all her fault, and she spent a small fortune trying to find just the right skimpy outfit please him. Meanwhile, her self-esteem plummeted as she felt she was basically unattractive; her husband later turned to pornography.

Even though Dr. Math and I are both in the “Energizer Bunny” category, I’ve been pregnant seven times in nine years. (Yes, you read that correctly.) On birth control. Five different kinds of birth control. But hey, if birth control is effective 99 times out of a hundred, just calculate how many times you’d have to make love on perfectly functioning birth control to get pregnant once. Multiply that by seven. Subtract that from the number of days in nine years. Welcome to my favorite side-benefit of ADHD in marriage.

The really sad thing is, I’ve heard all of these extreme sexual behaviors normalized at one point or another, in various church marriage classes, with the teacher claiming they were gender-specific!

…With Such Harmful Potential Consequences

Can you imagine the shame that these (ignorant, uninformed) teachings would bring to an ADHD marriage?

Many religiously oriented people turn to a pastor or other spiritual advisor, for marital or sexual problems. If ADHD isn’t recognized by the spiritual community, then the “cure” can often be worse than the disease.

Sometimes the situation is not much better in the mental health profession.

For this chapter’s reading:

18 thoughts on “Chapter 6: ADHD and Sex — Peaks and Valleys In the Bedroom”