The New York Times has made Sunday a day of unrest for people with ADHD — and the people who love them.

It is always the Sunday edition. Why? It has the highest circulation. And it always features non-ADHD experts offering their “contrarian” opinions on ADHD.

My friend Dotty. fired back with a powerful Letter to the Editor. The paper did not publish it, but I did, in  Talking Back to The New York Times’ ADHD Myth-Mongering

But first some background.

The Fix Is In—And It’s Not Natural

Each New York Times ADHD hit-piece artfully includes a few “shiny” and “intuitive” lures amidst the dreck. These Trojan horses serve to first beguile and then misinform the non-ADHD savvy public.

On Twitter, therapists and newspaper columnists who should know better were re-Tweeting the “Natural Fix”. By publicly betraying their own ignorance of the topic, though, at least they provided truth-in-advertising for potential clients.

On Twitter, my therapist-friend Michael and I established the hashtag #ADHDClickBait to call out such sensationalist pieces. 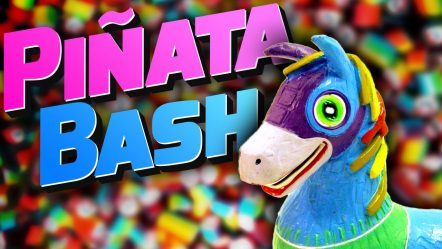 As I wrote in The New York Observer, in a rebuttal to a disastrous Esquire piece on ADHD a while back:

Esquire joins The New York Times in treating one of the most well-researched and documented conditions in medical history as a piñata. Bash ADHD and all the goodies fall out. Web traffic soars. The immense anti-psychiatry blogosphere races to showcase the latest proof that they’ve been right all along. Esquire actually calls this piece a “blockbuster investigation” — just in case the ASME judges missed it.

To preserve my rest on Sunday, my husband knows not to call my attention to our print-delivery version. [Update: We finally canceled. The Washington Post is a fine paper, and when it has reported on ADHD, the stories have been professionally researched and written.]

I also don’t check e-mail on Sunday. That’s because it’s loaded with “Gina, did you see the latest **** from NYT?” subject messages. The senders all ask me to “do something!”

But then Monday arrives.

I could have a full-time job rebutting and debunking all of these diatribes. I do my best, because it’s important. These actions have consequences. But it takes time I don’t have—and unlike the people doing the bashing, I am self-funded.

As for legitimate researchers and experts, they wring their hands over these fallacious reports. They write to the paper, but the Times never publishes their rebuttals.  And, it certainly never solicits their opinion pieces. (In a minute, I let you in on a little industry secret about that.)

The latest hit appears yet again in the opinion-editorial section (Sunday Review). Yet again, it is written by an ADHD non-expert with an ax to grind. Or clinical practice to promote. Or market share to capture. His name is Richard F. Friedman, MD.

Friedman claims to be a mood disorders expert. But he appears to have published extremely little research in that area.  Mostly, he has published articles, not research.

As for the scant research, it tends to be extremely far afield. Moreover, he typically is neither primary nor secondary investigator (e.g. Animal ototoxicity of topical antibiotics and the relevance to clinical treatment of human subjects.  Otolaryngology–head and neck surgery : official journal of American Academy of Otolaryngology-Head and Neck Surgery. S57-S78).

From a life science perspective, none of this is impressive.   Yet, somehow, we should take his word that he understands ADHD, simply because he writes on behavioral health for The New York Times?  And has two letters after his name? Please.

One important question: Is he paid by the paper, or does he write these columns as part of a public-relations placement? We don’t know. But my previous career in print journalism leads me to suspect the latter.

These shadowy associations take place with ADHD-themed websites, too. At one, which you all have seen, one particularly aggressive pharmaceutical company essentially has put those columnists on its payroll. Not in cash — not typically, anyway — but in elevating their profile and hiring public relations firms to promote them. In exchange, those columnist follow that pharma’s agenda. 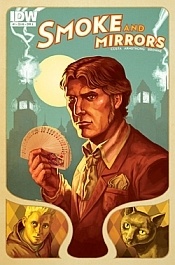 Dear reader, guess who is responsible for many newspaper opinion pieces these days? Would you assume that staff carefully chooses contributors based on subject-matter expertise and integrity? That’s what should be done.  But no, opinion pieces come primarily from PR firms. Moreover, they are hired by the writers (or the institutions they represent) to promote themselves.

Yes, the newspapers (and even shows like Oprah and Dr. Oz) should be soliciting contributions from respected professionals. They should also aim for a range of perspectives on a topic over time. But relying on PR firms is so much easier—and free.

Another problem: Legitimate experts won’t sensationalize extremely complex topics. Therefore, they can’t supply the papers with hits-producing #ADHDClickBait.  That’s why The New York Times ignores the many requests from legitimate and preeminent ADHD researchers to pen an opinion piece. I’ve explained this to many such ADHD experts, and the very idea of making their opinion piece a little contrarian or spicy doesn’t sit well. It feels non-serious.

To summarize Friedman’s column, he stealthily draws on that old saw: the simplistic idea that hunter-gatherers and people with ADHD are “hardwired for novelty-seeking.”

In truth, humans generally are curious creatures. It is our interest in something that propels the release of dopamine. That’s how we can pay attention and follow through on that interest.

The genetics around ADHD are complex: As far as we know, there is no gene associated with ADHD that isn’t distributed throughout the human genome. Rather, it is the number of certain genes and their combination that is associated with the wide variability in the syndrome called ADHD. This is why I sometimes call ADHD Extreme Human Syndrome. ADHD traits are, essentially, human traits writ large.

Unfortunately, even many sophisticated friends with ADHD fell for Friedman’s posturing. It’s understandable. He had substantiated his sensationalist opinion by citing the work of a leading neuroscientist, Nora Volkow.

In particular, it was Volkow’s study examining lower than normal dopamine D2/D3 receptor availability in the hypothalamic region of ADHD study participants.   I’ve read Volkow’s papers. I’ve spoken with her at various conferences. I interviewed her for this magazine article:  Changing Minds About The Brain.  I am a great admirer of hers.

Here’s the thing: A columnist might refer to groundbreaking research to bolster his point. That doesn’t mean, however, that  he 1) understands the research or 2) is accurately depicting the research or its relevance to his point. 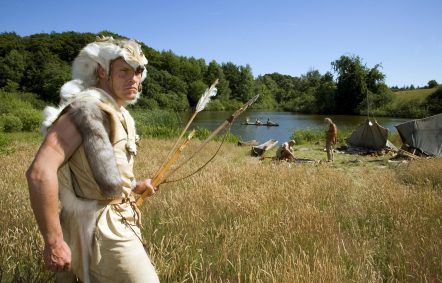 From there, Friedman goes on to perpetuate that most misguided and even dangerous trope of all. That is, ADHD is caused by boredom and you “treat” it with stimulation. He reports advising a client to do that, and it worked. (Note to Times editors: Now I see that the misguided opinion piece has become a promotion for a clinical practice? No conflict of interest there!).

Another patient of mine, a 28-year-old man, was having a lot of trouble at his desk job in an advertising firm. Having to sit at a desk for long hours and focus his attention on one task was nearly impossible. He would multitask, listening to music and texting, while “working” to prevent activities from becoming routine.

Eventually he quit his job and threw himself into a start-up company, which has him on the road in constantly changing environments. He is much happier and — little surprise — has lost his symptoms of A.D.H.D.

I know a man who bought this line of thinking.  A few years later, he is broke and depressed. He not only failed, he failed colossally.  All because somebody told him to “channel” his ADHD.

Look, I know the pain of a boring job. I remember one in the 1980s, taken to supplement my new career in freelance writing. It was a good job, with good people. The work was not particularly onerous. But it was boring.

Each morning I sat on the edge of the bed, staring at the dreaded pantyhose. I struggled to summon the motivation to pull them on and drive 60 minutes to work.  Increasingly immobilized at that morning task, I quit. It wasn’t the pantyhose so much as what they represented: 8 hours of boring tedium plus a two-hour commute. 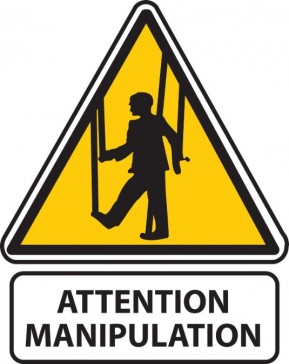 At any rate, does that mean you “cure” ADHD with stimulating work—or, by that token, a more stimulating relationship, car, motorcycle, etc.?  No. At least not in a way that leads to bigger troubles.

Thank goodness my scientist-husband scoffs at this hokum. He absolutely loves his work and studied hard for years to be able to do it. He literally springs out of bed each morning to get to it.

But before his ADHD was diagnosed and he pursued treatment, he teetered constantly on the edge of losing the ability to do the work he loved. Because, as he says, “Even the most exciting work has some boring parts, and you better be able to perform them with good judgment and without error.”

1 thought on “The New York Times’ Unnatural Opinions on ADHD”