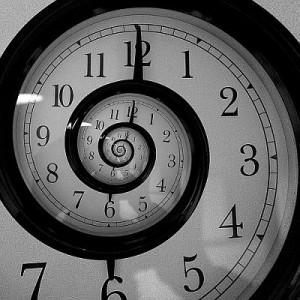 A new study offers good news about the cumulative benefits of ADHD medications taken over time:

Results showed that adult ADHD patients who received drug treatment for more than two years had fewer symptoms and less psychological distress compared to those treated for two years or less.

Just yesterday, a consulting client asked me, “How long will it take after starting medication for my ADHD to start seeing the benefit?” My answer was the same as given in my book:

In other words, this study seems to confirm that the “higher-order” functioning does not happen immediately after starting medication. (Even if, by some miracle, you happen upon the best type of medication for you in the early days of treatment.)

Rather, it happens more gradually over time. Of course, some symptoms can be alleviated immediately — suddenly, you “see” that sock lying on the floor or how to clear that garage of longstanding clutter. But the more complex Executive Functions? Those connections might take longer to develop.

Implications for the Famous MTA Study

Another reason this study is important: Many people who should know better, including psychologist Alan Sroufe writing in a New York Times op-ed, have spread far and wide their gross misinterpretations of a well-known study called the MTA.

The MTA is a long-term, rigorous, multi-site study examining the effects of medication and other strategies on school-age children with ADHD. (Sorry but I’m not providing the link to the Times story; it only encourages them.)

These people claim the MTA offered proof that medications stop working after two years. (They don’t! the truth is more complicated!). They either are willfully misinterpreting the study or, honestly, they just aren’t smart enough to understand it. A source I respect, the Child Mind Institute, wrote a clear essay on this topic.

When it comes to misinterpreting the MTA findings, it’s not just the academics with an ax to grind (e.g. they’re miffed that medication works better than their specialized “therapies”). It’s also the anti-ADHD wingnuttery. Moreover, it is also certain people seeking to exploit the “ADHD Market” by offering their dubious services. Please consider your ADHD information sources carefully.

The study was led by Michael B. Lensing, MA, of Oslo University Hospital in Norway. You can read more about”Long-Term Treatment For Adult ADHD and here.

17 thoughts on “New Study: Benefits of Rx Increase Over Time”