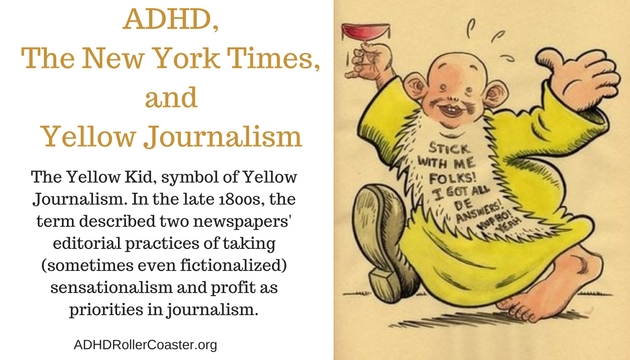 You will never find a balanced news article about Adult ADHD on The New York Times front page. Same for the Op-Ed section. This has never been the case with the Washington Post.  The educated reader must ask why.

Why it is timely now? Because the series of “hit pieces” on ADHD from The New York Times’ Alan Schwarz has now been compiled into a new book.

My goal is not to create more publicity for this person. Therefore, you’ll find no links here.

Rather, my goal is to validate readers’ concerns about what passes for reporting on ADHD, now foisted on the public in a compilation guaranteed to make the NPR talk-show rounds with unquestioning hosts.

One of my blog’s readers wrote to me, including a link to a New York Times Book Review of A.D.H.D. Nation: Children, Doctors, Big Pharma, and the Making of an American  Epidemic:

Hi Gina – would you please address this.  There is no ‘comments’ section for this article, and I am too exhausted and demoralized to address it, even if there were.

Showing a bush-league conflict of interest, the book-review editors had one New York Times reporter review a fellow New York Times‘ reporter’s book.  That reporter is Steve Silberman, who has pushed the “celebrating neurodiversity” angle of autism to what even many people with autism find a dangerous level (The dangers of ‘neurodiversity‘). He did not review the book; he accepted Schwarz’s angle as truth and lauded it.

It became a loathsome pattern: the sensationalized stories that The New York Times‘ Alan Schwarz dropped like a stink bomb on the Sundays of everyone affected by ADHD.

The “Yellow Journalism” of Mental Health and Neuroscience

Just a few decades ago, who could have imagined the resurgence of  Yellow Journalism on a public-health topic in The New York Times?

Today, it seems, the prize is the thing. After all, what other than aiming for a Pulitzer with Schwarz’s “hard-hitting series” on ADHD can explain the string of poorly reported stories? 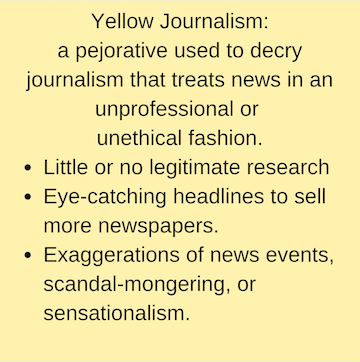 The latest hit piece landed with more distortions. Esteemed ADHD expert Thomas E. Brown, PhD, points them out in his public Letter to the Editor, which I share below.

If you missed the story (sorry, my policy is not to link to stigma-increasing clickbait), here is the upshot:

What legitimate reason could there be to post that outsized, out-of-context melodrama on the front page?

Let’s back up a bit.

Why did the Times‘ editors think it prudent to assign a sports reporter to the ADHD “beat”? Do they truly find sports-desk Schwarz’s laudable coverage on sports-related head injuries an education in neuroscience? The evidence fails to support that judgment.

Instead, in story after story, Schwarz’s ADHD reporting treads light on facts—and lighter on balanced comprehension. Instead, the paragraphs reek with blood-lust distortions and fringe-player “experts.”

Taken altogether, this suggests to me that a major motivation is the web-traffic—and personal vainglory. Either the Times can’t inhibit itself from chasing the bounty of “hits” generated by these anti-psychiatry stories or the staff self-medicates with provocation. Probably both.

To be clear: This is not a new pattern with the paper.

A few years ago, it sought to destroy the credibility and career of the most highly cited researcher in pediatric psychiatry (among other noted researchers).  Why? Because, from my perspective, he dared to suggest that bipolar disorder—a highly neurogenetic, brain-based condition—could manifest in children who might benefit from treatment.

I read, aghast at the grotesque disregard for the science and the journalistic cherry-picking of data around Biederman et al’s reported income from research grants—with no understanding of the Big Picture. I wrote privately to the reporters:  Please, be more responsible with your reporting; real lives depend on it.

One of the reporters responded that the very idea of children having bipolar was ridiculous—because they could not over-charge their credit cards and have promiscuous sex.

(True!  That’s the depth of his ignorance and arrogance. As if these psychiatric conditions don’t manifest according to the developmental age. That is, toddlers and young children don’t have credit cards. They can, however,  have extreme moods, often self-destructive ones, and even chronic sleeplessness due to bipolar disorder.)

At the time, there was an unholy alliance against psychiatric researchers among the grandstanding Nebraska Senator Chuck Grassley (R), his over-zealous staffer, and The New York Times. The paper failed to mention that Blue Cross/Blue Shield was one of Grassley’s top five campaign donors at the time.  We all know how much insurance companies love paying for the newer, better formulations of psychiatric medications.

Whatever it’s ulterior motivations,  the paper’s actions helped to launch and justify a reverberating witchhunt of a venerated researcher and his lab associates on trumped-up criticisms. 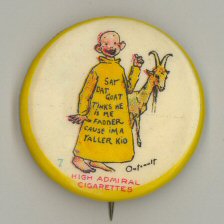 Yet, by now, an intelligent public must face it: If ADHD reporting is this egregiously bad, what else is the paper getting wrong? Oh wait, The New York Times was a cheerleader for WMD and the run-up to the Iraq War.

We canceled our long-time print subscription last year.  We subscribe to the Washington Post. I encourage you to do the same. It has a long history of accurate and compassionate coverage on ADHD and other mental health issues.

If you decide to cancel your NYT subscription, do so by letter and explain why you’re doing so. 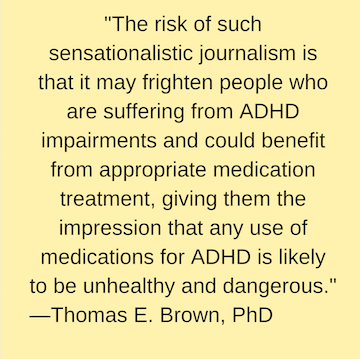 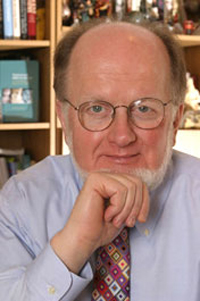 Another Sensationalized Report from The New York Times on ADHD Medication

Here is my open letter to the editor of The New York Times about their most recent article about ADHD medication:

Abuse of Attention Deficit Disorder Pills Graduates Into the Workplace.

Under this headline on page 1 of its Sunday issue for April 19, 2015, The New York Times published another of its series of sensationalized stories about the dangers of misuse of medications prescribed for ADHD.

It is certainly reasonable for Times reporter Alan Schwarz to call attention to the fact that some adults endanger their health by misusing medications prescribed for ADHD, trying to gain advantage on their jobs by jacking up their productivity with stimulants.

What is problematic about this article is that it does not include even one sentence to acknowledge that many adults and young people take these medications quite appropriately not to jack themselves up for unfair advantage, but to alleviate their chronic problems with sustaining focus and effort for important tasks of daily life.

In this article, as in his previous pieces on this topic, Schwarz dramatically warns about the dangers of ADHD medications as though there were no safe or appropriate uses of such medications. He does not seem to recognize that there are many adults and young people who are significantly impaired by chronic problems with their ability to organize and get started on their work, to prioritize their tasks, to focus their attention, to sustain their efforts, and to keep in mind what they have just read or heard.

He does not distinguish between appropriate use of medication treatment for those who legitimately suffer from these inherited impairments of ADHD and those without such problems who are misusing those medications in potentially dangerous ways.

The risk of such sensationalistic journalism is that it may frighten people who are suffering from ADHD impairments and could benefit from appropriate medication treatment, giving them the impression that any use of medications for ADHD is likely to be unhealthy and dangerous.

When a person has been carefully evaluated and found to have significant impairments from ADHD, and when dosing of prescribed medication for ADHD is adequately fine-tuned, complied with, and carefully monitored, those medications can provide safe and effective treatment for ADHD impairments. These medications are not equally helpful to all those with ADHD, but they provide significant improvement for about 80% of those who use them as prescribed. It would seem that Mr. Schwarz has noticed only those who misuse ADHD medications.