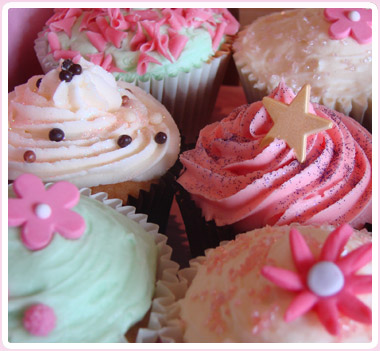 We’ve seen the headlines and read the stories regarding a recent study on using diet to treat.  But what is the real story behind the research? You’ll find out one researcher’s opinion below. But first, a brief examination of the situation.

Increasingly, even legitimate news outlets lift stories verbatim from the press release. They don’t bother to ask important questions of experts who are not associated with the study. Moreover, they don’t explain the limitations of the study and its relative importance. To have potentially significant import, a study must be replicated and published in a well-respected, peer-reviewed journal.

Also more common these days: University press offices release highly biased or at least superficial press releases about such research. Some also farm out dissemination of these releases to Internet-based PR firms. They then post the story on the plethora of sites that lack editorial direction or discretion. Combine these factors with the public’s confusion about the relative importance of one study (rather than a preponderance of studies) and readers having no access to the full report, and it’s a problem.

For years now, David Rabiner,  Associate Research Professor at Duke University’s Department of Psychology  Neuroscience, has done an excellent job of parsing the research around ADHD in his newsletter, Attention Research Update. You can subscribe to his free newsletter here, and read through the substantial archives once you are subscribed.  Dr. Rabiner graciously granted me permission to share his latest analysis, of the ADHD and Diet story.

The bottom line: This study seems to provide important information. But it is not definitive for all people with ADHD (nothing ever is!). And to my mind at least, it raises as many questions about the role of ADHD and allergic response as it does about diet. More about that in this post: New Findings on Diet and ADHD: Results from a Randomized Controlled Trial

What role does diet play in ADHD?  This has been a highly debated question for years and a clear answer has remained elusive.

Several years ago, in response to findings from a randomized-controlled trial on the impact of food additives on children’s behavior, the American Academy of Pediatrics (AAP) issued a statement that “For the child without a medical, emotional, or environmental etiology of ADHD behaviors, a trial of a preservative-free, food coloring free diet is a reasonable intervention.”

This was an important acknowledgment by the AAP that diet contributes to ADHD behaviors in some children, and that modifying children’s diet may be helpful. In a prior issue of Attention Research Update, I reviewed another study that supports this conclusion.

Despite evidence that diet contributes to ADHD behaviors in some children, it remains unclear whether this applies to a significant percentage of children with ADHD or to a relatively small minority.

A recent study published in the British journal The Lancet provides new data on this issue and raises the possibility that diet may be a contributing factor in many children with ADHD [Pelsser et al. (2011). Effects of a restricted elimination diet on the behavior of children with attention-deficit hyperactivity disorder (NICA study): a randomized controlled trial.  The Lancet, 377, 503.]

The study was conducted in Belgium and the Netherlands.  Participants were 100 4-8-year old children (approximately 85% males) diagnosed with ADHD.  Children were randomly assigned to a diet group or a control group. The diet tested was the “few foods” diet which largely limits food intake to rice, meat, vegetables, pears, and water.  Parents of children assigned to the control condition were given advice about a healthy diet for their child, but no effort was made to systematically alter food intake for these children.

At baseline, and five weeks after children started the diet, parents, teachers, and a pediatrician completed ratings of children’s ADHD symptoms and oppositional behavior using standardized behavior rating scales. Immunoglobin E (IgE) blood levels were also measured to learn whether they showed any association with a behavioral response to the diet. (Note – IgE is implicated in typical food allergies and reduced IgE levels in children who responded to the diet would be expected if their ADHD symptoms were related to allergic reactions to food.)

It is important to note that parents and teachers could not be kept ‘blind’ to whether each child was in the diet or control group because considerable effort was required to ensure children adhered to the few foods diet.  Pediatricians who examined the child were not aware, however, did remain blind to each child’s condition.

Phase 2 of the study was restricted to children in the diet group who showed significant reductions in ADHD symptoms during the five-week dietary intervention.  These children had 2 different types of foods added to their diet – those with high levels of immunoglobin G (IgG) and those with low levels of immunoglobin G (IlG).  These food types were selected to test whether foods that induce high levels of IgG antibodies are linked to ADHD symptoms.

For this portion of the study, neither parents or teachers were aware of which food type was introduced first and which was introduced second.  They were all aware, however, that new foods had been added to their child’s restricted diet.

Question 1 – Did children placed on the ‘few foods’ diet show a significant reduction in ADHD symptoms?

Thirty-two of 50 (64%) children put on the few foods diet showed a reduction of at least 40% in ratings of ADHD symptoms.  This was true for ‘unblinded’ ratings of parents and teachers as well as the ‘blind’ ratings made by the pediatrician.  Similar positive results were obtained for ratings of oppositional behavior.

In all cases, the reductions reported for the diet group were substantially larger than for the control group, where reports of children’s symptoms remained relatively stable.

No association was found between IgE levels and children’s response to the diet.

Question 2 – Did introducing new foods lead to an exacerbation of symptoms in children who had responded positively to the few foods diet?

Introducing new foods that were either low or high in immunoglobin G resulted in a significant increase in ADHD symptoms among children who had shown a positive response to the diet.

Symptom ratings did not fully return to what they had been at baseline, but the increase following the introduction of new foods represented more than 50% of the decline that was recorded during phase 1.

NO differences in symptom increase were found for the IgG or IlG foods.

These are impressive findings in that nearly two-thirds of a representative sample of young children with ADHD showed a substantial reduction in ADHD symptoms when placed on the ‘few foods’ diet.  In fact, the authors conclude their study by suggesting that “…dietary intervention should be considered in all children with ADHD, provided parents are willing to follow a diagnostic restricted elimination diet for a 5-week period, and provided expert supervision is available.”

This is a strong statement and it is important to carefully evaluate whether it is fully supported by the study results.

Here is my concern with the study. In the first phase, because parents and teachers were aware of which children were on the diet, it is possible that their ratings were influenced by this knowledge.  This is a limitation the authors readily acknowledge.

Although the ‘blind’ pediatrician made similar ratings, these ratings were based not just on the pediatrician’s observations of the child during the exam, but also on information provided by the parents.  Thus, pediatrician ratings were likely influenced by potentially biased parent reports.  In my view, this is a plausible alternative explanation for the results obtained.

What about the fact that introducing new foods to children who responded positively to the diet led to a significant increase in their symptoms?  Doesn’t this show that ADHD symptoms were exacerbated when foods not part of the ‘few foods’ diet were consumed?

Possibly, but because parents knew that new foods were being introduced, their ratings may have been biased by expectations that deviating from the diet would contribute to a return of their child’s symptoms.  This would be a poor argument if results conformed to the expected pattern, i.e., an increase when IgG foods were introduced by not when IlG foods were introduced, but this is not what was found.  Instead, similar increases followed the introduction of both food types, which would be plausible if expectations were influencing parents’ ratings.

Given that ‘blinding’ parents was not possible, how could the alternative explanations suggested above been ruled out?  While completely ruling out these alternatives is not possible without full blinding, it would have been helpful if measures of child functioning less susceptible to ratings bias were obtained.  For example, an objective computerized test of attention and impulsivity would not be subject to such bias.  If results on this measure aligned with the rating results, it would permit greater confidence in the validity of the rating data.  School-based observations of children’s behavior made by ‘blind’ observers would also have been a strong addition, although I recognize the difficulty involved in obtaining such data.

Other issues to note are that maintaining children on such a strict diet is challenging; in fact the authors deliberately selected young children so that compliance with the diet could be maximized.  Whether this intervention could be viably implemented with older children and adolescents is unclear.  Also unclear is how long even young children could persist on a restricted diet beyond the 5 weeks examined in this study.

These concerns notwithstanding, this was a well-done study and I hope my comments don’t come across as overly critical.

As with any study, however, it is important to consider plausible alternative explanations for the findings, and those suggested above seem plausible to me.  Having said this, it seems unlikely that the strong positive response found in nearly two-thirds of children placed on the diet could be fully explained by these concerns.  Thus, trying such a diet – under appropriate medical supervision – is an option that some parents may wish to consider.

If this approach is tried it would seem important to adhere to the suggestion made by Dr. Jaswinder Kaur Ghuman in a commentary that accompanied the study’s publication in The Lancet.  In this commentary, Dr. Ghuman noted that “…”stringent elimination diet should not continue for more than five weeks without obvious benefit because of the time, effort, and resources required to implement the restricted diet and because long-term effects of dietary elimination on the child’s nutritional status are not known.”

I welcome your comments on this posting. Had you read the headlines on this research? What had been your conclusions and have they changed after reading this analysis from Dr. Rabiner?  Please scroll down to leave a comment. No registration required! — Gina Pera

10 thoughts on “Can ADHD Be Treated with Diet? Understanding A Recent Study’s Limitations”