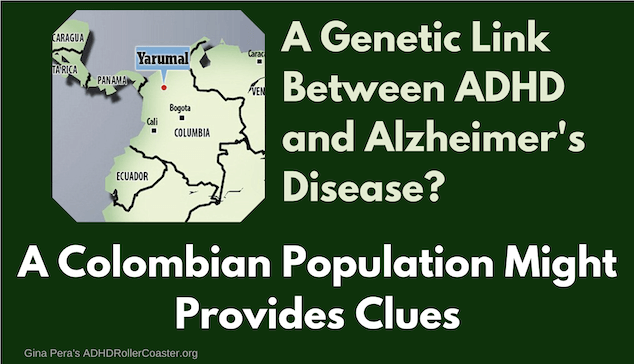 Could studying a genetically linked population shed light on a link between ADHD and Alzheimer’s Disease? That is just one question researchers ponder in studying the Paisa people of Colombia.

For generations, a disease called “The Foolishness” has suddenly struck middle-age members of an extended family in Colombia’s Antioquia region.  It starts with mild forgetfulness. Soon, however, it reduces its victims to infantile incapacitation. It’s not just one family, either.

People here have long attributed La Bobera to a host of superstitions: a mythic priest’s revenge or touching a mysterious tree. Scientists now know it is a genetic mutation. The relatively high rates of intermarriage in this population has concentrated the mutation. Until the 19th Century, this mountainous region they call home remained rather isolated.

Most cases of Alzheimer’s disease have no single genetic cause. Yet, studying such a high-risk gene can shed light on the more common form of the disease. The hope is that this could inform treatment, if not prevention.

In this post, I  follow up on Paisa research and mention other research related to ADHD and Alzheimer’s Disease. Topics include: 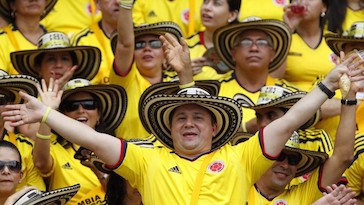 It Started With a Few 16th Century Spanish Families

The malady is a type of early-onset Alzheimer’s Disease. Scientists call it the Paisa Mutation. Broadly speaking, Paisa is the name for people from Colombia’s northwest corner of Colombia.  They descend primarily from a small group of 16th Century Spanish immigrants. Many Paisas have such a particular way of speaking Spanish that some writers refer to as Español Antioqueño.

A mutation occurs when DNA  is damaged or changed in such a way as to alter its genetic message; that message then passes down through the generations. (See The National Human Genome Research Institute page on mutations.) By studying this mutation, researchers hope to learn more about other forms of Alzheimer’s and its treatment.

Pam Belluck shares the dramatic details on the disease and its discovery, along with hopes for treatment, in The New York Times. (There is an article, “Alzheimer’s Stalks a Colombian Family“, and a video, “The Vanishing Mind”)

This isn’t the first time that genetic discovery has taken place in the Paisa population. In fact, researchers studying this unique population have learned much about ADHD from them, too. For example, a genetic link between ADHD and conduct disorder/oppositional defiance disorder was discovered by studying selected Paisa families (multi-generational).

You can read more about the Paisa Mutation at this page on a Alzheimer’s Research networking site: PSEN1 E280A (Paisa) 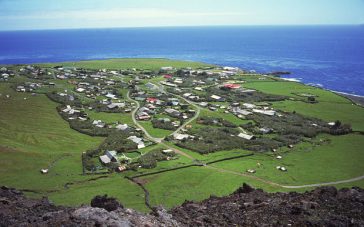 What’s so special about the Paisa?  They have been considered a so-called genetic isolate population. For generations, they have mixed very little, genetically speaking, with outside populations.  As the populationhas increased, the gene pool has thus become “concentrated.”  Thus, they provide a rare opportunity to tease apart the link between genes and the human traits/diseases the population experiences at greater-than-average rates.

Ethnic Finns are also considered a human genetic isolate. To read about the 40 rare hereditary diseases more prevalent in Finland than anywhere else in the world: Molecular Genetics the Finnish Disease Heritage).

Another genetic isolate? The inhabitants of Tristan da Cunha (pictured above) a remote island in the south Atlantic Ocean settled by British Marines in the early 1800s. Tristan da Cunha families are beset by asthma in greater-than-average numbers. See Asthma Island.

The Paisa and ADHD: Genetic Research

The genetic isolate that has long interested ADHD researchers, however, is Colombia’s Paisa people.

Several years ago, I enjoyed a presentation by Max Muenke, MD, on the genetic links to ADHD.  At that time, Muenke was chief and senior investigator of the Medical Genetics Branch of the National Genome Research Institute.

His team published the research mentioned above (on ADHD and conduct disorder). Below is a figure from another study: “Attention-deficit/hyperactivity disorder (ADHD): Feasibility of linkage analysis in a genetic isolate using extended and multigenerational pedigrees“.

More recently, the research team discovered that certain variants in one gene (LPHN3) act as a trigger for ADHD. They did this by first analyzing data from their studies of the Paisa families. Then they validated their findings by replicating the study in samples from other populations. That included two in the U.S., indicating that the mutation is not likely to be a statistical curiosity restricted to the Paisas.  You can read a report about the study: Researchers Identify Gene Associated with ADHD Susceptibility.

Is there a link between the “Paisa Mutation” and the higher-than-average prevalence of ADHD among the Paisa?  That has yet to be explored.  Stay tuned.

Meanwhile, here is a 2013 presentation from Dr. Muenke:

Sweden isn’t a genetic isolate. But it offers an excellent large-scale research tool: The Swedish Health Registry. It contains decades of healthcare data for millions of Swedes. I provide an overview of a landmark study in this post: ADHD Poses Health Risks for Many Conditions and Diseases.

The authors examined the link between ADHD and Alzheimer’s, writing about it in Attention-deficit/hyperactivity disorder and Alzheimer’s disease and any dementia: A multi-generation cohort study in Sweden. Summary:

ADHD is associated with AD and any dementia across generations. The associations attenuated with decreasing genetic relatedness, suggesting shared familial risk between ADHD and AD.

You can read more in this report from the Karolinska Institute: Link Between ADHD and AD Across the Generations.  Excerpt:

The study looked at more than two million people born in Sweden between 1980 and 2001, of whom around 3.2 percent were diagnosed with ADHD. Using national registries, the researchers linked these persons to over five million biological relatives, including parents, grandparents and uncles and aunts, and investigated to what extent these relatives developed dementia. 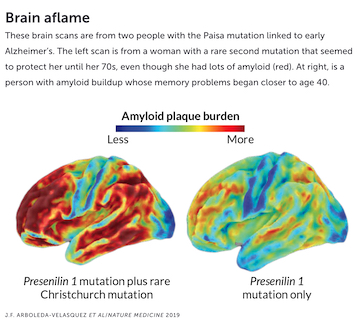 Since the first version of this post, in 2010, Paisa mutations continue to be the subject of scientific inquiry, including the possibility of preventing the severe form of Alzheimer’s.

Here are just two stories.  Both illustrate how genetic science has expanded in complexity. Moreover, both use one case study, a woman named Piedad, as the lens through which to explore this complexity.

Specifically, why did all of this woman’s family members tragically succumb to this disease while she escaped? After all, she as the same gene and a significant amyloid plaque burden. The answer, involving a potentially countering gene, could hold a key to preventing the disease. The 2019 paper was published in Nature Medicine: Resistance to autosomal dominant Alzheimer’s disease in an APOE3 Christchurch homozygote: a case report

Some critics came to question idea of the Paisa as a genetic isolate of white European descendants. “In uncovering this one mutation’s African origins,” as one report put it, “the scientists have revealed a hidden story of blackness in a region that long ago decided it was white.”

Excerpt from In a Colombian Family’s Dementia, a Journey Through Race and History:

“Let me understand something,” Piedad said as she and Moreno wrapped up for the day. “These illnesses that we have, that we suffer in Colombia, were brought by the Spaniards and the slaves that arrived so long ago?”

“Yes — more or less,” Moreno said. In fact, the story had recently become even more complicated.

There aren’t just two presenilin-1 mutations in Colombia. Kosik, Lopera and their colleagues have in recent years found nine more, across families ranging from just a few members to hundreds. Some of the mutations are considered “novel,” or never before reported anywhere in the world. Others have been reported, but in places as far-flung as Turkey, meaning they either arrived with immigrants or arose independently in more than one place.

Excerpt from A DNA Mystery: A Woman Was Supposed to Get Alzheimer’s By Age 50. Why Didn’t She?

In the fall of 2015, Yakeel Quiroz heard about a woman who defied everything she knew about Alzheimer’s disease. Quiroz, a neuroimaging researcher at Massachusetts General Hospital, has spent more than two decades studying an extended Colombian family with a genetic mutation that causes a devastating younger-onset version of the disease. Every relative with the so-called Paisa mutation experiences la bobera — “the foolishness.” They become forgetful in their mid- to late-30s, struggle with complex tasks and develop mild cognitive impairment in their mid-40s, usually have dementia by their 50s, and typically live for only a decade more.

That fall, Quiroz was on the phone with her collaborator in Colombia, Dr. Francisco Lopera, who has built an Alzheimer’s registry of more than 6,000 members of the family (about half have the mutation). Lopera said a woman had recently enrolled who had the Paisa mutation, which meant “she was supposed to have dementia in her 50s,” Quiroz says. But the woman was in her early 70s and had no signs of memory loss. 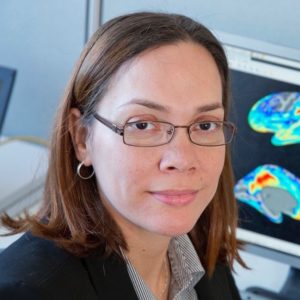 As mentioned in the stories above, Yakeel Quiroz, PhD, began working with this Paisa population in the 1990s.  A native of Medellín, she first became involved while in college nearby and continued as her career took her to Harvard University.

Traveling for work to her home country means spending time with her father, two sisters, and extended family. Quiroz brings her young son so that he can play with his cousins while she works. “He loves the farm animals and spending lots of time outside in the mountains,” she says. And she loves the year-round mild tropical weather. “The nickname for Medellín is ‘City of the Everlasting Spring.'” (Adapted from her profile at the American Psychological Association website)

In June 2022, Dr Quiroz gave the Frances Mahoney Lecture on Aging at the National Institutes of Health (NIH).  You can watch the video below (or at this link).

In this talk, Dr. Quiroz discusses how longitudinal studies conducted in this Colombian cohort can inform biomarker research, disease prevention, and treatment development.  The ground-breaking findings coming out of this research have helped researchers re-conceptualize Alzheimer’s disease as a sequence of events beginning decades before cognitive decline is evident.  The ultimate hope is that by understanding and being able to identify the earliest changes associated with Alzheimer’s, we can develop and initiate interventions which prevent or slow the progression of the disease.

8 thoughts on “ADHD, Alzheimer’s, Genes, and the “Paisa Mutation””