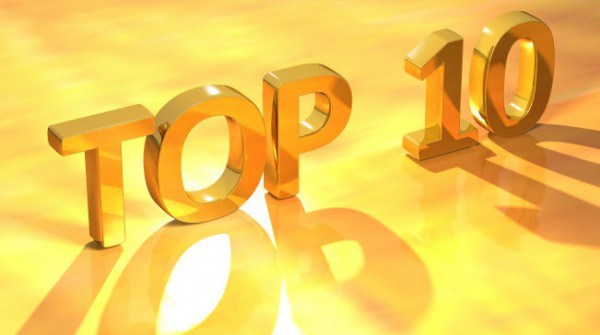 What do Adderall, empathy, dopamine, and Concerta generics have in common? They featured prominently among my top 10 blog posts for 2015. But even well into 2022, these posts remain relevant.

Unlike real-life roller coasters, this ADHD Roller Coaster blog went only up, up, up in 2015!  Subscribers and views increased tenfold.  Thank you for riding this coaster with me. In 2016, may your lives go only up, up, up.

So, here below are the top 5 Most-Viewed Blog Posts (or series) for 2015—with the next 5 next week;  to visit the post, just click on the headline.

Note: Some posts date prior to 2015 but remained among the most popular. Maybe you missed them!

1. The Tragic Truth Of Adderall — or “Madderall”

Sparking this post was a news report about young man with a history of Adderall abuse commits suicide. But I’ve long been warning about the risks of Adderall, even when taken legitimately.

Bonus: This post includes an excerpt from my first book’s chapter on medication, my grass-roots effort to educate patients.

2. The ADHD and Bipolar Disorder Connection

This exception is no longer timely. The links I refer to are no longer online.

Fellow journalist-turned-mental-health advocate John McManamy and I talk about the Venn diagram of our work — how some people with bipolar disorder (his specialty) also have ADHD (mine), and vice-versa.

Update: John has written a new book on bipolar disorder: Not Just Up and Down: Understanding Mood in Bipolar Disorder (The Bipolar Expert Series Book 1). Available in paperback or Kindle. John’s prose is gripping!  Especially in conveying what bipolar disorder can feel like from the inside (John has the condition himself). I hope to post an excerpt soon.

Many people confuse empathy with other behaviors—sympathy, kindness, or compassion, for example. Empathy is not those things, though it might accompany them.

On the simplest level, empathy is simply being able to “understand where that person is coming from. ”

For this post, I excerpted from my first book an item about how ADHD can impair empathy—along with results from a recent study that examined dopamine’s effect on the brain when it comes to empathy.

I particularly enjoyed the comments. In particular, those from women with ADHD who wrote of their “overwhelming” empathy as being a massive weakness—because they could not regulate it. No doubt this dovetails with emotional dysregulation, another risk of poorly managed ADHD.

This point strikes home to me yet again: ADHD is all about self-regulation. Finding the middle ground between “too much” and “too little.”

I didn’t have time to cover this story—much less lead a lobbying effort to get the FDA to downgrade the new interior generics. But what else could I do?

The e-mail coming in was heartbreaking: People with ADHD, young and old, finding their lives going off the rails. See Sound Off: Users of Downgraded Concerta Genetics.  Could it possibly be the new Concerta generics?

As it turns out, YES, it could.

But did their physicians realize this? Mostly not. (A stand-out exception is Kansas City pediatrician Kristen Stuppy, also beating the drum on this topic, at her  Quest for Health blog.)

Did their pharmacists and insurance companies realize this? For the most part, no. Which added an extra level of misery to this fiasco. (Kudos to Walgreen’s for being the exception. A rap on the knuckles to CVS for being a worst offender.)

Putting on my investigative reporter hat, I talked to ADHD researchers. They  confirmed the problems with the then-new Concerta generics (made by Mallinckrodt and Kremers Urban). Next, I talked to several people at the FDA before finding an extremely helpful assistant to the director.

She explained that yes, the generics technically met FDA requirements, but there was some gray area. (Much of the issue rested on Concerta’s novel delivery system, the OROS pump; it’s what makes Concerta Concerta, instead of, say, Ritalin LA, but these generics did not employ this delivery system.)

When I relayed the problems that readers had reported to me, she suggested that I open an FDA MedWatch complaint. I did, and urged readers to file a complaint. And they did!   (Read more at:We did it! Cocnerta on FDA Generics MedWatchlist)

Check out the first-hand stories I collected from blog comments.

Months later, the FDA formally downgraded the generics—great news for those whose insurance companies had forced them to take the generics rather than brand Concerta.  (See Victory! Concerta Generics Downgraded)

By then, the story had gotten so complex I wrote a Q & A summarizing the major points.

In 2017, the Trump White House appointed an FDA chief from the far-right American Enterprise Group. Scott Gottlieb overrode FDA scientists concerns about “bioequivalence” for novel delivery system medications.  (Such as Concerta’s.)  Without the sophisticated mechanisms that control release, they argued, the generic will not have the same rate of release as the brand.   And that can be key.

Next thing we know, a slew of inferior Concerta generics flooded the market.   Big Generic is a menace.  Read: Update: Concerta Generics

5. A Must Read About Girls with ADHD

In 2015, the classic book Understanding Girls with ADHD underwent a massive updating.

Its co-authors, developmental pediatrician Patricia Quinn and psychologists Kathleen Nadeau and Ellen Littman, outdid themselves. With this revision, they incorporated the recent research on girls with ADHD and expanded their sage advice to parents.

Might I share an excerpt from this must-read book, I asked. Dr. Nadeau responded with something even better: a personal essay.

I always welcome your comments!