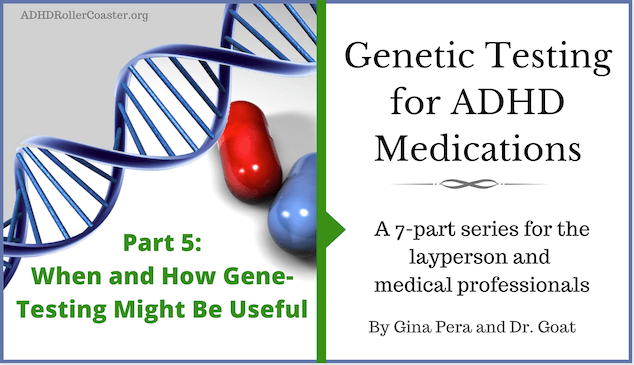 What are the ADHD gene-testing benefits and limitations when it comes to choosing medications?  That’s the topic of post 5 in this series: Gene-Testing to Inform ADHD  Drug Therapy.

Throughout this 7-part series, we explain all the factors involved—defining terminology, offering examples of our own tests, and more.

Here in Part 5, we help you to decide how and why this gene-testing might be useful for you or your loved one.  We’ll offer three common scenarios for which testing might be informative. We’ll also remind that test results are only one piece of the puzzle.

Get ready for this week’s simple metaphor to explain complex science:  You can’t stay warm in the winter—even if your heating system is functioning perfectly—if

To Recap The Series Thus Far:

1  Provides an overview of genetic testing as it relates to ADHD medication-response.

2  Briefly shares testing results for my husband and me, along with my husband’s personal reactions to our disparate genes.

3 Defines what is meant by the term genotyping test.

Briefly,  it’s a test that informs you of your genetic particulars. Specifically for our blog series, it refers to tests that identify which variants of the drug-response genes known to be associated with ADHD medications that you have.

Here in Part 5, we explore ADHD gene-testing benefits through 3 scenarios — and talk about limitations, too.

As we’ve seen in previous posts, genotyping of drug-response genes tells you how well certain aspects of your drug-response machinery are working.

Consider genotyping as one part of the puzzle. To simplify this complexity, think of it in terms of a house inspection that inspects only how well the heating system works. For example: 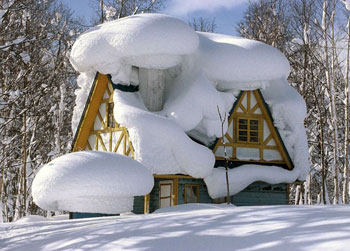 Consider other factors beyond the heating system, to name a few: 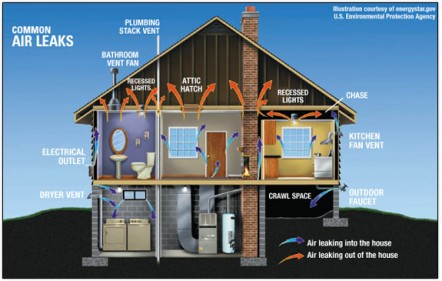 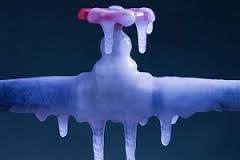 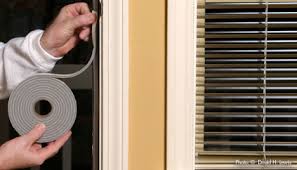 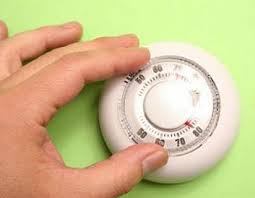 Obviously, these factors also affect the desired goal (a comfortable inside temperature for the house’s occupants).

In other words, you might know that the heating system is working well. But that doesn’t necessarily mean that the house’s indoor temperature will be comfortable. You have to consider the other factors mentioned above (insulation, outside temperature, etc.). 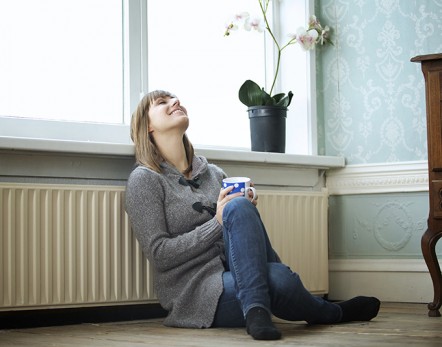 The same applies to genotype data. It will tell you how well one part of the system is working: the drug-response genes. But that’s not the whole story.

There is a huge gap between

And that means we find clear limitations as to the ADHD gene-testing benefits.

The involvement of other factors comes into play, including:

Also, keep in mind: We have a large body of published literature that tells us about response rates to the various medications used to treat ADHD. This information comes into play, too.

For more than a decade, I (Dr. Goat) have taken a stimulant medication listed in the “Consider this last” column of my gene-testing for ADHD medications. You’ll learn more about that when I personally address my application of test results in the series’ next post.

Does this mean that it isn’t useful to know about your specific drug-response?  No. It is absolutely useful to understand, at least in part, the performance of the crucial machinery that affects your ability to process and respond to a drug.

Given all that, we will repeat and expand upon our take on the three scenarios as to when and how to use results from drug-response genotyping:

Let’s examine these scenarios one by one.

You are diagnosed with ADHD and ready to proceed with drug therapy. Genotyping data can help you decide:

Dosage is tricky. That’s because it’s not a yes-no decision. If you’re a poor metabolizer for a so-called active drug, you are likely to need to start with a lower dosage. But, how low? Frequently—or perhaps even typically—no one really knows. It’s not at all clear how one should pick a starting dose.

Take the example of Strattera. The peak blood concentration reached by poor metabolizers is five times higher than normal. Therefore, to be on the safe side, you might want to start with half the normal dose. Even then, this dose might still too high (thereby potentially triggering side effects). Or the opposite: It might be even too low to get a beneficial effect.

Why start at only half the dose rather than 5 times lower? The rationale has to do with the gap between what genotyping tells us and all the other factors that affect how you might respond.

So you may well ask,

what’s all this fuss 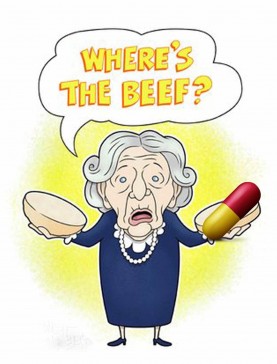 In other words, think of starting at half the dosage as a neutral bet: You may not get much beneficial effect because the dose is too low, but you minimize the risk of side effects.

If you observe few or no side effects, you might then want to consider increasing the dosage, especially if you’re not sure you are getting beneficial effects. You would continue to increase until you start noticing side effects, at which point you might want to back down some. (Ideally, the prescribing physician will be using rating scales and other methods to help you track progress and side effects.)

Gina’s book already makes that recommendation about medications in general:  to  “start low and titrate slow.” (Titration is the process of gradually adjusting the dose of a medication until optimal results are reached). So you may well ask, what’s all this fuss about genotyping?

What about the potential ADHD gene-testing benefit?  It  lies in providing hard data —a rationale as to where to start in your dosage, as well as which medication you might to begin with. Genotyping will help inform those decisions, but it’s not the whole picture.  The alternative is starting blind as to how your body is likely to metabolize and react to the drug.

For many people, starting blind is not an issue. It’s how ADHD medication selection typically goes.  But it should go methodically. Again, see Gina’s book chapters on medication. 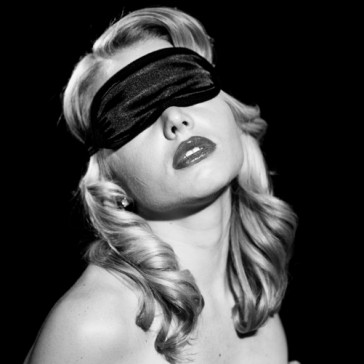 Scenario 2: You are having problems with a specific drug

Perhaps you’ve been taking a medication for a while, are finding the side effects intolerable, and want to try a different medication. These side effects might, in fact, be manifesting because your dosage is too high. This might be because you have a variant of the CYP2D6 gene that confers slow metabolism of an “active” drug, such as Strattera.

Knowing this fact might help you justify a decision to simply lower the dosage (instead of switching to another medication altogether). In that way, you can continue using a drug that is well suited to you.

This point is important because the universe of medications suitable for ADHD is quite limited. Before discarding a drug, we should first address factors that might explain its poor performance. Perhaps a simple dosage adjustment to match your biology is all that is required.

Moreover, because a single gene can influence the effectiveness of multiple drugs (e.g., CYP2D6), it is entirely possible you might have similar side effects with another drug for the same reason you originally ditched the first one: you’re a poor metabolizer for both.

Case in point: One of the main stimulant medications on the market, namely, amphetamine (the active ingredient in Adderall), is also processed by CYP2D6, so whatever variant of this gene you have will likely affect how you respond to both Adderall and Strattera. That’s why knowing the profile of your drug response genes is clearly helpful.

Scenario 3: You are considering adding a drug

This is basically a variant of point #1, except with the added complication that you are already taking one or more drugs.

This is a common scenario. Most adults with ADHD have at least one co-existing condition, such as anxiety, depression, and bipolar disorder.

Because drugs can interact with each other to the detriment of all—and there is often little data in the literature on these interactions—selecting an additional drug and determining its dosage is even trickier.

Knowing that the additional drug is metabolized by one of the drug-response genes is helpful. Why? Because drugs can “gang-up”—thus overwhelming the body’s ability to metabolize them. This comes with all sorts of consequences. 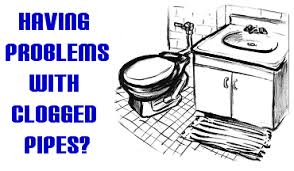 For example, if you know up-front that you are a slow metabolizer due to a single gene involved in the metabolism of both drugs, you might better assess the safety and dosage with which to begin the second drug.

As I’ve emphasized above, many factors beyond genetics influence the outcome of drug therapy. Many of these factors remain unknown to us, such that we are operating in partial darkness in the best of circumstances.

For these reasons, drug selection and dosage decisions will necessarily be imperfect.  We simply don’t have all the information necessary to even approach optimality. That underscores the importance of being conservative and cautious in selecting ADHD drugs and their dosage.

This is especially true for a condition such as ADHD because of its chronic nature. That is, you likely will take a drug for a long time.  Because the range of available drugs is limited, it is crucial to carefully evaluate a drug before discarding it.

Don’t feel bad if you get the sense that ADHD medication treatment is a seat-of-the-pants decision-making exercise—because that is mostly what it is.

Published research tells us a great deal about medication response for large groups of people with ADHD. Research tells us much less when it comes to any one individual.  Fortunately, genotyping of drug response genes means you can now do the individual decision-making with perhaps a bit more light thrown unto this dark landscape. As long as you know what you’re looking at!

Up next at this ADHD Roller Coaster series: Gene-Testing To Guide ADHD Medication Choice—Part 6

We welcome your comments and questions, especially if you are an ADHD-specialist physician with experience in this issue.