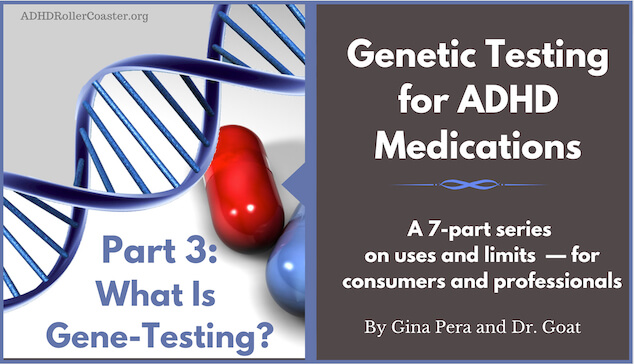 “Gene-testing said that my daughter cannot take stimulants for her ADHD.” A reader sent that to me in 2015. As a result, the girl was taking only Strattera, at a “maxed-out dose,” and not experiencing a significant decrease in ADHD symptoms. Something didn’t sound right. What was this gene-testing?

From her mother’s report, the seven-year-old girl was lost in the fog of ADHD. Unable to follow the teacher’s communication, she couldn’t even play games reliably with the other school children.  As a result, the mother was looking into alternative education.

I worried for that child—and all the people whose physicians were getting it wrong.  That’s why I recruited my husband. He has a doctorate in molecular biology and has taught medical students. He has worked for many years in genomics. And he has ADHD. Boom.

Silly me. I optimistically thought we could write one post to clarify this subject. Instead, it took seven!  That’s because there are so many scientific terms. It was impossible to explain genetic testing without defining these terms — and offering examples. Pharmacodynamics. Pharmacokinetics. Genotyping. Enzymes. Oh my!

All that is to say, welcome to Part 3 in a series examining the utility of gene-testing to help choose ADHD medications.  It is the first online collaboration between my husband (Dr. Goat) and me (Gina Pera), and we are thrilled by the enthusiastic response!  In this post, we explain what the term gene-testing — also called geno-typing — means.

Please Know: There Are Limits to These Tests

Genotyping tests are only one piece of a complicated puzzle. Please do not assume that your test results provide the sole factor in guiding your or your loved one’s medication choices. That is far from the truth. In this series, we explain exactly why—from several angles. 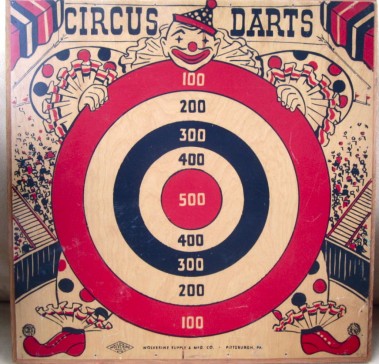 Several companies are making consumer-level tests available. Their purpose? Revealing the kind of drug-response genes the consumer might have. Some of these tests require a doctor’s prescription. Others offer workarounds, in case your own prescribing physician is unfamiliar with the testing. Costs vary.

This post establishes a foundation for understanding these genetic influences. Subsequent posts will examine one particular test in the context of my particular results (Gina’s, too!). We’ll also cover general interpretations of how one’s test results might influence treatment. The rest is up to you and your physician.

[Update: The Harmonyx testing, made available via drugstore pharmacists, was later restricted by the FDA. Other labs offer similar testing by prescription from MD—for example, Genesight and Genomind. These blog posts are pertinent to any type of gene-testing that claims to inform ADHD drug-response.]

You won’t come away from this series of posts knowing everything about genes and drug-response. But you will gain a good general understanding to benefit your, your patient’s, or your loved one’s ongoing healthcare treatment. Best of all, you will be better able to participate in treatment decisions. 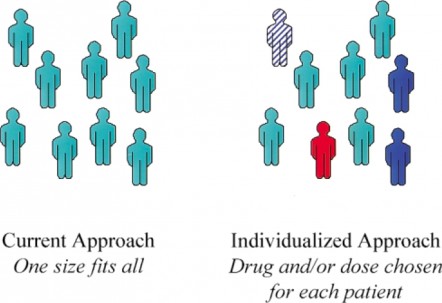 We refer to these genetic tests as performing genotyping, so they’re called genotype tests. 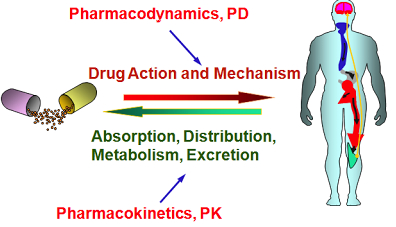 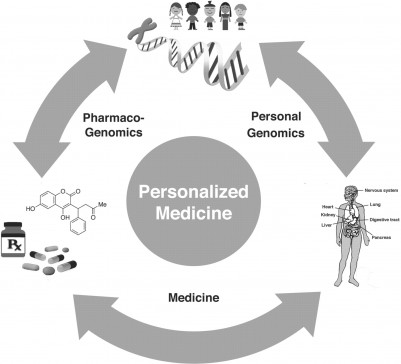 How about you?  Have you tried any of these genotyping tests, for ADHD medications or for other purposes?

Did your physician initiate the testing and interpret for you?  Was the information helpful?

Before pursuing the testing, did you/your prescriber follow a standard protocol for choosing medication?

3. This Post: Defining the term genotyping, or genetic, test.

16 thoughts on “What Is Genetic Testing for ADHD Medications? — Pt. 3”