When we talk about a late ADHD diagnosis, we mean the diagnosis comes a few decades into one’s life. In the case of this post’s guest writer, the ADHD diagnosis came well into her 30s. Finally she understood her difficulties as a girl. Through her we gain a window of how girls we know right now might be struggling— but don’t quite look to be on the outside.

We’re starting to do a better job now of recognizing ADHD in women and girls now. But during Jaclyn’s girlhood, it was completely off the radar.

We cannot ignore the huge toll that living with unrecognized ADHD can take on one’s psyche and one’s functioning.

This post came to me  after the author, Jaclyn Paul, read my opinion piece in the New York Observer (How Esquire Got ADHD Wrong).  Diagnosed in her 30s, she sheds a light on the path for other girls and their parents. To outside observers, she was an All-American girl—smart, achieving, and successful.  In other words, many girls you’d never suspect are still struggling for no “obvious” reason.

Jaclyn is also a writer, artist, wife to a man with late-diagnosis ADHD, and mother to a wonderful boy.  She inspires me with her thoughtful posts at The ADHD Homestead. In 2020, she produced a thoughtful book called  Order from Chaos.  You’ll find links to both the end of this post.

Here is how she came of age, never knowing ADHD played a starring role in troubling challenges. Illustrated with childhood report cards.

It was a typical high school scene: My friends stood in a tight knot against a row of lockers.

My boyfriend leaned against the wall, inching his feet far out so he was precariously balanced. The hallway reverberated with chatter, whoops, and slamming doors.

What came next may surprise you. With no provocation or forethought, I swooped my leg around and landed my foot against my boyfriend’s calves. He hit the ground hard. As I stared at him sitting on the ground wincing in pain, I was horrified—almost as though I had, for a split second, vacated my own body.

What sort of person does such a thing? I’d asked myself this question all my life.

In the third grade, I threw a boy to the ground during gym class, raking long scratches down his forearms with my fingernails. He had cut in front of me in line. My mother, appalled, told me that is how animals behave.

Around the same time, I bellowed “DUH!” at a table mate after listening to our teacher review a lesson with him. This necessitated yet another note home to my parents. 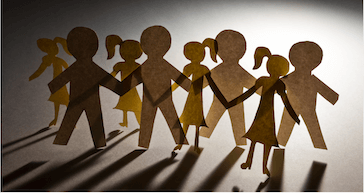 “If I’d Been a Boy, Someone Would Have Mentioned ADHD”

I would love to tell you these were isolated incidents, but they weren’t. I would also love to tell you my parents and teachers recognized the underlying problem here. They didn’t. If I had been a boy, someone surely would have mentioned ADHD.

ADHD occurs in equal numbers across genders. Yet, the majority of elementary school students diagnosed with ADHD are boys.

Because ADHD manifests differently in females and the telltale poor academic performance is often absent, many diagnoses aren’t made until adulthood. ADHD girls suffer through especially challenging childhood and teenage years because they experience social isolation, anxiety, depression, and low self-esteem as a result of their ADHD—often to a greater degree than boys.

Despite my social and behavioral challenges, I earned As and Bs and placed in the 99th percentile on standardized tests. Shrugging off any praise I received for these so-called accomplishments, I said the tests were “stupid” and “anyone could pass them.”

Frankly, our public education system compensated for my ADHD. As a linguistic learner who tested well (as opposed to being visually oriented, like many boys with ADHD), it was only in my adult life, stripped of academia’s structure and rules, that the house of cards began to fall apart. I no longer knew what to do—or what it meant—to get an A.

As I reached out for support, my friends and family struggled to sympathize. After all, I looked smart and successful—from the outside.

“I Lived In A Constant State of Frantic Anxiety”

My friends assured me I was either expecting too much of myself or making excuses for not bringing my behavior in line with that of other adults. My occasional verbal outbursts just meant I had to think before I spoke. Of course my desk got messy sometimes, but didn’t everyone’s?

Surely I didn’t think I was the only one who felt overwhelmed from time to time? Surely not, but my struggles extended beyond what could be considered “average.”

I lived in a constant state of frantic anxiety, knowing I had too much to do but unable to bring specific tasks into focus. Bills went unpaid. Close relationships felt insecure and suffered from my irritability and overemotional behavior. Feeling others’ trust and respect was misplaced, I battled persistent guilt and a fear of being found out.

I had also carried my problematic behavior habits into adulthood: I became irrational and overwhelmed in simple situations and barely contained my impulsive nature.

My close friends laughed at my idiosyncrasies—though sometimes not until the dust had settled—but I lost sight of the humor. They saw surface-level quirks I could fix with a bit of effort and self-control, but I knew better: this was only a tiny window into the painful reality below. 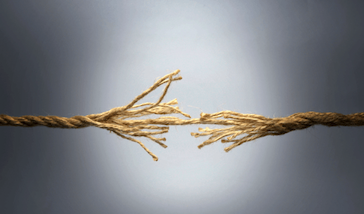 “Eventually, I Hit a Breaking Point”

Women and girls are bombarded by invalidations like “You’re overreacting,” “You’re too sensitive,” or “Calm down.”

For those with ADHD, it’s all too easy to assume we’re just hypersensitive and need to learn to handle our wild emotions. Even our closest confidantes often fail to realize the truth: we can’t stand our disproportionate reactions, either, but we feel utterly powerless to stop them.

Eventually, I hit a breaking point. I was sick of forgetting everything and anything, no matter how important; starting a new project as soon as the novelty wore off on an old one; leaving mail sitting unopened for weeks (or months); picking endless fights with my husband; the list wore on.

Not sure where else to turn, I called my company’s Employee Assistance Program. They brought me in for a consultation, and a few days later I held a bottle of Ritalin and a cautious hope that my life could change.

And change it did. The first day I took the Ritalin, I was afraid to break for lunch because I couldn’t imagine such good luck (i.e. productivity) would strike me twice. When I learned it could (and did), it felt like a miracle.

I didn’t just get more done, either. One day, after a long week at work, I had an epiphany: A week is just a week. We start over every Monday. After years in the clutches of the now, of not being able to see outside the emotion of the moment, I felt so liberated to see my feelings and experiences as finite. 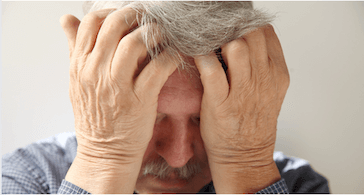 A wide buffer opened up in the moment between when I heard or felt something and when I spoke. The Ritalin literally seemed to slow time down and give me a chance to consider what I said before I said it. Sometimes I even realized it was most appropriate to say nothing at all.

In other words, I began to learn how the rest of the world functions.

Of course, I got my share of raised eyebrows.

“Ritalin? Ritalin?” my dad asked on the phone one night. Because I’d always received good grades, ADHD seemed implausible, especially to the people who felt they would (or even should) have known.

Indeed, my intelligence likely worked against me as much as my gender. According to ADHD expert Kathleen Nadeau, Ph.D., girls with high IQ are least likely to receive a timely ADHD diagnosis.

Girls are expected to be much more aware of the feelings of others, to read and respond accurately to subtle social cues and to maintain more emotional control.

“We Leave So Many Girls With ADHD Behind”

Perhaps this explains, if only partially, my tomboyish childhood and adolescent years. In fact, I had very few female friends until my son was born. I felt I just didn’t understand or relate to them as well.

I still struggle with this, even though motherhood has drawn me closer to the women in my world.

I still have no idea why some girls hated me so much in grade school—what made them drive a field hockey ball at my foot after practice and sneer “good” when it hurt me, what made them suddenly stop speaking to me after years of amiable friendship, what made them chummy in study hall but never interested in inviting me to a party.

Despite these social mysteries, and despite the fact that I still struggle with my ADHD on a daily basis, putting a name to it and seeking professional help turned my life around.

I don’t dwell on how things could have been different had I received an ADHD diagnosis as a child, but I’m disheartened that we continue to leave so many girls behind every year. By defining ADHD with an image of hyperactive little boys who get poor grades, we’re doing these girls a tremendous disservice.

It’s time for us to redefine what ADHD means to us—to give these girls the support they need to grow up into the confident, successful women they deserve to be.

to give these girls the support they need

to grow up into the confident, successful women they deserve to be.

About the Writer: Jaclyn Paul 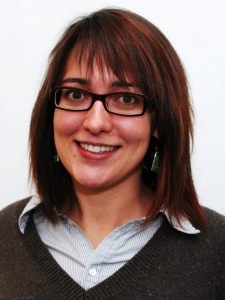 Jaclyn Paul is a fiction writer, blogger, and occasional freelancer. Visit her blog: The ADHD Homestead

Her writing has appeared online in Offbeat Families and The Write Life. She maintained the blog Mix Tapes & Scribbles, a collection of ruminations on creativity and ADHD, for four years.

I highly recommended her new book, Order from Chaos: The Everyday Grind of Staying Organized with ADHD.

She continually inspires me with her thoughtful posts at The ADHD Homestead. In 2020, she produced a thoughtful and helpful book:   Links at the end of this post.

Originally published May 5, 2014, far ahead of the current headlines about “more girls with ADHD being diagnosed.”