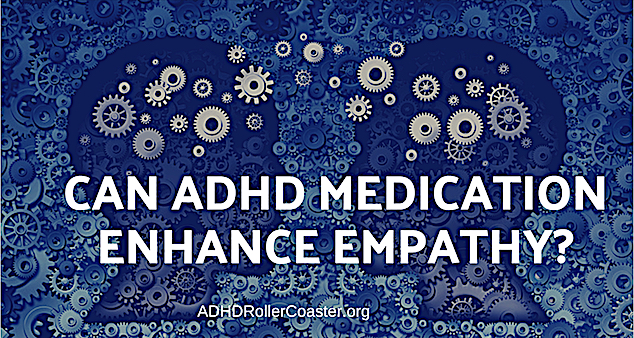 What can a published study — and an excerpt from my first book —  explain about ADHD, empathy, and the neurotransmitter dopamine? That’s what this post is all about.

I started noticing a remarkable phenomenon 20 years ago. That is, stimulant medication, which targets dopamine, enhances empathy (or at least the ability to act on empathy) for many adults with ADHD. How is this possible?

1. Defining empathy (it’s not what most people think — at least it’s more complex).

2. Excerpting a passage on empathy and relationships from Is It You, Me, or Adult A.D.D.?

A sneak preview of the study:  Stimulant medication often enhances empathy in people with ADHD.

But wait. This happens not because the medication creates empathy. Rather, the medication enhances dopamine transmission. That, in turn, allows some people with  ADHD to focus on and access this “higher-order” brain function. In fact, it is one they have always possessed—but haven’t been able to reliably access.

It’s true that we can think of low empathy as fertile ground for narcissistic behavior. Trouble is, narcissism has been seen as a very poor prognosis—that it, it does not respond to treatment. That’s one reason I am sharing important research on that topic.

It is hard for me to over-state how commonly mental-health professionals see narcissism—or even Narcissistic Personality Disorder—where there is instead poorly managed ADHD.

Until individuals and couples—and mental-health professionals—understand this, the risk is a far more permanent label: narcissist. My friend Taylor J. wrote of her concerns about her daughter here: ADHD and Empathy: Was I Raising A Narcissist?

Empathy sounds simple. But it’s really a complex phenomenon. In fact, some people with ADHD have trouble reining in their empathy. They might call themselves empaths, as I explain below.  Stimulant medication often helps them, too. It’s all about the self-regulation:  not over-doing, not under-doing, but finding the middle ground.

Hang in there. The concept should become more clear as you keep reading.  And be sure to read the comments for illuminating first-person insights.=

Empathy is Not Sympathy or Compassion

We often confuse empathy with other behaviors—sympathy, kindness, compassion, and the like. Empathy is not those behaviors or traits—though it might accompany them.

The most commonly accepted understanding of empathy is this: the quality that lets us “get in another person’s head.” When we empathize, we momentarily step outside of our own needs, thoughts, and desires.  We contemplate what another person might be feeling.

There is a difference, though, between empathic and “relating”.

For example, if you’ve been in a bad car accident, for example, you are probably better able to relate to the experiences of other people who survive crashes. You “know how it feels.” But what if you’ve never been in an auto accident? What is the mental process that allows you to imagine what it is like for someone else?

That is a very simple example, but it is meant to drive home the point: Empathy is what allows us to imagine what another person is feeling, even if we’ve never been in that situation ourselves.

Moreover, empathy can allow us to step back from our own emotions, in trying to understand the mindset of a person who is disagreeing or even opposing us.

The cognitive scientists have terms for various types of empathy. But the one we’re most familiar with is called cognitive empathy. It simply means: Imagining how the other person feels and what they might be thinking. It’s also called perspective-taking. Walking in another person’s moccasins. 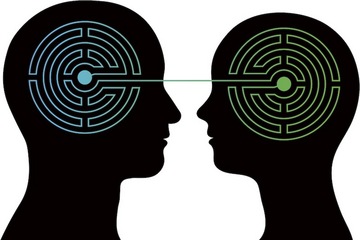 Being able to empathize is key to successful negotiations, including in personal relationships. It can also help us understand why humans do some of the horrible things they do—and, with any luck, helping them to act in more humane ways.

But deficits in empathy cut both ways in ADHD-challenged relationships. Typically, both partners become more mutually empathic, once they both start learning about the causes and varied manifestations of ADHD.

Consider this excerpt from my book, Is It You, Me, or Adult A.D.D.?.  In it, I name “low empathy” as one of three common ADHD-related deficits that can derail relationships.

Poor Empathy: “All Take and No Give”

“My wife seems to have empathy for movie characters, stray animals, or the grocery store clerk,” Alex offers. “But when it comes to her husband and teenage daughter, she often acts downright self-centered.”

Yet, for many people with ADHD, the world can seem so chaotic and their focus so erratic, they don’t even know what they feel, much less what someone else feels.

Even if an adult with ADHD possesses both sets of empathic skills listed above, the person’s impulsivity or rigidity might obscure seeing the world through another’s eyes.

“And if a person is lacking in empathy,” Brooks adds, “he or she is likely to misread a situation and misunderstand the intentions of others. They often expect others to adapt to them, but they aren’t as willing to change themselves.”

It could be that change seems impossible—and the resulting feeling of powerlessness frustrates them even more.

In general, we can’t assume that all humans are capable of “normal” levels of empathy. Empathy is largely a function of the brain, and we all have different capacities.

Treating ADHD with medication often enhances the ability to act empathically. Certain coexisting conditions, however, such as Asperger’s Syndrome, complicate the picture.

[Don’t worry! Elsewhere in the book, I address the empathy deficits in the partners of adults with ADHD. But remember, some of them have ADHD, too. Moreover, empathy distributes on a continuum among humans; there is no one-size-fits-all.]

The 2015 study from the University of California, Berkeley, published in Current Biology, isn’t the first to examine the effects of dopamine’s effects in the brain when it comes to empathy.

This study bears particular relevance to ADHD because this D4 gene variant has been associated with (but is not exclusive to) ADHD.

It’s worth noting: Women carriers of a certain gene variant (the 7R-allele) scored higher in cognitive empathy than female non-carriers.

(I wonder if this might explain the folks who call themselves empaths.   As far as I know, the only empaths are the telepathic Betazoids, on Star Trek.  But I see the term bandied about a lot these days, applying to regular humans.  In my opinion, we only very cautiously assume that we know how another person is feeling. Sometimes this springs from over-confidence and grandiosity—and trouble picking up the signals in more direct ways.)

In men, however, those with the 7R variant scored lower than than men who did not have it.

The UC-Berkley researchers took a different approach in their 2015 paper: Dopamine Modulates Egalitarian Behavior in Humans.

Study participants, on two separate visits, received a pill containing either a placebo or a medication called tolcapone.

(Tolcapone prolongs the effects of dopamine, a neurotransmitter associated with reward and motivation in the brain. Stimulant medications such as Ritalin and Vyvanse also target dopamine; they slow the re-uptake of dopamine at the synapse, the gap between neurons. Tolcapone works a bit differently. This FDA-approved drug is used to treat people with Parkinson’s disease, a progressive neurological disorder affecting movement and muscle control, which are also affected by dopamine.)

This double-blind study of 35 participants, including 18 women.  Neither participants nor study staff members knew which pills contained the placebo or Tolcapone. 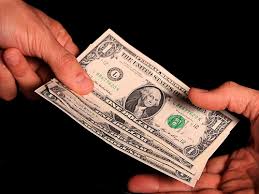 Participants then played a game in which they divided the money among themselves and an anonymous recipient.

The result: Participants receiving Tolcapone divided the money with the strangers in a fairer, more egalitarian way, compared to participants who received the placebo.

According to the press release at the UC-Berkley website, “Altering brain chemistry makes us more sensitive to inequality”:

By connecting to previous studies showing that economic inequity is evaluated in the prefrontal cortex, a core area of the brain that dopamine affects, this study brings researchers closer to pinpointing how pro-social behaviors such as fairness are initiated in the brain.

“We have taken an important step toward learning how our aversion to inequity is influenced by our brain chemistry,” said the study’s first author, Ignacio Sáez, a postdoctoral researcher at the Haas School of Business. “Studies in the past decade have shed light on the neural circuits that govern how we behave in social situations. What we show here is one brain ‘switch’ we can affect.”

The researchers also say that future research may lead to a better understanding of the interaction between altered dopamine-brain mechanisms and mental illnesses, such as schizophrenia or addiction, and potentially light the way to possible diagnostic tools or treatments for these disorders.

“Our hope is that medications targeting social function may someday be used to treat these disabling conditions,” said Andrew Kayser, a co-principal investigator on the study, an assistant professor of neurology at UC San Francisco and a researcher in the Helen Wills Neuroscience Institute at UC Berkeley.  See Kayser’s lab website: The Cognitive NeuroScience of Self-Regulation

This is a small study, one that remains to be replicated.

(I’m not sure what to make of the fact that it was jointly sponsored by the school of business and the neuroscience center, with funding from sources including the Defense Department.)

But the study adds to the increasing body of research around the role of dopamine and so-called “pro-social” behaviors such as fair-mindedness and empathy. 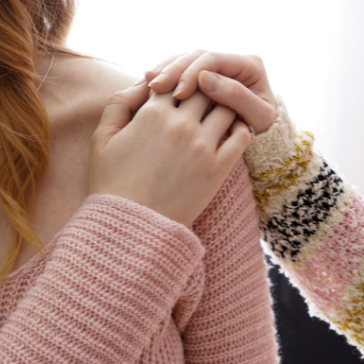 ADHD and Lacking Empathy: Was I Raising a Narcissist?

My parents are horribly mentally ill, and they refuse treatment. Instead, they blamed everyone else for their troubles—and drowned their sorrows in alcohol, drugs, and pity parties. Even when I was in the hospital—sick or with a new baby—my parents could only talk about themselves. I found their utter lack of empathy horrifying.

When married and starting a family of my own, I vowed to be different. Yet, in raising my first-born child, the oldest of four girls, I watched helplessly as every lesson about empathy I tried to impart seemed to bounce cleanly off her soul.

What do I mean by that? Well, for one thing, she would exploit others. She would set up games where everyone had to treat her like a queen visiting from another planet—or convince friends to “share” their favorite toys and clothes. Forever.

My husband and I will be watching a TV show. Suddenly, there’s a surprise twist—a car bashes into a tree, a bullet lands, a fist flies into a face.  Instantaneously, I will react as if that action happened to me. Because, in a sense, that’s how it feels.

Reactions vary: I might yelp or my arm will jump. Whatever my reaction, it both annoys and amuses my husband.

I can suppress this empathic response if I am prepared for the action. But I can hardly anticipate a surprise, right?

Apparently, my mirror neurons are making themselves known.

You’ll find many more posts on Adult ADHD here, from all angles, including relationships:

Breaking out of ADHD Relationship Dysfunction — After Not Breaking a Fall

Adult ADHD and the Automatic No — And Automatic Yes

Now, what about you?

What has been your experience of empathy as it relates to ADHD?

If you have ADHD, or if your loved one does, have you seen empathy impairments or enhanced abilities to empathize with medical treatment?

Or maybe you’ve seen something else entirely.